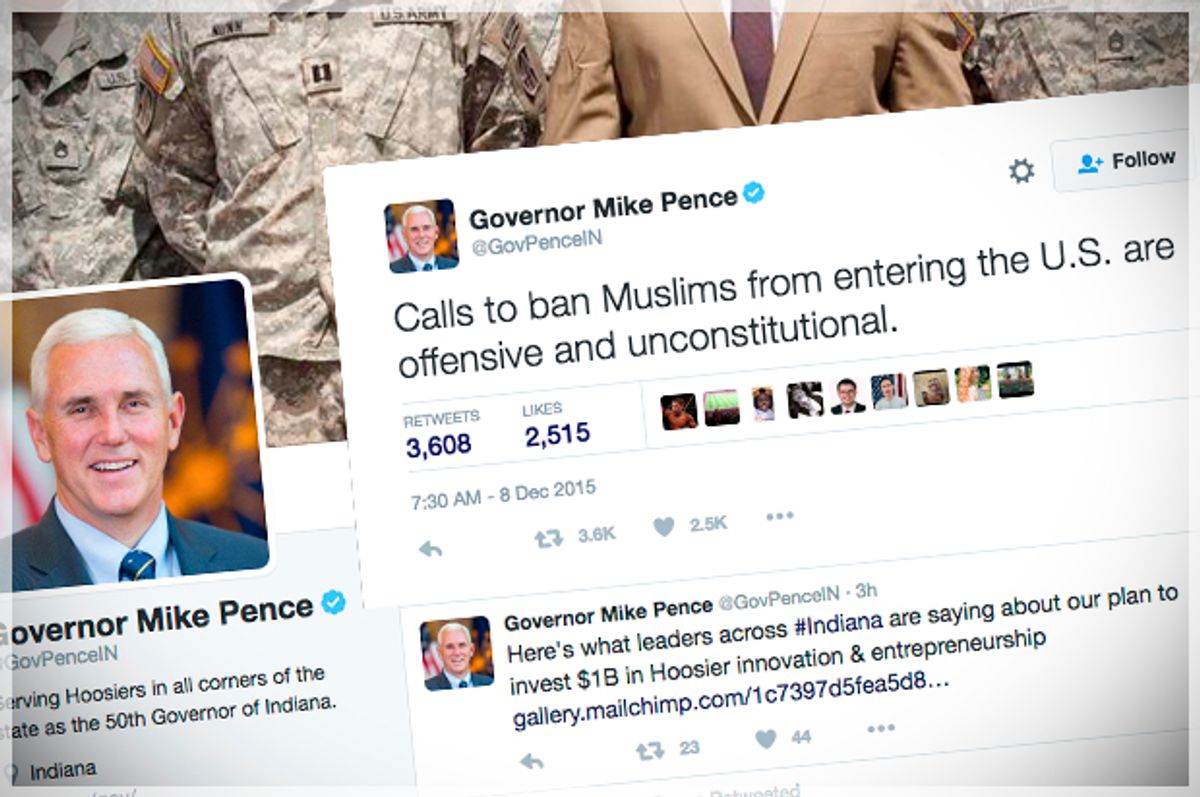 Indiana Gov. Mike Pence is going to be running as vice president with Donald Trump on the Republican Party ticket, several media outlets reported on Thursday.

Just several months ago, however, Pence criticized Trump for his call to ban Muslims from entering the U.S.

"Calls to ban Muslims from entering the U.S. are offensive and unconstitutional," Pence tweeted in December 2015.

Pence was responding to a Trump campaign press release, which stated, "Donald J. Trump is calling for a total and complete shutdown of Muslims entering the United States until our country's representatives can figure out what is going on."

The Indiana governor, who was a member of the House of Representatives from 2001 to 2013, is a staunch right-winger and a proud member of the Tea Party movement.

Local news outlet IndyStar confirmed on Thursday that Pence had been selected as Trump's running mate.

The formal announcement is scheduled for Friday morning in Manhattan.

Before entering politics, Pence worked in the media, although Salon has detailed in another article how a Trump-Pence presidency could threaten press freedoms.

Pence is also a hard-line conservative Christian. He has described himself as "a Christian, a conservative and a Republican, in that order."

While Pence has expressed opposition to outright banning Muslims entering the country, he has previously warned about "radical Islam."

After the massacre at a gay Orlando nightclub on June 12, Pence tweeted, "As we mourn and grieve, we must take away from this renewed vigilance at home and confront radical Islam at the source."

In February 2015, Pence also tweeted, "It's clear we are confronting a growing threat around the world in the rise of Islamic extremism," along with the hashtag #FoxNewsSunday.

In past op-eds, BuzzFeed reported, Pence has also insisted that, "Despite the hysteria from the political class and the media, smoking doesn’t kill." In one column, Pence claimed the carbon dioxide emitted by burning fossil fuels does not cause global warming.

Unlike Trump, Pence has also expressed support for the global neoliberal trade agreement the Trans-Pacific Partnership, or TPP, which was written in secret with the input of multinational corporations, and which labor and environmental groups warn would be disastrous for the economy and the climate.