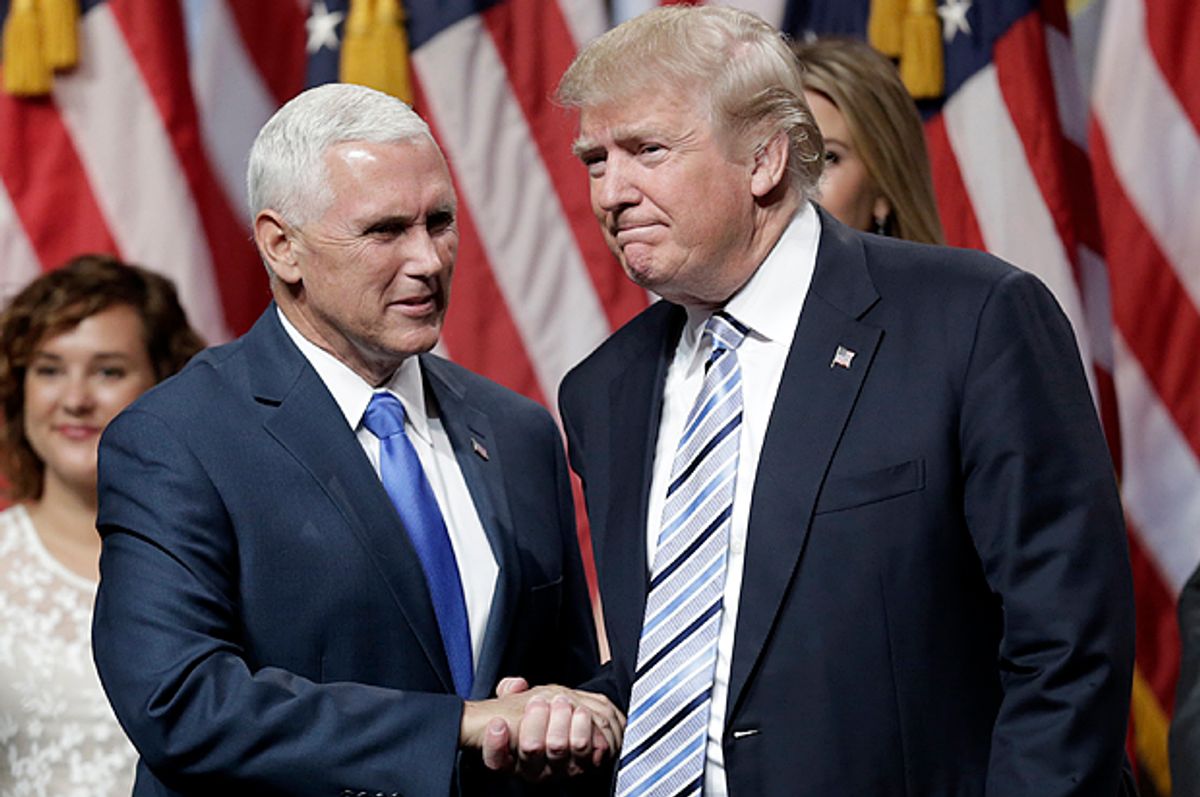 Welcome to Day One of the Republican National Convention. We’re about to embark on a 96-hour extravaganza of speeches, votes, more speeches, and gratuitous Reagan references that will culminate in the still-not-entirely-believable nomination of Donald Trump as the Republican Party’s presidential candidate. The theme of today’s festivities, per the official convention schedule, is “Make America Safe Again,” and the focus on foreign policy and national security is reflected in a speaking lineup that includes former Navy SEALs, retired generals, and “Superbabies: Baby Geniuses 2” co-star Scott Baio.

This is Trump’s show and he wants us talking about national security, so let’s talk about national security. Specifically, let’s talk about the most significant national security policy issue of the last 15 years: the invasion of Iraq. The topic came up over the weekend as Trump and his newly unveiled running mate, Indiana governor Mike Pence, sat down for a gloriously awkward interview with “60 Minutes.” Trump has been boasting for a while now that he was against the Iraq war from the start (more on that it a moment), so CBS’s Lesley Stahl asked Trump what he thought about the fact that Pence, his hand-picked running mate, voted in favor of the invasion.

Here’s the exchange that followed:

STAHL: What do you mean that you don’t care that he voted—

TRUMP: It’s a long time ago, and he voted that way, and they were also misled. A lot of information was given to people—

STAHL: But you harped on it.

TRUMP: But I was against the war in Iraq from the beginning.

STAHL: But you’ve used that vote of Hillary’s, it was the same as Gov. Pence—

TRUMP: Many people have!

STAHL: —as the example of her bad judgment.

TRUMP: Many people have, and, frankly, I’m one of the few that was right on Iraq.

STAHL: But what about—he did.

TRUMP: He’s entitled to make a mistake every once in a while.

I recommend you watch the video so you can appreciate both Stahl’s exasperated incredulity and Pence’s obvious discomfort at having Trump so egregiously mishandle this politically sensitive portion of his record.

Let’s rip this answer all to shreds, shall we? First off, the claim that Donald Trump “was against the Iraq war from the beginning” is a lie and it’s a lie that he keeps reiterating on televised news programs without any real pushback. Second, it’s amusing to see Trump wave away Pence’s support for the Iraq war as the product of poor information fed to him by the Bush administration, given that he said the exact same thing in 2006 about Hillary Clinton’s support for the Iraq war. “Don’t forget that decision was based on lies given to her,” Trump said of Hillary at the time. “She’s very smart and has a major chance to be our next president.” So already we’ve got a flagrant lie and a bit of wild hypocrisy.

And that brings us to the double standard that Trump explicitly laid out: Pence deserves forgiveness for his pro-war vote while Hillary does not. You can chalk that up to unguarded partisan interest or outright sexism, but if you subscribe to the idea that support for the Iraq disaster is something that can be forgiven, Mike Pence is far, far, far less deserving of absolution than Hillary Clinton.

Clinton, for her part, repented her 2002 vote and called it a mistake. She was a critic of the Bush administration’s mishandling of the war and pushed for an end to the conflict. None of those things erase the stain of her early backing for the invasion, but they represent a hell of a lot more contrition than Mike Pence has ever shown. Pence supported the invasion, he endorsed and echoed the inaccurate warnings about Iraq’s weapons programs, he made every excuse for George W. Bush and his administration as the Iraq policy failures mounted, and he was a prominent supporter of the “surge” strategy – Pence traveled to Iraq in 2007 and famously described a stroll through a Baghdad bazaar as “just like any open-air market in Indiana in the summertime.”

So with national security in focus on day one of his nominating convention, Trump has decreed that Pence should be forgiven for a war vote that he doesn’t view as a mistake, while Hillary shouldn’t be forgiven for that same vote even though she does view it as a mistake.

It’s all terribly confusing. Perhaps Scott Baio will help to sort things out.