"It is all on the line": Paul Ryan makes an awkward plea for a “conservative governing majority,” not so much Trump, at RNC

The Speaker only mentioned the GOP's presumptive nominee twice, yet still got the crowd roaring 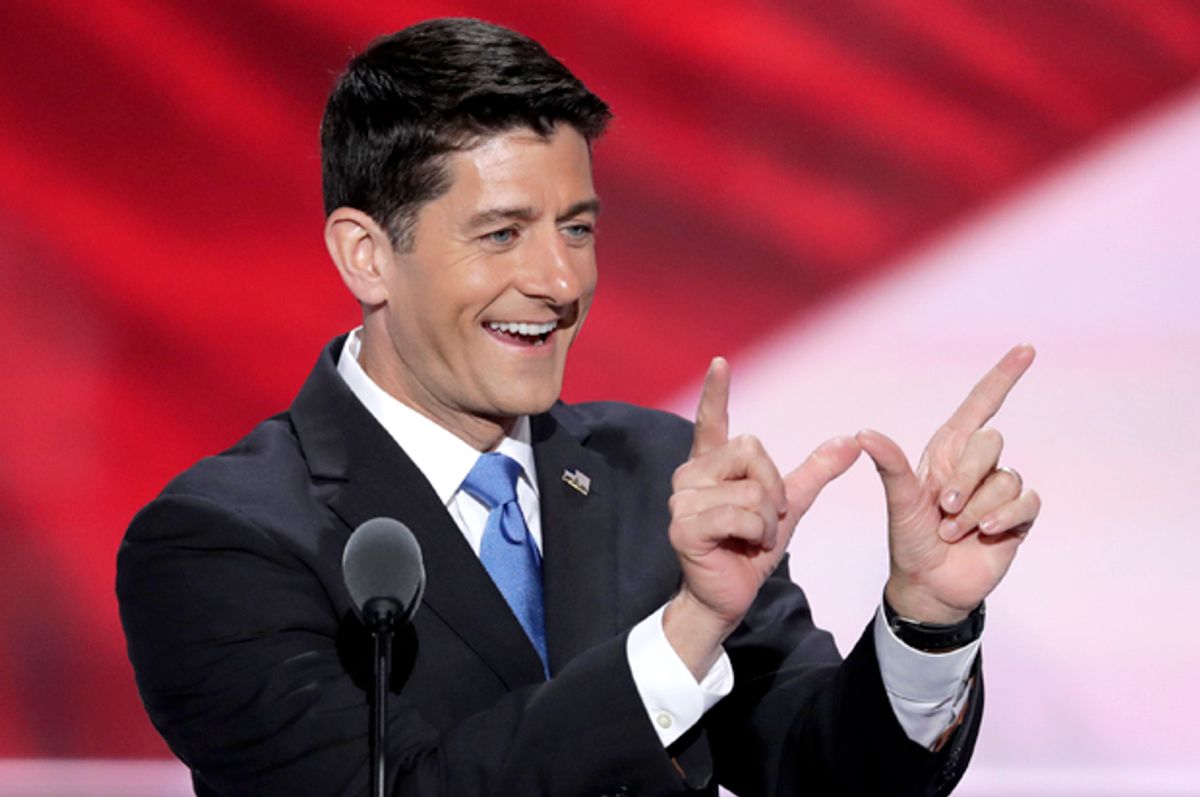 Well, that was an awkward, if not earnest, speech by the Speaker of the House Paul Ryan during night two of the RNC.

Ryan's address to the Republican foot soldiers gathered in Quicken Loans Arena was meant as a pep rally after a opening night disaster of a plagiarism scandal and ahead of a competitive election this fall.

"Democracy is a series of choices," he told the delegates. "We Republicans have made our choice. Have we had our arguments this year? Sure we have. You know what I call those? Signs of life. Signs of a party that is not just going through the motions, not just mounting, mouthing new words for the same old stuff."

On "Make America Work Again" night of the convention, the speaker was sure to pepper his speech with an overtly negative outlook.

"Watch the Democratic Party convention next week," he said to the crowd, "that four-day infomercial of politically correct moralizing. It'll be a reminder of all that is at stake in this election. You can get through four days with a little help from the mute button. But four more years of it? Not a chance. Not a chance."

“The Republican Party stands as the great enduring alternative party,” he said. “We offer a better way for America, with reforms that actually work,” he said, before listing off the same conservative pablum of less regulation and lower taxes.

"None of this will happen under Hillary Clinton. Only with Donald Trump and Mike Pence do we have a chance of a better way," Ryan said to cheers and applause. "And last point, let the other party go on and on with its constant dividing up of people. Always playing one group against the other as if group identity were everything. In America, aren't we all supposed to be beyond class?"

"Whatever we lack going into this campaign, we should not lack for motivation," Ryan said to end the speech. "In the plainest terms I know, it is all on the line. So let's act that way. Let's act that way."

By the end of it, despite its boring beginning, Ryan energized the room and set-up his 2020 stump speech:

Well, Ryan doesn't have to answer any more qts about whether he could possibly emerge from Cleveland as the nominee pic.twitter.com/fJTzKiYaGZ

Watch the boring address below: