The hubris of Roger Ailes: A dose of "accountability" for someone who thought he was untouchable

Fox News CEO Roger Ailes clearly believed he was powerful enough to get away with anything, and he was almost right 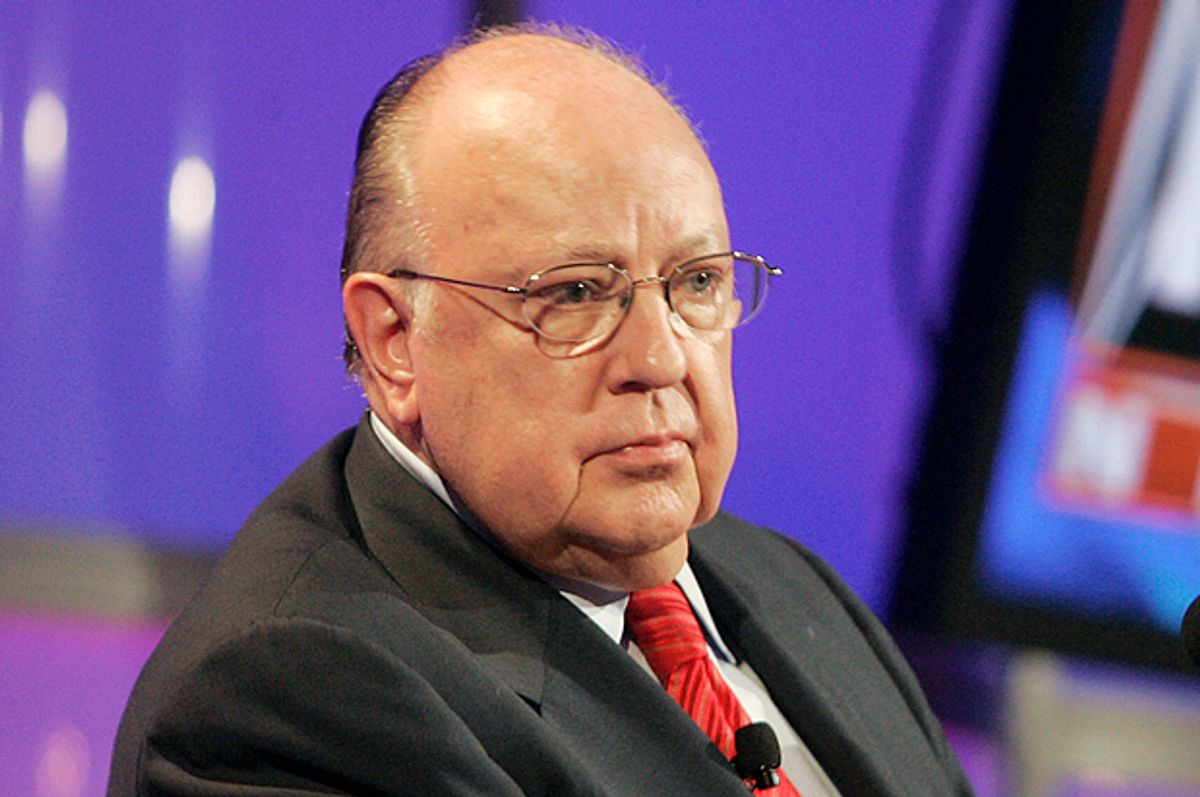 One aspect of Roger Ailes’ rapid downfall that I find intriguing is the gargantuan amount of hubris that the Fox News CEO exhibited on his way to being (reportedly) fired from one of the most powerful jobs in media. The New York Times reported late Tuesday that Ailes is negotiating the terms of his exit from Fox News after two decades spent building the network into a money-making giant and a potent force in conservative politics. In that position, he operated without any real accountability – Fox’s financial success and his own dictatorial grasp on the company left him largely untouchable. And it certainly seems like Ailes’ assumption that he could get away with anything contributed to the swift reversal of his fortunes.

The proximate cause of Ailes’ ouster was the sexual harassment lawsuit filed by former Fox anchor Gretchen Carlson earlier this month. According to Carlson’s complaint, she was the target of unwanted sexual advances and discriminatory treatment by Ailes, who eventually terminated her employment with the network as retaliation for refusing to have a sexual relationship with him. Ailes’ bosses at News Corp. set up an independent legal review to look into the matter, and the fact that Ailes is on his way out the door just two weeks after the suit was filed suggests that the investigation found that her allegations have merit. (Several other women have come forward to accuse Ailes of harassment, and Fox News primetime anchor Megyn Kelly reportedly told investigators that Ailes harassed her a decade ago.)

If that is indeed the case, then let’s take a step back to consider what has transpired here. Ailes had authority over Gretchen Carlson as her boss, and he allegedly abused that power horribly. But he obviously felt confident enough that his power to advance or derail Carlson’s career would shield him from any repercussions for his loutish behavior. (Carlson’s suit specifically alleges that, during a meeting in 2015, “Ailes had made it clear to Carlson that he had the power to make anything happen for her if she listened to him and ‘underst[ood]’ what he was saying.”) It’s an all-too-common feature of workplace sexual harassment: the boss feels he can get away with it because his subordinates will be too worried about the professional consequences of speaking out.

But then Ailes went and fired Carlson anyway, removing all the leverage he had over a woman he (allegedly) persistently sexually harassed over a period of several years. Ailes gave Carlson every reason and incentive to file the lawsuit that precipitated his decline. Why would he do that? Because he’s Roger Ailes. He’s the CEO of Fox News, the biggest and most profitable cable news channel in the country. No one had laid a glove on him over several decades of media dominance, and it certainly wasn’t going to happen now.

It’s tempting to see all this as a well-deserved and long-delayed dose of accountability for a public figure who obviously saw himself as being above judgment, but it’s not that clear-cut. Yes, Ailes seems to be losing his job, but he’s not being told to just pack up his desk and leave. The key wrinkle in all this is that he is negotiating the terms of his exit. “On Tuesday, the sides were negotiating terms that could include Mr. Ailes’s staying on in a consulting role for Fox News,” the Times reported. Regardless of what the actual final terms of his departure agreement look like, he’s almost certain to receive an absurdly generous golden parachute.

Put simply, News Corp. will likely end up paying Roger Ailes millions of dollars for having spent several years sexually harassing his employees and intimidating them into silence. The world will be a better place without Roger Ailes running Fox News, but let’s not pretend that he'll receive anything close to the punishment he clearly deserves.