Yikes! Now Donald Trump Jr. says he would "love" to run for office "as a patriot"

After his questionable speech to the RNC, Trump Jr. said he "would consider" running once his kids finish school 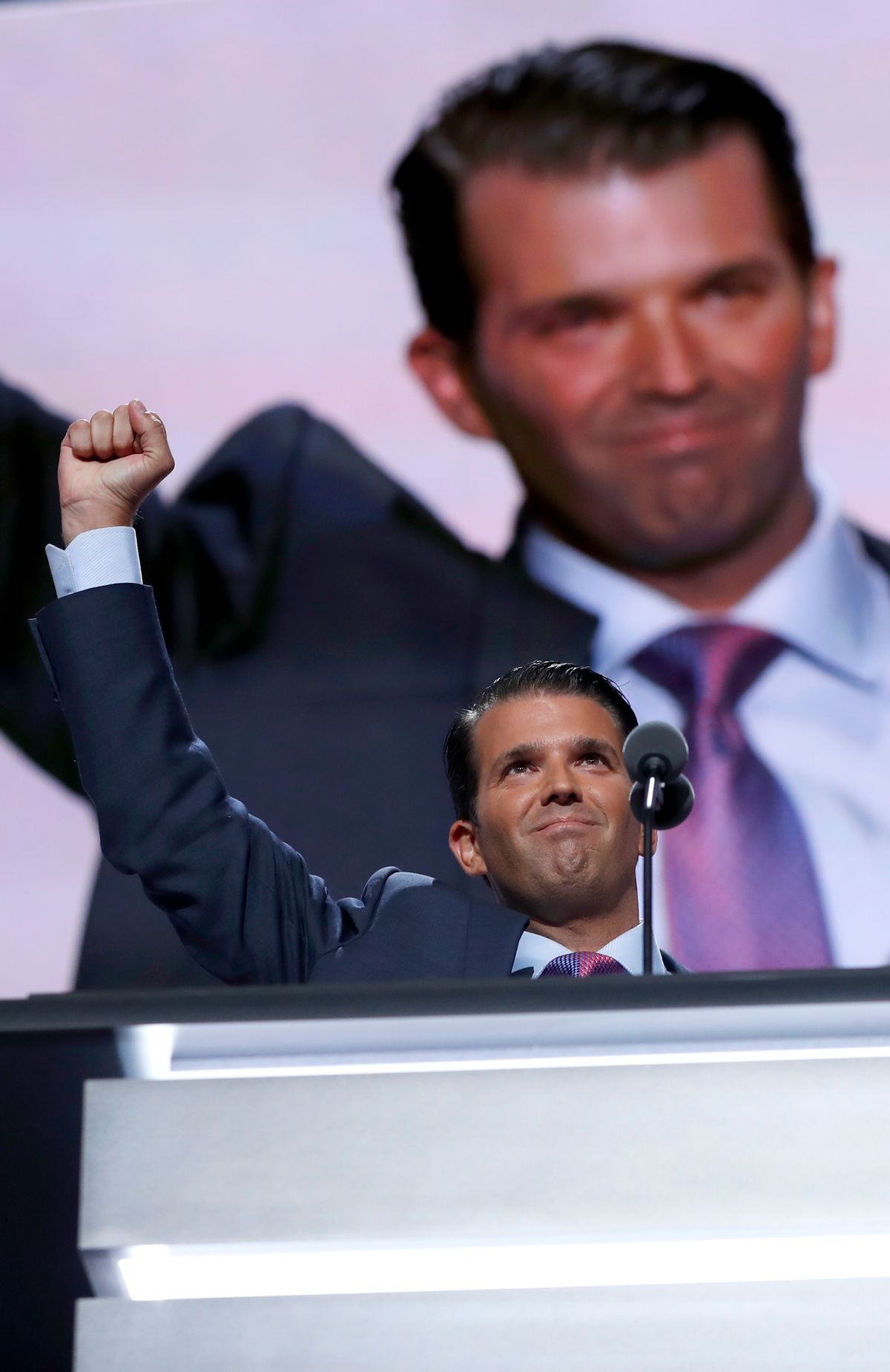 Calling it "one of the most thrilling moments of my life," Donald Trump Jr. brushed aside burgeoning controversy surrounding the second Trump family speech at the RNC in as many days while speaking with the Wall Street Journal Wednesday morning.

The oldest son of the Republican presidential nominee said that while he still has "a lot to do in my own career," he would seriously consider following in his father's footsteps out of real estate and into political life.

The 38-year-old New Yorker said that "maybe when the kids get out of school I would consider it." The father of five explained that he'd "love to be able to do it, as a patriot."

His seemingly premature flirtation with political office comes hours after he delivered a major address to the RNC Tuesday evening -- a speech that has already been flagged as a potential second case of Trump family plagiarism.

While Trump Jr. told Fox News' Sean Hannity that "We [the Trump kids] all took a lot of pride. We all wrote the speeches ourselves," American Conservative columnist told Vox News that the apparently lifted portions can't be considered plagiarism because he wrote both the original column and the Trump's speech.

So while he may not be a plagiarizer in the new conservative definition of the word (my college professors always warned against recycling my own work for new courses) it looks like we may have another Donald Trump popping up on the political landscape very soon.