Ted Cruz refuses to endorse Trump: "Vote your conscience, for candidates you believe will be faithful to the Constitution"

The audience shouted "We want Trump!" and "Endorse Trump!" but the Texas senator pointedly refused 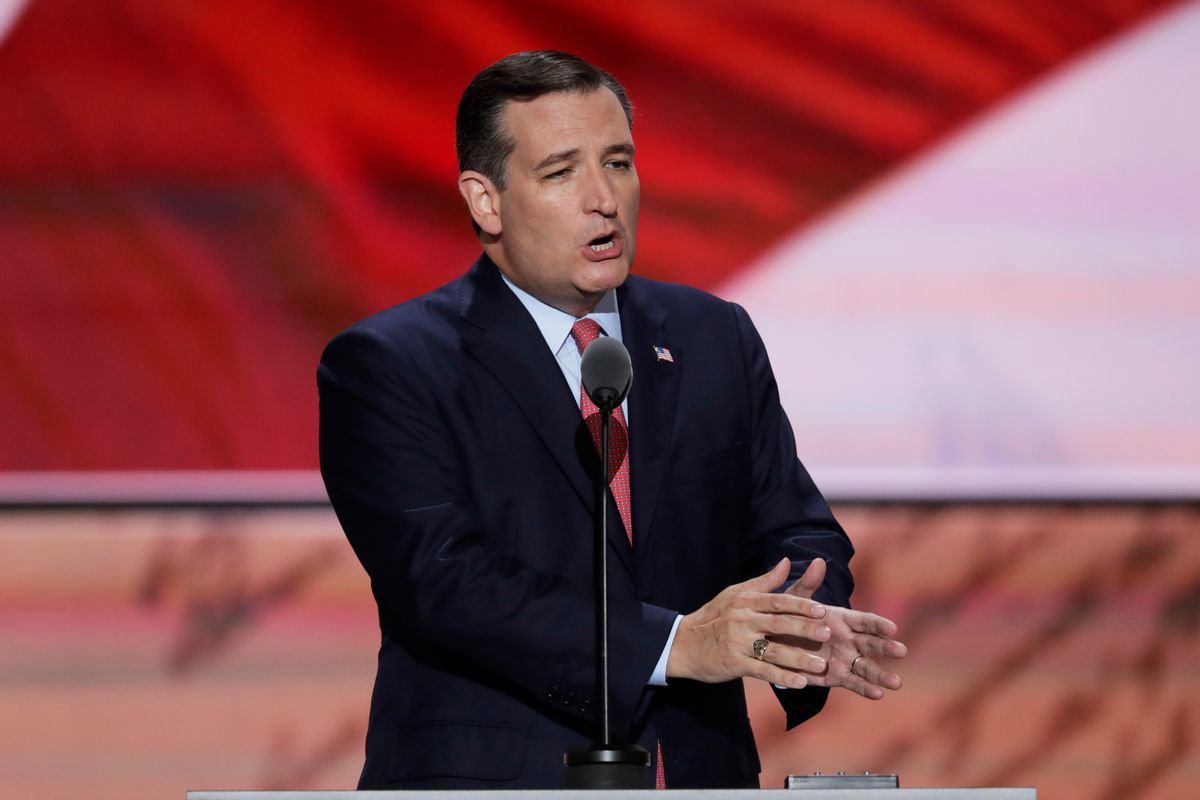 Sen. Ted Cruz speaks during the third day of the Republican National Convention in Cleveland, (AP)
--

On Monday, Texas Senator Ted Cruz's supporters attempted a coup, and on Tuesday they complained that the Republican National Committee's rules forbid them from doing so successfully, so it stands to reason that on Wednesday the man they supported stepped onto the stage in Cleveland and pointedly refused to endorse his once-bitter rival, Donald Trump.

Cruz's supporters are still not very pleased with the outcome of the primary, as evidenced by what happened when Trump's plane landed near a rally at which the Texas senator was addressing them:

Earlier in the primary season, Cruz -- or "Lyin' Ted," as Trump eventually came to refer to him -- referred to Trump as a "narcissist," a "pathological liar," a "sniveling coward," and a "philanderer," but on Wednesday evening he insisted that he came to praise the GOP's candidate, not bury or challenge him to another cage match. Trump, Cruz began by saying that he and his wife were "so happy to join you in Cleveland, where LeBron James just led his team to a great come-back victory."

Only then did he congratulate Trump on winning the nomination Tuesday, but instead of saying that he hoped Trump would win in November, he merely said that he hoped "conservative principles would prevail." Cruz asked the audience to indulge him momentarily, and allow him to speak about some of the victims of the recent shootings in Dallas, saying that they died protecting the very people who were protesting them.

After drawing an elaborate comparison between himself and one of the officers slain in Dallas, Cruz claimed that "America is a simple idea -- 'freedom matters.' For much of human history, government has decreed and the people obey," whereas in America, "we the people constrain government." He further argued that "partisan rancor" has reached a fever pitch, and "we have to do better."

Cruz ran through the litany of conservative complaints about Barack Obama and Hillary Clinton -- Benghazi, ISIS, Iran -- before claiming that the president is "a man who does everything backwards: he wants to close Guantanamo Bay and open the borders; export jobs and import terrorists; but enough is enough, and I am here to tell you there is a better vision of our future."

That vision is not Trump's, however, but "a return to freedom." He claimed that this is a "fight for freedom," and encouraged everyone in attendance to "vote their consecience" -- not for the GOP candidate, even though the audience shouted "Endorse Trump!" and "We want Trump!" repeatedly.

He issued no such endorsement, merely imploring conservatives "not to stay home in November."