The sound of Beatlemania: Can this new release of "Hollywood Bowl" redeem the Fab Four's live record? 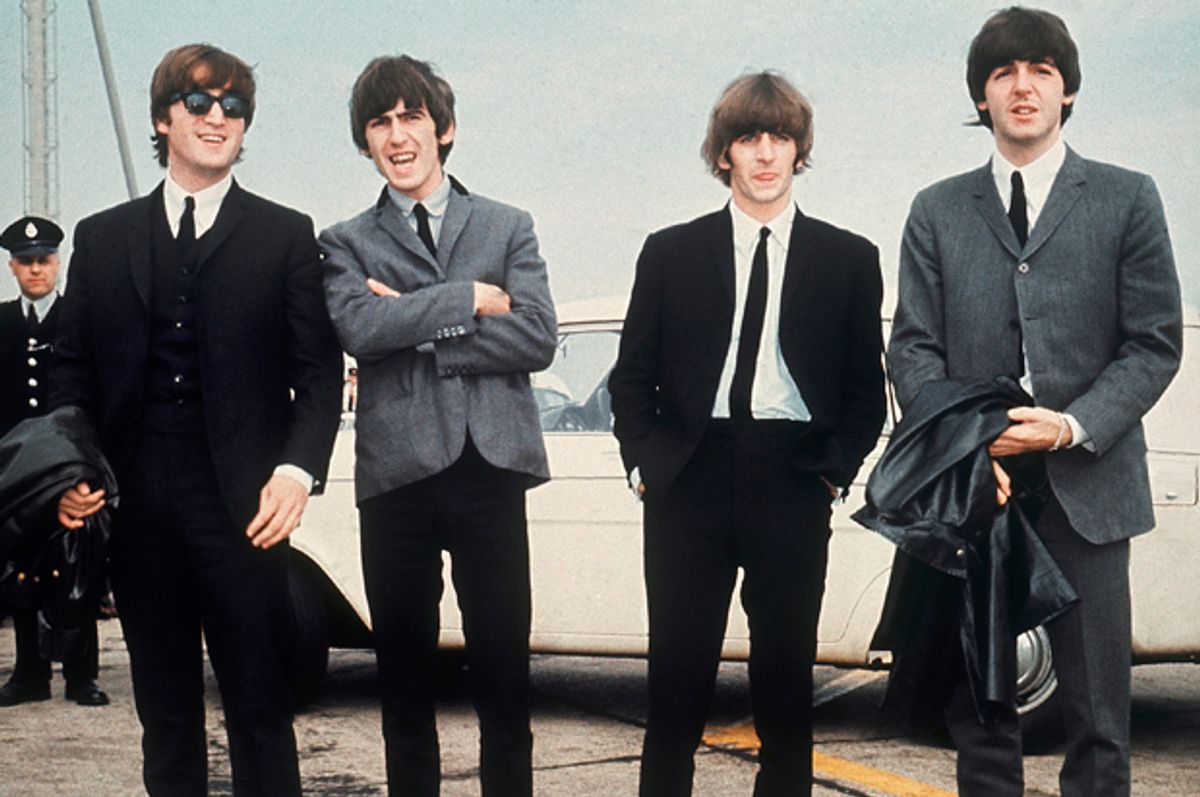 There are a lot of reasons to be excited about Ron Howard's latest project, a look at the Beatles' touring years called "Eight Days a Week." The group is so associated with George Martin's studio wizardry and its own perfectionism that its live power is sometimes overlooked. This is not a band that could easily challenge its rivals the Who or the Rolling Stones. And the Beatles stopped touring in 1966 — the year of "Revolver" — as its recordings became too complex to capture in a live setting. A smart documentary about the Beatles' concerts could capture one of the few sides of the band that still feels fresh.

But the band's one official live recording is "The Beatles at the Hollywood Bowl," and while these 1964 and '65 shows conveys some of the energy of Beatlemania, it mostly sounds like a lot of people screaming. The Beatles play with commitment, but nowhere does the band stretch out or rethink its songs in ways that make them sound new. It's a real for-serious-fans-only kind of album, and the fact that a remastered recording of those shows will be released on September 9 to accompany the Howard film suggests that the amount of unissued Beatles material may be reaching its dregs.

Unless the new Bowl tapes that Giles Martin — George's son — says Capitol Records has discovered are vastly cleaner than those that made up the 1977 recording, this is an album that doesn't need to happen.

The original liner-notes description by George Martin stands as truth in advertising:

"The chaos, I might almost say panic, that reigned at these concerts was unbelievable unless you were there. Only three-track recording was possible; The Beatles had no 'fold back' speakers, so they could not hear what they were singing, and the eternal shriek from 17,000 healthy, young lungs made even a jet plane inaudible."

Besides all those lungs, part of what's striking on the Bowl recording is what doesn't happen here: The famous Beatles banter doesn't quite work, probably because the boys can't hear each other. So, onto the next song!

Giles Martin says it's all better than that. "Technology has moved on since my father worked on the material all those years ago," he said in the announcement. "Now there's improved clarity, and so the immediacy and visceral excitement can be heard like never before. My father's words still ring true, but what we hear now is the raw energy of four lads playing together to a crowd that loved them. This is the closest you can get to being at the Hollywood Bowl at the height of Beatlemania." The involvement of longtime Rolling Stone writer David Fricke, who'll contribute an essay, is another vote of confidence.

So far the Beatles estate has been pretty good at its release of old material. Between the Anthology sets, "Beatles at the BBC," the footage and recordings on Martin Scorsese's George Harrison project, "Living in the Material World," it's rarely felt like a cash grab. Given how sloppy the band could be about the people it entrusted its finances to after the death of Brian Epstein, and how ragged things got in the last few years — the drugs, the hatred, the lawsuits — the Beatles' post-breakup release schedule has been sane and almost dignified. Compare it to the mess of the Jimi Hendrix legacy to see how indiscriminate it could have been.

Maybe the new Bowl versions will surprise us. And there are four new songs, including "You Can't Do That," one of the best Beatles songs that hasn't been played to death on radio and ads. I've got my fingers crossed that I'm wrong here.

But otherwise, I'm praying that those controlling the Beatles estate continue to be cautious about what they do with the band's joyful noise.