The RNC was an authoritarian disaster, but the press has already moved on to Democratic non-controversies 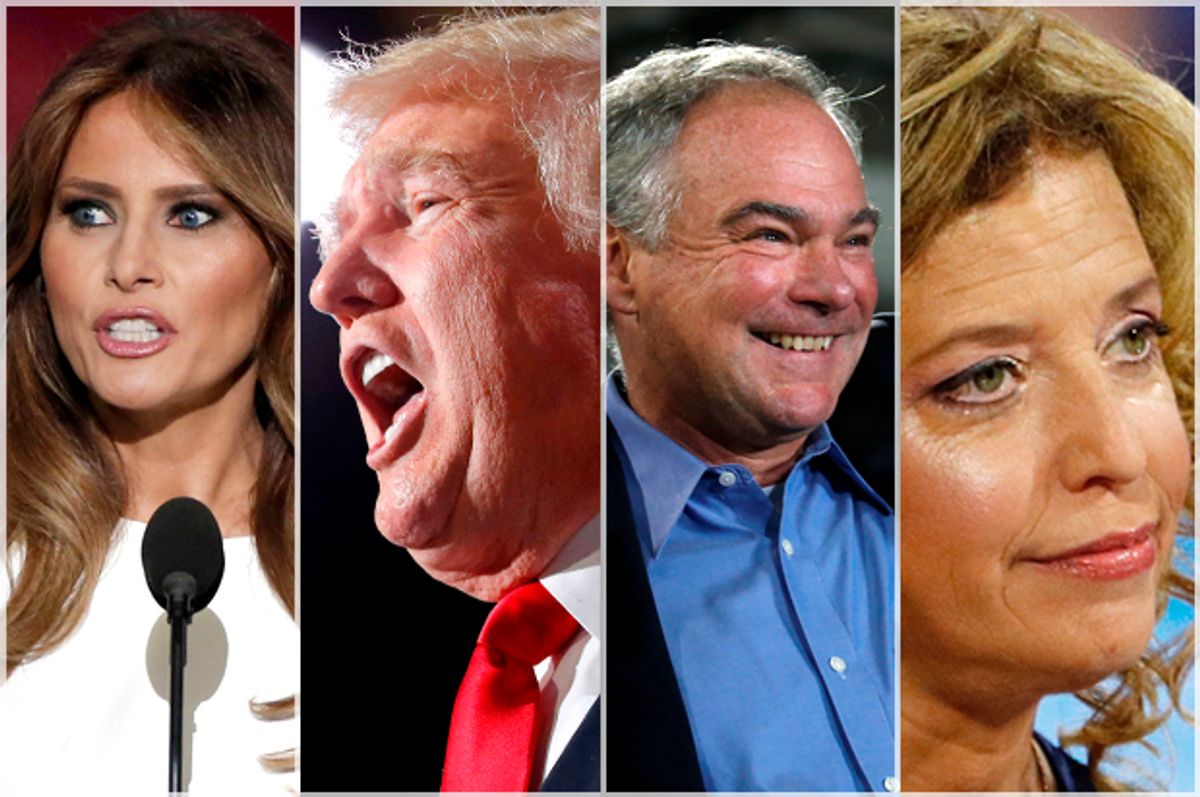 It's time to start spacing the conventions out, putting two weeks — a month, even — between the Republican and Democratic national conventions.

I don't say this because I, personally, was only home for 36 hours after Cleveland before I had to leave for Philadelphia. This weekend showed that the rapid-fire scheduling that has become the norm in the past few presidential cycles is simply not giving the voters enough time to breathe and take in what they learned from one convention before another happens.

Last week's Republican convention in Cleveland was an epic disaster, with a new horror story being rolled out every day: Melania Trump's plagiarism, Ted Cruz's non-endorsement, Laura Ingraham's hate-mongering, and Ivanka Trump's shilling. And then it was all capped off by Donald Trump giving his best Mussolini impression, a speech that utterly rejected the "pivot to the general" rhetoric and bet instead that he could win by whipping white Americans into a racist frenzy of fear.

Instead, the next 72 hours of the news cycle shifted quickly away from the most important story in the country — how the Republican party has been taken over by a man who has fascistic leanings and unsavory connections to Vladimir Putin — to endless and mostly pointless analysis of what it means that Hillary Clinton picked Tim Kaine as her running mate and what the fate of Debbie Wasserman Schultz is going to be.

Kaine has a few issues where he is more moderate than the more progressive wing of the Democratic party would like him to be. Wasserman Schultz, an unpopular DNC head, had a staff that said a few less than politic things about Bernie Sanders and his staff on email, and is now her job is being offered as a sacrifice to Sanders die-hards who really wanted to see someone pay for their primary loss.

Neither of these stories is actually all that important, at the end of the day. The selection of Kaine neither impacts Clinton's chances nor does it really make any difference in what her policies as president will likely be. The emails that are currently vacuuming up so much of the news cycle are being blown out of proportion — the real takeaway for people reading carefully is that there is no evidence of a coordinated effort against Sanders at the DNC —  and it seems that Hillary Clinton and Barack Obama were looking for an excuse to push Wasserman Schultz out anyway.

Neither of these stories would probably be in the news right now, but that they are pegged to the convention. So now we have two stories that ultimately don't matter that much sucking up headlines, while the far more important story, about the rise of a nationalist right driven by bigotry, has been relegated to the back pages.

If it wasn't for the reveal that the DNC email dump might be a Russia-orchestrated attempt to get Trump elected, the more serious story that is in dire need of media attention might not be getting any headlines at all.

There's a lot of reasons for this disaster, including the speeding up of the news cycle and the short attention span of our modern media. But the timing of the conventions, which are back to back, is not helping. The country is in crisis, and here we are talking about some barely interesting emails and a not really that interesting (by design) vice presidential pick. Something has got to give.