"What kind of a man acts like this?" Warren asks. "This choice is personal. It's about who we are as a people" 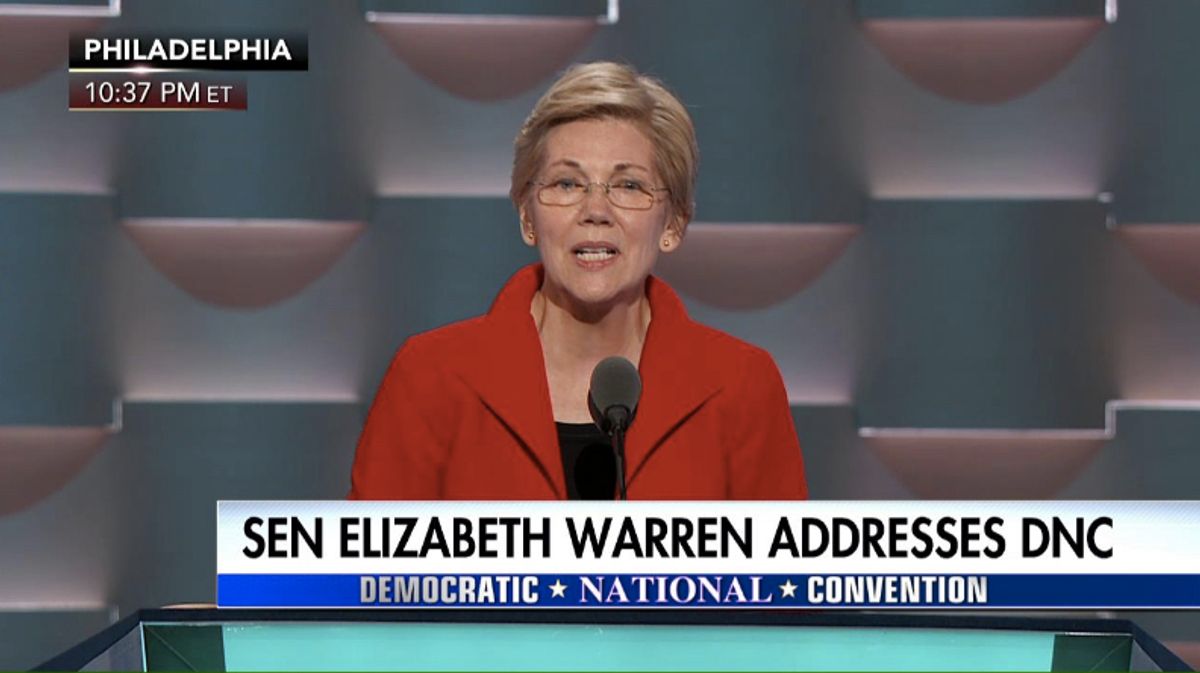 Hecklers could be heard intermintelly throughout Massachusetts Senator Elizabeth Warren's much anticipated Democratic National Convention speech Monday night, but the popular progressive managed to deliver a convincing, if not the most passionate, case against Donald Trump's bid for the White House.

“We trusted you! We trusted you!” apparent Bernie Sanders delegates chanted as Warren delivered her primetime address. Following a rousing speech from first lady Michelle Obama, already high energy levels in the Wells Fargo Convention Center helped lift what began as a rather slow speech to another classic Warren diss list hitting Trump.

Trump can see voter anger "from the top of Trump Tower," Warren told the crowd. And he tells voters that "he and he alone can fixed the rigged system," she said. The New York businessman is merely a demagogue "for fanning the flames of fear and hatred" for political gain.

"An America of fear and hate. An America where we all break apart. Whites against blacks and Latinos. Christians against Muslims and Jews. Straight against gay. Everyone against immigrants. Race, religion, heritage, gender — the more factions the better."

What kind of a man cheats students, cheats investors, cheats workers? A man who must never be president of the United States."