What convention?! For some on Twitter, "The Bachelorette" is a lot more important 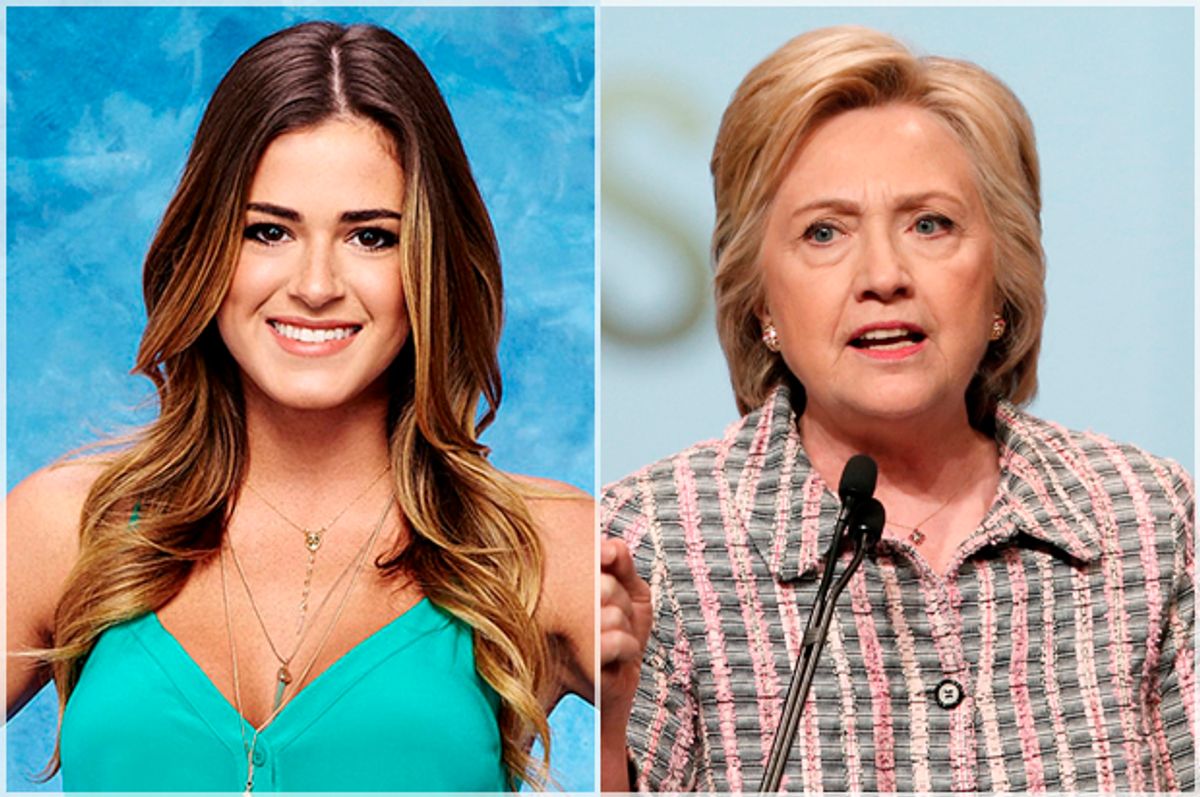 Some West Coast audiences with early bedtimes awoke Tuesday morning to find a solid half-hour of their DVR'ed episode of Monday night's "Bachelorette" interrupted by a rousing speech from an unkempt senator from Vermont.

ABC cut to runner-up Bernie Sanders' speech at the Democratic National Convention during its Pacific Time broadcast of "Wheel of Fortune," pushing the "Bachelorette" back a half-hour, thus clipping the cliff-hanger rose ceremony from the front end of any scheduled recordings.

Tweens up and down the coast were fuming.

For the uninitiated, JoJo Fletcher, this season's star, is the most boring bachelor(ette) since the man who broke her heart last season, Ben Higgins — himself the most boring since Chris Soules two seasons prior.

In the five seasons I've watched, two — Juan Pablo Galavis and, meh, Kaitlyn Bristowe — have been worth the two-hour weekly investment.

Compare that to the hours per day spent pontificating about a Democratic primary that has been weighted so heavily in nominee Hillary Clinton's favor as to be over before it began.

In case you missed Monday night's episode, JoJo halved her four-man field, leaving Robby and Jordan, two former-professional athletes with undercuts (oh, but Robby has a neatly trimmed beard) to joust for a final rose on next week's finale.

Read the full story at The New York Post.