Gabby Giffords delivers moving endorsement of Hillary Clinton: "Speaking is difficult for me, but in 2017, I will be able to say 'Madame President'"

"In the White House," the former Arizona representative said, "she will stand against the gun lobby" 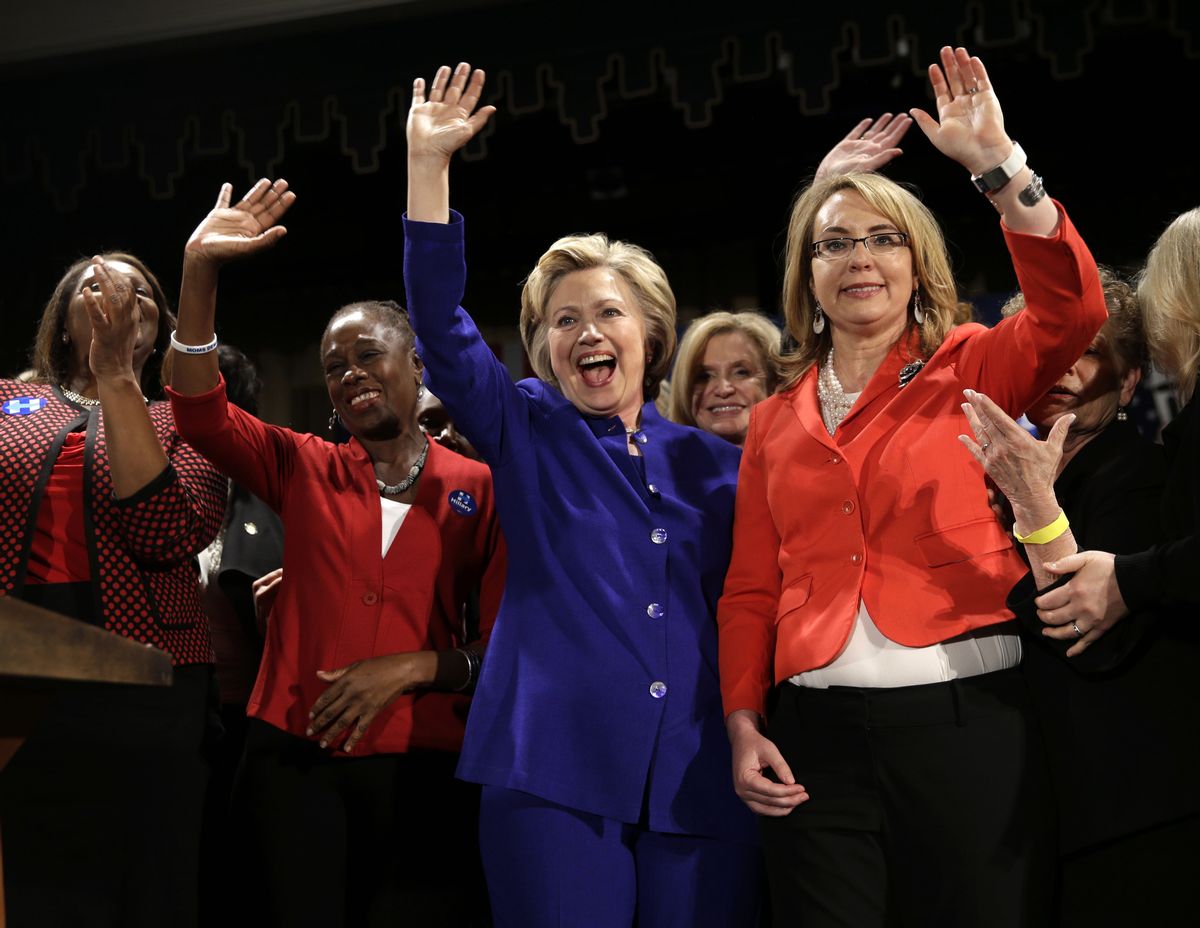 Former Arizona Representative Gabriel Giffords -- who was shot by Jared Laughner at a rally in 2011 -- gave a moving speech at the Democratic National Convention Wednesday night in which she endorsed Hillary Clinton as a candidate who would support common sense gun legislation over "what’s politically expedient."

"When I was in Congress," she said, "I learned that strong women get things done. Hillary is tough. Hillary is courageous. She will fight to make our family safer. In the White House, she will stand against the gun lobby. That’s why I’m voting for Hillary.”

"Speaking is difficult for me," Giffords added, "but in January 2017, I will be able to say these words -- 'Madame President.'"

In her January column endorsing Clinton, Giffords wrote that "today, during our second chance at service, [former astronaut] Mark [Kelly] and I continue to fight for what we’ve always fought for -- independence, freedom, and common sense."

“That’s why we’re fighting for a Congress and White House that stand up to the corporate gun lobby’s intimidation and bullying. And that’s why, today, we are endorsing Hillary Clinton for president."