Don't worry about Trump's "lead" yet: It's too early to stress about the polls 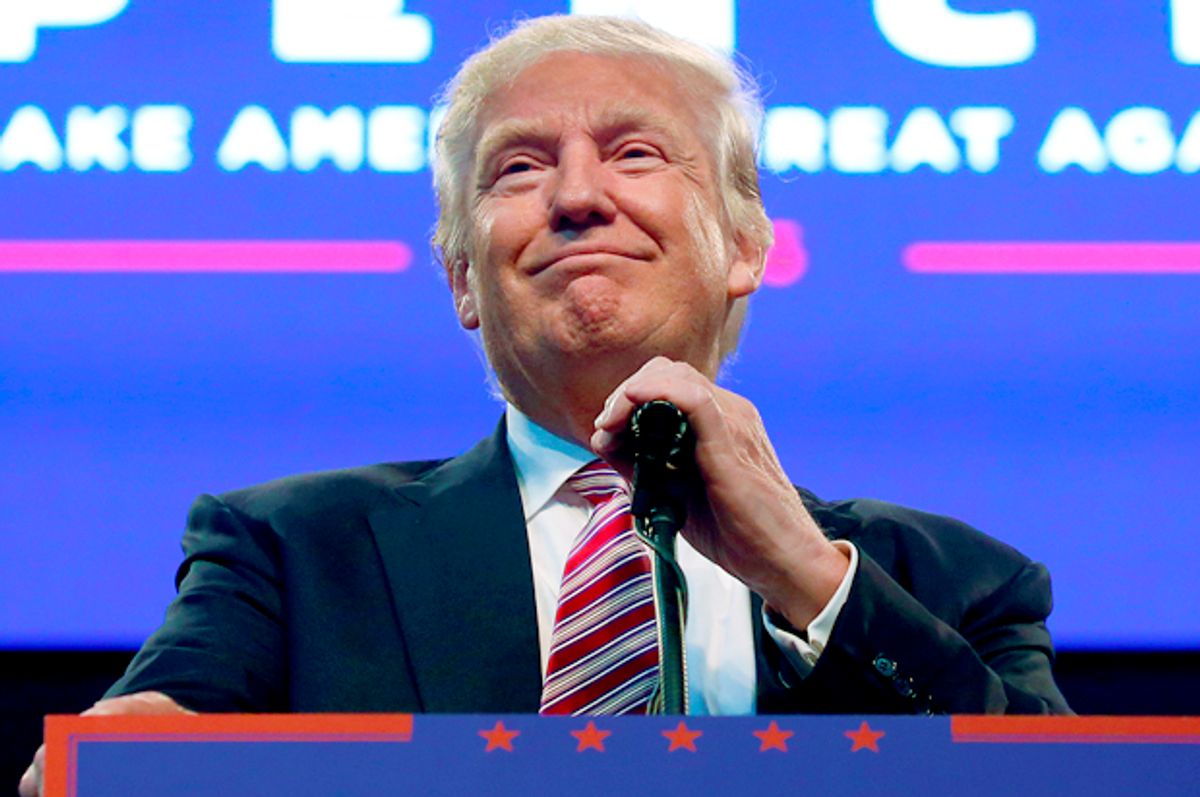 One day in the next three months, I hope some enterprising pollster conducts a survey of emergency rooms and doctors about whether they have seen a spike in patients suffering heart attacks or high blood pressure from reading all of the polls of the presidential race. My guess? The answer will be an emphatic yes.

My own evidence for this theory is only anecdotal, but I feel as if once a day I have some version of this conversation with a liberal acquaintance:

“There’s a new poll saying Trump is up by four points!”

“I think if Clinton’s within four points of him in Alabama, that’s actually good for her.”

This is followed by the sound of my acquaintance doing some deep breathing exercises.

I imagine my counterparts in conservative media have some version of this conversation regularly as well, only with the candidates’ names reversed and the state being Connecticut or Maryland.

This is one of the drawbacks of having constant polling for an election combined with a culture of short attention spans and SEO-friendly headlines geared to entice clicks. You see a headline like “Trump pulls ahead of Clinton in polling shocker,” click on it, read the first paragraph, and freak out. You put it out on social media so all of your friends can freak out right along with you.

Then, you bother to read three or four paragraphs more and realize the story is talking about one poll in one swing state. There is no context, so you might not stop to think that maybe Trump got this lead because the Republicans just finished their convention and the Democrats have yet to hold theirs, or that the pollster responsible is known to oversample conservative voters.

And then it’s off to the medicine cabinet to see if you can find those beta blockers you got lazy about and stopped taking six months ago.

There are two ways to look at the polls right now as the Democrats wrap up their convention in Philadelphia and the general election starts in earnest.

One is that presidential polls are almost always unstable at this point in the campaign. Both candidates usually get a bounce coming out of their respective conventions. These bounces are always studied closely. This year’s will be no different.

So Trump could be expected to have climbed in the polls starting last weekend. There is some doubt about whether the polls are measuring his bounce correctly. But assuming that it does exist, it will likely be negated by Clinton climbing, as expected, as she leaves Philadelphia.

If neither of them gets much of a bounce, we’ll be treated to a few days of “What does it all MEAN??!!” from pundits. Either way, after a few weeks of campaigning, the national polls, and even some swing states, will have settled down and we’ll be unlikely to see large swings.

If it helps, you can look at this chart in Politico, which shows the bounces candidates have gotten over the years. Notice that John McCain got a larger bounce in 2008 than Barack Obama, and that was with Sarah Palin on his ticket. McCain was actually leading the race in September.

Or note that Walter Mondale got better than twice the bounce coming out of the Democratic convention in 1984 that Ronald Reagan did coming out of the Republican confab. Reagan went on to win 49 states that year and crush his opponent.

There are a couple of caveats here, which leads to the second way of looking at the polls right now. One is that these are two highly unpopular candidates running in a time when the electorate is more polarized than ever. Partisans on both sides have long ago settled in, dug their trenches, and are peering across No Man’s Land at the other side, getting ready for battle. There aren’t too many of those mythical swing or independent voters up for grabs that the campaigns can pick off. So victory is going to come down to who can motivate their partisans to get out and vote.

The other caveat is that Donald Trump is a highly dangerous and unstable candidate, one whose lack of interest in or respect for the written and unwritten norms of governing pose a real threat to the country, should he win. Under those circumstances, it seems inconceivable that he is doing as well as he is. In fact, it’s terrifying that he isn’t getting crushed.

Aside from Clinton’s personal unpopularity and the polarized electorate, one reason Trump isn’t getting beaten badly is because of the acceptance and normalization of his candidacy by some of the more visible members of the Republican Party. Paul Ryan, Mitch McConnell, RNC chair Reince Priebus…all have endorsed Trump. All of them have brushed off fears of his lack of experience and his temperament by saying they expect he’ll change and get better once in office.

This normalization is the height of irresponsibility and worthy of contempt. But it might have helped Trump’s poll numbers rise lately. As we get further away from the convention, as Trump continues to melt down on the trail as he did this week with his comments about Russian hackers – and he will melt down, it’s in his nature – this normalization will recede in importance.

The bottom line is, avoid reading too much into polls at the end of July. Wait until Labor Day. If Trump is still climbing at that point, then we can all start to worry.