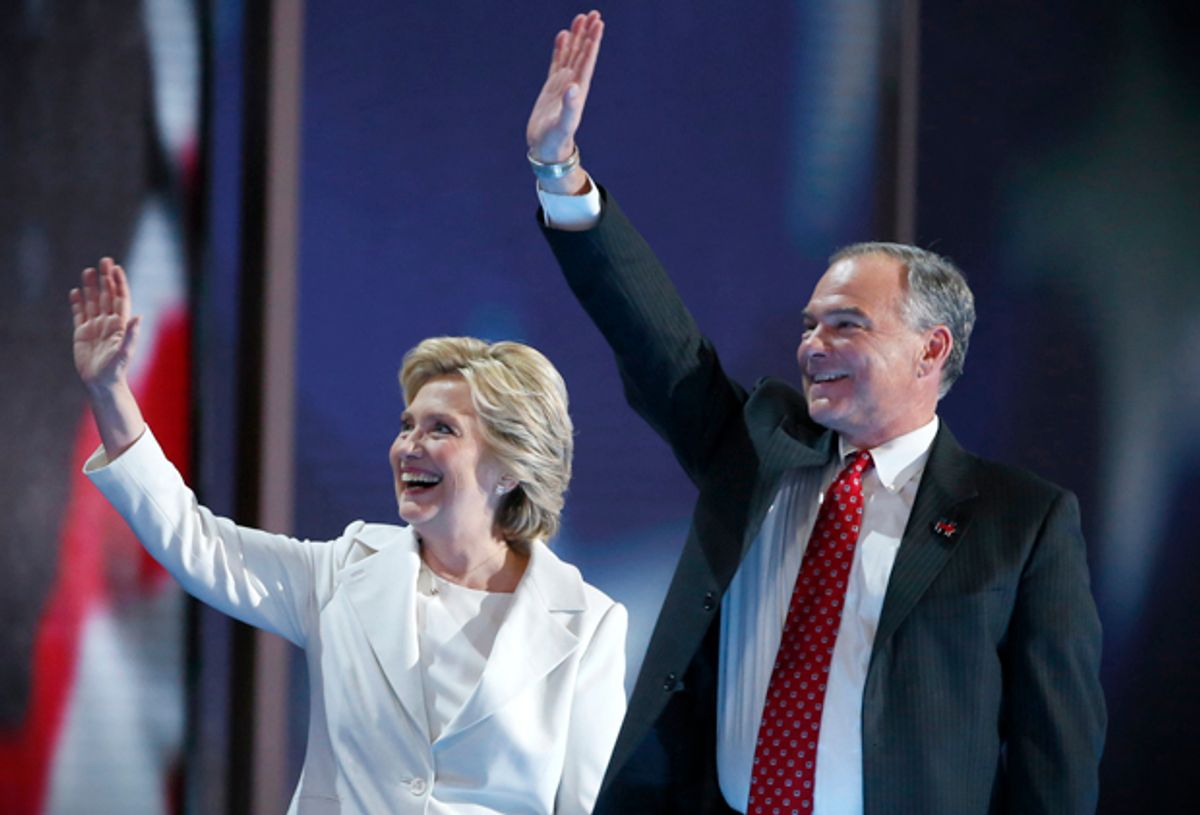 Facebook
Twitter
Reddit
Email
view in app
After a year of fear-mongering and scapegoating and making a fool of himself on Twitter, Donald Trump formally became the Republican Party's standard-bearer at the previous week's Republican National Convention — and in the process, the billionaire forced out numerous party elders, opened the doors to white supremacists and conspiracy theorists and demonstrated once and for all the Grand Old Party is no longer a party of traditional conservatism, but right-wing extremism.

Though many prominent Republicans have made their shock and dismay at the rise of Donald Trump known, his success should hardly come as a surprise to anyone with a rudimentary understanding of American history. This transformation of the GOP didn’t start with Trump — it can be traced all the way back to 1968, when then presidential candidate Richard Nixon brokered a deal with the prominent Dixiecrat Strom Thurmond to deliver him the Southern vote.

In 1970s, the Republican establishment cynically concluded that the party’s best shot at achieving a super-majority for the foreseeable future was to exploit white resentment and the cultural backlash that had formed in response to the liberation movements of the 1960s. And for decades this strategy paid off. The Reagan revolution was the final death knell for New Deal liberalism, which had dominated American politics since the 1930s, and Republicans became increasingly exploitative of reactionary impulses thereafter.

Thus, Trump is a Frankensteinian monster, created by Republican elites who thought they could pander to their reactionary base indefinitely while serving Wall Street and corporate America in Washington. Trump is a demagogue, of course, and it’s hard to tell what he truly believes in and what he says to rile up resentful, paranoid and bigoted Americans. But it’s clear what his movement — let’s call it Trumpism — is and what it isn’t.

Trumpism is not a conservative ideology or movement, nor is it rooted in conservative principles. Its adherents do not want to safeguard traditional institutions or preserve the status quo; rather, they strive for its complete destruction. Reporter James Kirchick provided an interesting insight into the mind of a typical Trumpets when he asked prominent Trump supporter and writer Milo Yiannopolous what actual Trump policies he favors, to which the writer replied that Trump supporters don’t care about policies, “They [just] want to burn everything down.” This is nihilism, not conservatism.

In his speech on Wednesday, President Obama was accurate in saying that Trump’s message at the RNC “wasn't particularly Republican — and it sure wasn't conservative” — although I would argue that only the latter point is true for today's GOP.

Trump is like a nuclear warhead aimed at everything that his reactionary base detests: liberal elites, “Cuckservatives,” “Social Justice Warriors,” political correctness, global elites, Muslims, eggheads, journalists and so on. He isn’t offering reform, but complete annihilation; and the Republican Party is his launching pad.

This all raises an important question: How will Democrats counter this destructive force? Now that the GOP has more or less embraced the reactionary politics of Trumpism, will the Democrats combat it with their own anti-establishment politics — i.e. progressivism — or with a cautious conservatism that attempts to please everyone (though usually ends up doing the complete opposite)?

Up until a week ago, it looked like it would be the former, which is the sensible move in today’s anti-establishment climate. American voters are overwhelmingly dissatisfied with the status quo, and being an establishment politician in 2016 is a political liability. And while her most diehard supporters are loath to admit it, Hillary Clinton is probably the most establishment presidential candidate in decades (after the DNC email leaks last week, which revealed the party working behind the scenes against her primary opponent Bernie Sanders, this is no longer debatable).

Still, Clinton’s rhetoric became increasingly progressive throughout the primaries, and she could have gained credibility with a progressive vice president on her ticket (e.g., Sen. Sherrod Brown or Sen. Elizabeth Warren). Instead she tapped Tim Kaine, a folksy centrist — some might even call him  moderately conservative — senator from Virginia.

The senator is personally opposed to abortion, supports Virginia’s “Right-to-work” law, has called himself a conservative in the past and, shortly before his selection, signed two letters “urging federal regulators to go easy on banks,” as reported by Zach Carter in The Huffington Post.

[Kaine] is setting himself up as a figure willing to do battle with the progressive wing of the party. He has championed the Trans-Pacific Partnership trade deal that both Sanders and Warren oppose, and he is now publicly siding with bank deregulation advocates at the height of Clinton’s veepstakes.

At the Democratic National Convention, Democratic leaders extended some olive branches to progressives — but also to “NeverTrump” conservatives. The president’s aforementioned speech, for example, praised the passion of Sanders supporters, but it also had clear intentions of attracting conservatives who are disillusioned with Trump’s Republican Party. John Podhoretz, a conservative and former speechwriter for President Ronald Reagan, Tweeted: “Take about five paragraphs out of that Obama speech and it could have been a Reagan speech. Trust me. I know.”

In his Thursday article, “Is Clinton Running as the Conservative?,” National Review’s Kevin Williamson argued that Clinton is now the candidate for “temperamental conservatives,” as she is essentially promising more of the same (i.e. a continuation of the status quo). In other words, she is running on her establishment credentials.

Clinton’s conservative temperament shouldn’t come as a great surprise. In a candid 1996 interview with NPR, the First Lady spoke favorably about her conservative roots: “I feel like my political beliefs are rooted in the conservatism that I was raised with ... I don't recognize this new brand of Republicanism that's afoot now, which I consider to be very reactionary, not conservative in many respects. I'm very proud that I was a Goldwater Girl.”

Since that interview, the GOP has become increasingly reactionary, while the Democratic Party has moved slightly to the left. The Sanders movement has no doubt left its mark on the party, but Clinton’s choice of Kaine should have all progressives worried. If Democrats aim to become America’s new conservative party at a time when trust in the political establishment is at an all time low, they may inadvertently help launch Donald Trump into the atmosphere.