Barbara Jordan was the Michelle Obama of 40 years ago: Both emphasized the needs of the American people over the drama of party politics 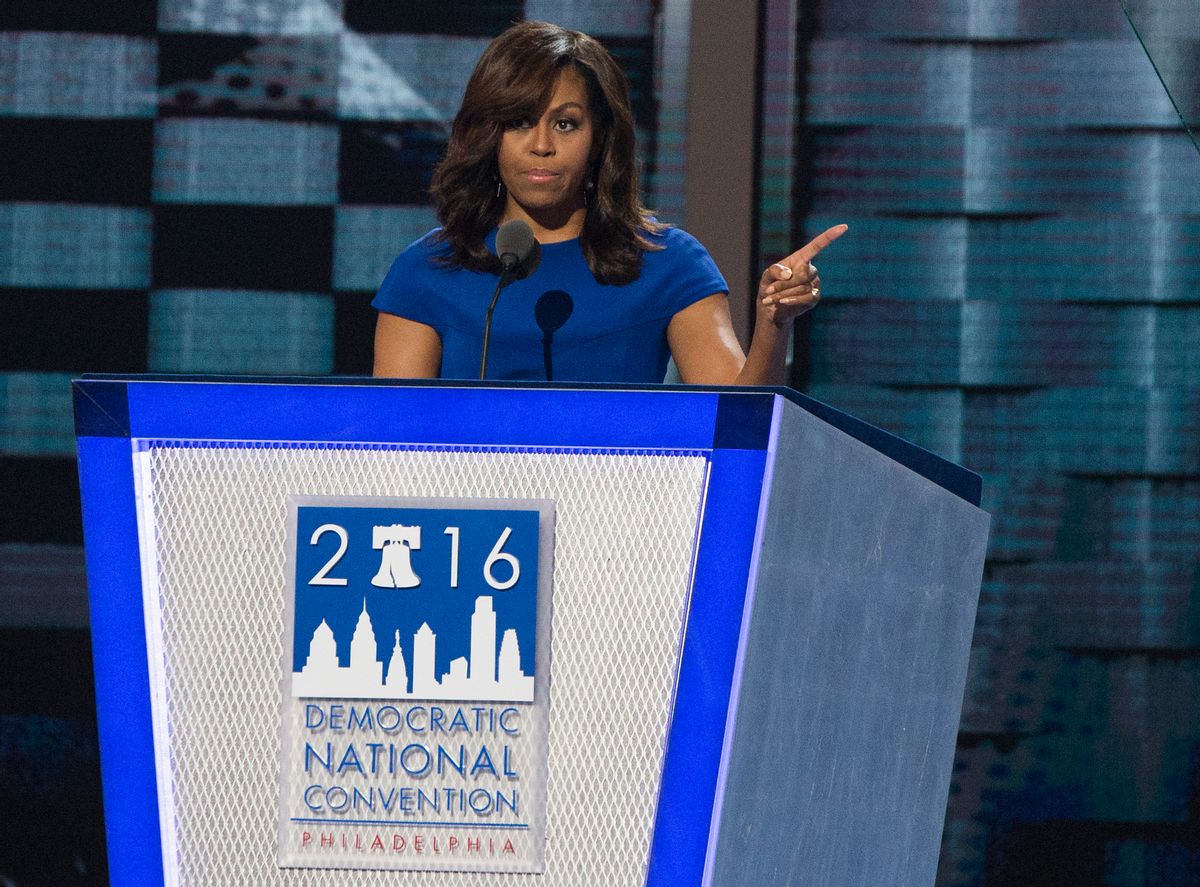 Michelle Obama speaks during the first night of the Democratic National Convention at the Wells Fargo Building on Monday, July 25, 2016, in Philadelphia, Pa. (Benjamin Hager/Las Vegas Review-Journal via AP) (AP)
--

Michelle Obama gave a riveting speech at the Democratic National Convention on Monday. She personified leadership as she gracefully juxtaposed her vision for America against the less-optimistic vision held by the Republicans, and she did it all without ever mentioning Donald Trump’s name.

Listening to Obama, a descendent of slaves giving what will likely be remembered as one of the best convention speeches of all time, I was reminded of the first black woman to speak at the Democratic National Convention 40 years ago: Barbara Jordan.

Jordan was the first Southern black woman elected to the U.S. House of Representatives (in 1972) and the first known lesbian elected to Congress (although that was not known during her tenure there). She was also the first black woman to deliver the keynote speech a major-party convention in 1976. She came to the convention with a mission: to provide a clear vision for America that the Democratic Party would fight for. She emphasized the needs of the American people over the drama of party politics:

Jordan’s speech, much like Obama’s, identifies American values in a way that is of great benefit to the Democratic Party. If the focus of the party and its subsequent actions and resources were deployed “to create and sustain a society in which all of us are equal,” it would revolutionize our society and create an unmistakable legacy for the Democratic Party.

Now that the convention is over and the speeches are done, Democrats must get to the hard work if the rhetoric is to match real success. In addition to pushing progressive policies, hard work in 2016 looks a lot more like local and state elections than national ones. Elections where teachers, nurses, restaurant managers, young mothers, pastors, et cetera, are all represented, and supported, by the Democratic Party.

Citizens United made it impossible for ordinary Americans to run for office without significant support — we all know that. It is time for the multimillion-dollar apparatus of the Democratic Party to step in. The Democrats need to get deep into the trenches of America to recruit the next generation of leaders, but that means making a significant shift in the way the party prioritizes resources and people. Fortunately, it would also mean having a government that is much more representative of its people.

There are many threads between Jordan’s 1976 speech and Obama’s 2016 speech, but the one I find most valuable is their focus on a vision greater than one party in the name of progressing the American Experiment. Democrats need only to look to their words to understand the ultimate prize:

"We believe in equality for all, and privileges for none. This is a belief that each American regardless of background has equal standing in the public forum, all of us. Because we believe this idea so firmly, we are an inclusive, rather than an exclusive party. Let everybody come."

Courtney is a Texas ex-pat living in New York City. She works at a public policy center focusing on legal and social justice in the United States. When she is not at her day job, Courtney can be found getting her hands into music, writing on her blog, or other miscellaneous projects. Find more of her writing at courtneymckinney.com, and on Twitter, @courtDMC.