Just ignore them, Hillary: GOPers have crafted a ridiculous roadmap for Hillary to cross the aisle

Sure, Clinton might want to reach out to Republicans — but on her terms, not the absurd ones they've laid out 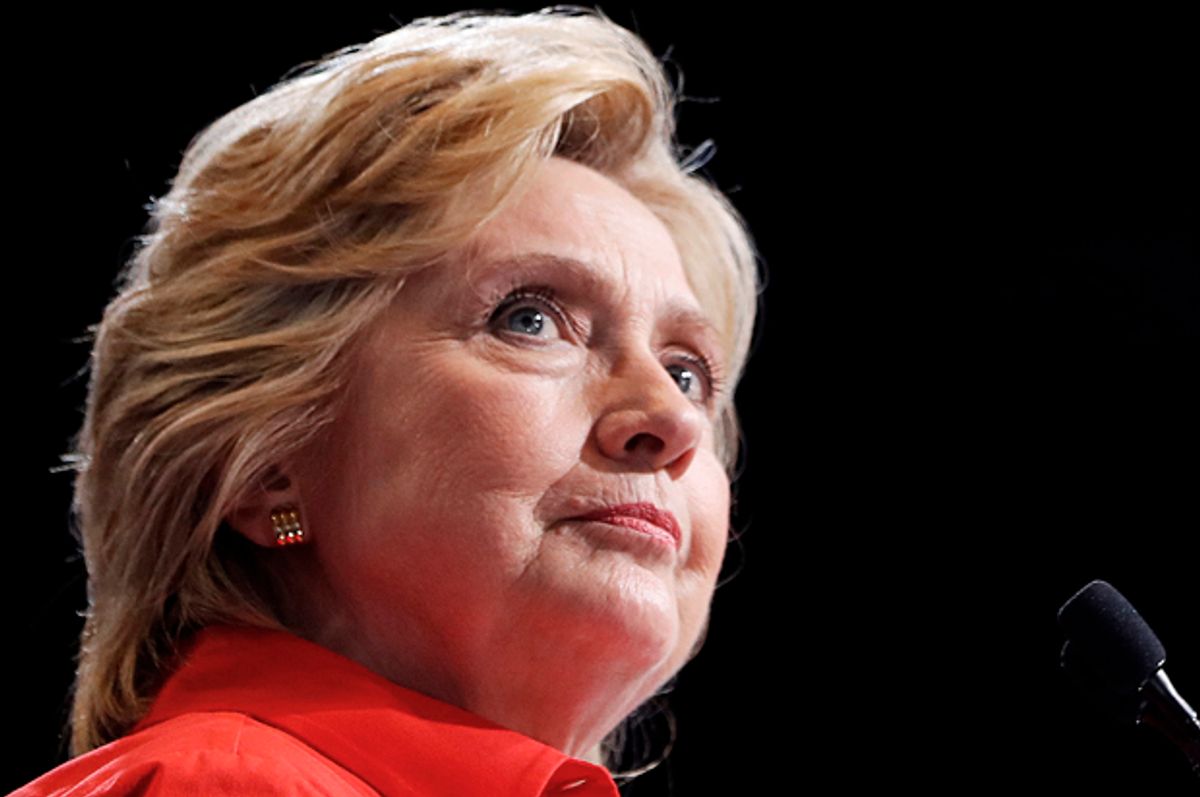 In the wake of last week’s Democratic National Convention, there has been a great deal of talk about what Hillary Clinton can do, or is already doing, to reach out to Republicans disgusted by Donald Trump. Predictably, the suggestions mostly range along the lines of policy ideas, as if the GOP if made up of recalcitrant children the Democratic nominee can bribe with Happy Meals to keep them from scribbling all over the walls in crayon.

Jennifer Rubin has a list of ideas that amount to “Be nice to Republicans no matter how callow and shabby they have been in the past.” GOP strategist Patrick Ruffini suggested, apparently seriously, that Clinton should forget Merrick Garland and appoint a moderate Republican to the Supreme Court to fill the seat left open by Antonin Scalia’s death. Which is hilarious because a) Garland is moderate enough that some on the left were unhappy when President Obama nominated him, and b) such a suggestion means the GOP, after a year of refusing to so much as offer Garland the courtesy of a nomination hearing in the Senate, to say nothing of all the other seats in the judiciary it has not allowed the president to fill during his two terms, should get rewarded for its obstructionism.

There may not be enough internet memes and old bits from “The Simpsons” to adequately express how much consideration Hillary Clinton should give to entertaining this suggestion.

The genre reached its apotheosis with this Ross Douthat column from the Sunday New York Times. Douthat is not exactly known for being gracious in defeat – he once complained that legal victories legitimizing same-sex marriages were awful because they did not allow opponents to negotiate the terms of their own surrender. So anything he says on this issue could be taken with an entire shaker of salt if he didn’t occupy prominent space in the country’s foremost newspaper to spout it:

Yes, the convention’s showmanship was strikingly unifying, bipartisan, moderate — but Hillary Clinton’s domestic agenda is not. She’s running as a liberal, full stop, with a platform well to the left of where her party stood five or 10 or 20 years ago.

She’s happy to make right-leaning voters feel a little better about fleeing Trump, but she isn’t offering them substantive concessions, or seeking a grand centrist coalition.

Douthat finds the lack of specific outreach to right-wingers in Clinton’s acceptance speech last Thursday “notable.” Where, he asked, was the outreach to fiscal conservatives who liked Bill Clinton’s balanced budgets of the 1990s? (As if that appreciation didn’t go out the window the minute George W. Bush was sworn into office.) Where was the gesture of abortion restrictions towards anti-abortion conservatives implicit in Bill Clinton’s “safe, legal and rare” formulation, also from the 1990s? (As if conservatives haven’t taken full advantage of some Democrats’ ambivalence on abortion to push laws at the state level and lawsuits in the judiciary to put in place ever-harsher anti-choice restrictions on the nation’s women.)

There are plenty of reasons why Clinton might reach out to conservatives to try and earn some support. Partly because she is aligned with them in some areas, particularly foreign policy, where her hawkishness makes even her supporters uncomfortable. Partly she’ll do so because as president, she will have to negotiate compromises with congressional Republicans in order to pass legislation. Even though many of these compromises will piss off liberals. But in an era of divided and polarized government, we elect a president to make those trade-offs and then suffer our opprobrium for doing so.

She might also be trying to peel off Republican voters to offset losses from Democrats and leftists who will refuse to vote for her no matter what. Or to at least remind otherwise reliable Republican voters how much they loathe their choices this election enough so that they stay home or leave the presidential line on their ballots blank in November.

But much of the ridiculousness of Douthat’s argument, which he spent part of Monday defending on Twitter, is in the fallacy of seeing this election as a traditional Republicans-vs-Democrats tilt. It should be clear by now to people paid to pay attention – and even those who are not – that the stakes here are higher than that. This is partly because Donald Trump is not really a politician, nor is he a person with even the pretense of an interest in governing, unless his presidency includes unlimited power and a chestful of phony medals like some tinpot dictator.

And yet, despite all the evidence of Trump’s instability and unfitness for office, his impulsiveness and temperament that no sane person wants anywhere near the nuclear codes or a direct line to the Joint Chiefs of Staff, here are Republicans like Douthat, members of the #NeverTrump movement, people who know better, suggesting that Hillary Clinton needs to throw overboard some of the policies that glue her Democratic coalition together in order to earn their votes. And liberals need to empathize with just how horrified conservatives are at the thought of voting for her to allow her the space to perform this action.

If the embarrassment and danger of Trump in the White House is not enough to motivate the Douthats of the world to work to keep him out of office, then nothing will be. It is not Hillary Clinton’s job to save conservatives from their own consciences.