NYPD commissioner Bill Bratton: "Mr. Trump scares me — scares the hell out of me"

"As a Vietnam veteran, I'm amazed veterans groups are so charmed by him," the departing police commissioner said 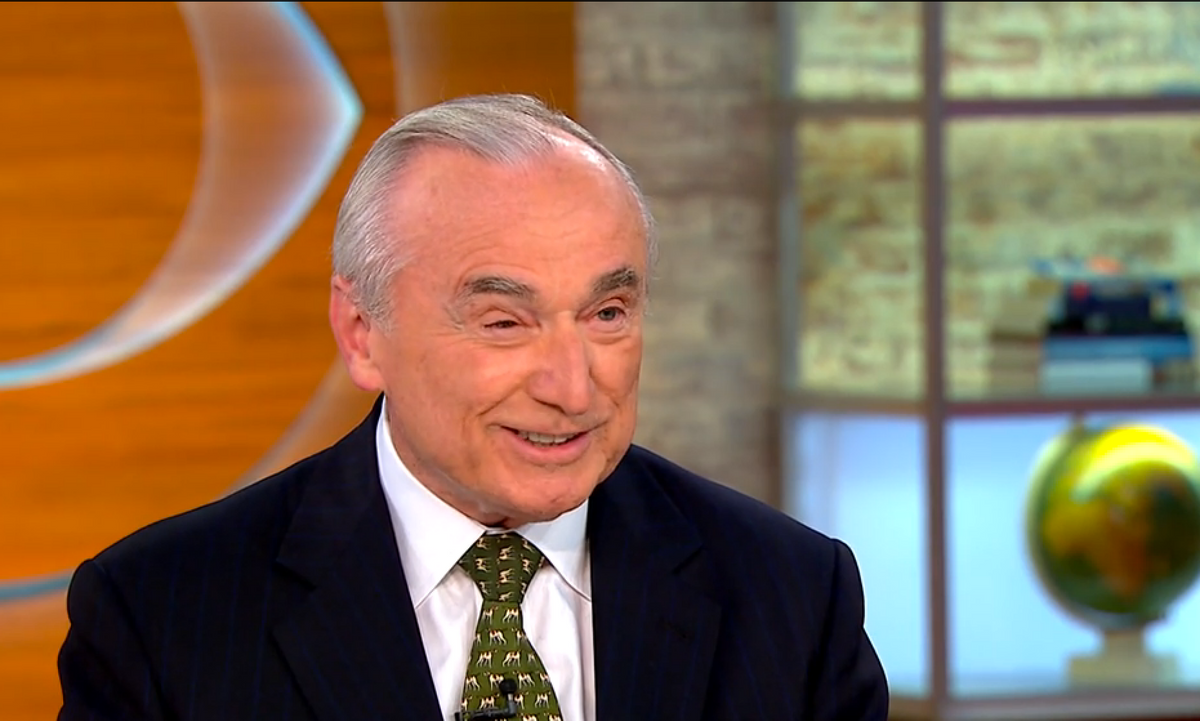 Retiring NYPD police commissioner Bill Bratton said on CBS This Morning on Wednesday that Donald Trump "scares the hell" out of him.

"Mr. Trump scares me — scares the hell out of me to be quite frank with you," Bratton said.

Asked what specifically scares him about Trump, Bratton cited Trump's "lack of depth on issues, the shoot from the hip style."

He added, "I just don't get it in terms of the support for him."

"As a Vietnam veteran, I'm amazed veterans groups are so charmed by him," Bratton said. "The Purple Heart medal incident was appalling."

If you missed it, Trump said on Tuesday at a rally in Virginia that a veteran had given him his Purple Heart medal. "I always wanted to get the Purple Heart," Trump said. "This was much easier." Trump, of course, is a noted draft-dodger.

Bratton also wondered if Trump had "ever taken a punch in his life."

"I'm always amazed by people the are portrayed as tough guys or people that portray themselves as tough--it's easy being tough," Bratton said. "It's a lot tougher being soft and understanding. Like an apology to this family. What would be the harm  of rather than taking offense that they said something bad about you, to understand their pain?"

Bratton announced his resignation from the NYPD on Tuesday, though he won't actually step down until September to ease the transition period. He already has a new job lined up, at consulting firm Teneo, which has close ties to the Clintons.

While commissioner, Bratton oversaw the creation and expansion of the Neighborhood Policing Program, which aims to build better relations between police officers and citizens by having them serve the same community every day.