"I hope there'll be a day when we no longer have to look for the dog on fire to support our feelings," he said 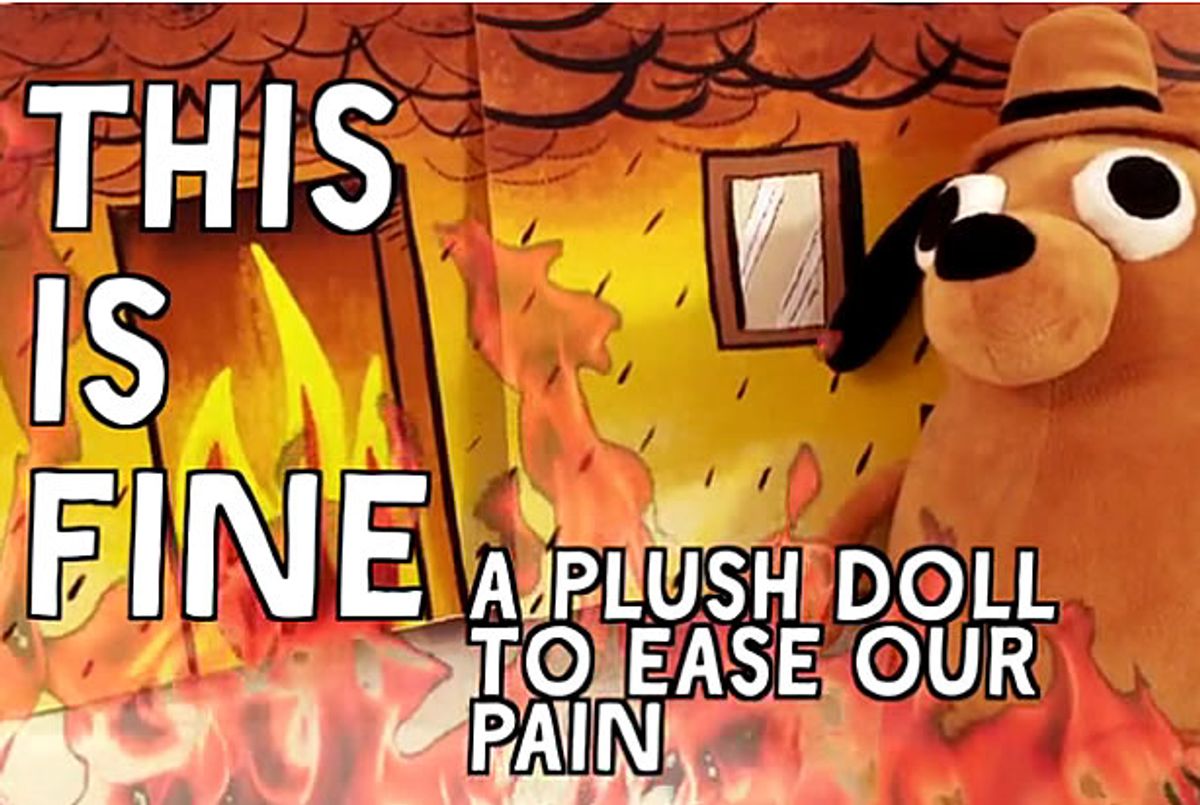 On Wednesday, not only did KC Green finally update his classic "famous dog" comic -- in which a dog in a fedora sips coffee while the world around him burns -- he also announced a 30-day Kickstarter campaign to produce an official plush version of his creation.

In the new comic, the dog -- whose name is "Question Hound," Green informed potential Kickstarter investors -- everything is decidedly not fine, as one can gather from the URL. Things are, however, better for Green, as a mere two days into his campaign he has already $9,106 of the $35,000 required to fund it.

As he noted, "I, for one, hope there'll be a day when we no longer have to look for the dog on fire to support our feelings, but until that day comes, maybe a nice big plush of the boy will help."

Watch the official Kickstarter video for the project below.