Another antidote to #OscarsSoWhite: The annual Black Star Film Fest starts this weekend 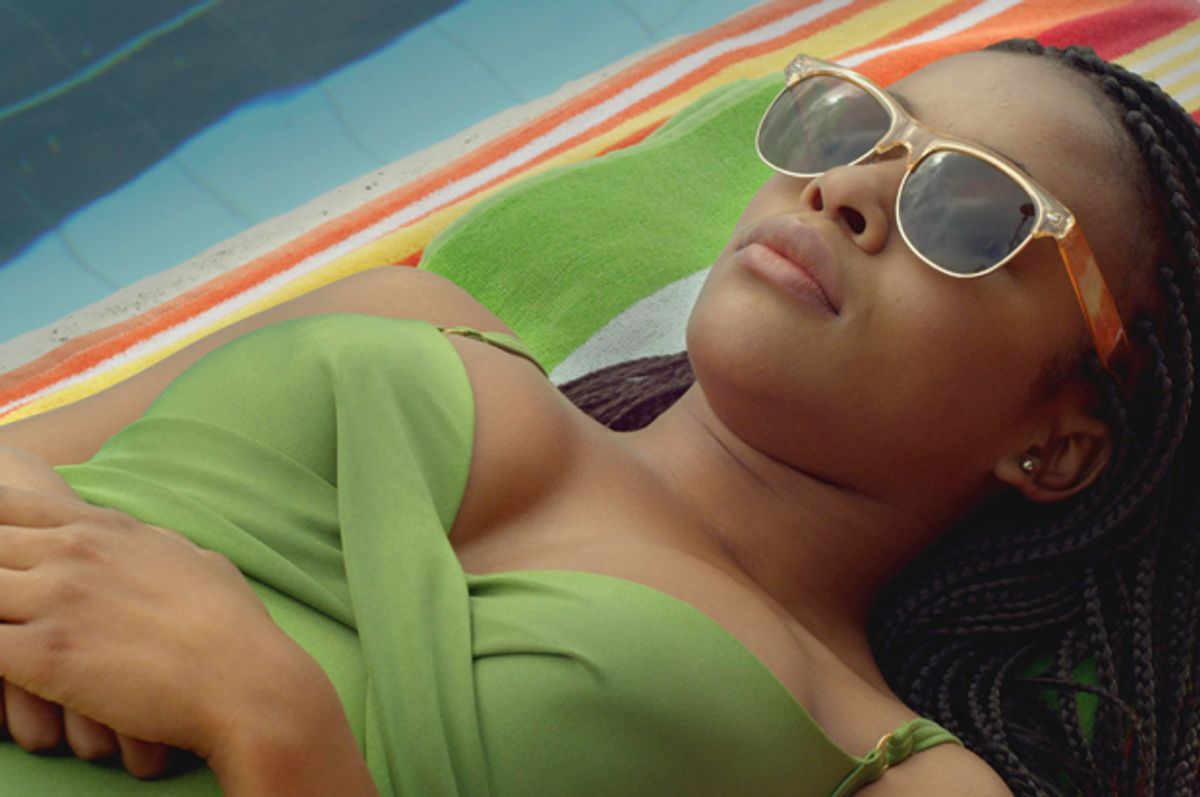 A still from the movie "Tell Me Sweet Something"
--

Now in its fifth year, the Black Star Film Festival, unspooling August 4-7 at International House in Philadelphia, offers a panoply of African-American and African-diaspora filmmaking over one long weekend. Artistic Director Maori Holmes programs for an under-served market, showcasing new and returning talent to tell good stories from around the world. The festival also offers panels, networking opportunities, and more.

The programming, a mix of shorts and features, documentaries and experimental work, is uniformly strong. This year’s short films include David Heredia’s “Heroes of Color,” a terrific 3-minute animated history of the Harlem Hellfighters,” to “Love is the message, the message is Death,” Arthur Jafa’s fantastic compilation of images of African American struggles and prayer; and “Nana Dijo,” a powerful documentary that addresses racism and discrimination by the directorial team of Bocafloja and Cambiowashere.

Among the features, one highlight is director Heidi Saman’s “Namour,” about Steve (Karim Saleh) a twenty-something Egyptian-American, who works a dead end job as a valet in LA. There is an aspirational element to his life—he wants better than he has—but he can muster up only so much effort to achieve it. With one foot stuck in the new land and one foot stuck in the homeland, Steve navigates a world of privilege (e.g., the customers whose cars he parks) and disadvantage (e.g., being pulled over by the cops). As he grapples with his divorced mother’s effort to downsize the family home, and a girlfriend he loves but who does not quite understand him, Steve make some difficult and not entirely wise decisions. “Namour” is a striking portrait of ennui and alienation that resonates.

A light, fun film is writer/director Akin Omotoso’s romantic comedy, “Tell Me Sweet Something,” set in Johannesburg. Moratiwa (Nomzamo Mbatha) was a teen literary sensation whose dreams of being a writer have fallen apart. Now running a failing second-hand bookshop, she has sworn off romance, preferring “books to looks.” However, when she meets Nat (Maps Maponyane), a model, Moratiwa finds herself falling in love. While “Tell Me Sweet Something” has some conventional rom-com tropes—a race to the airport—and it borrows the “When Harry Met Sally” device of interviewing real-life couples, this vibrant, snappy film boasts energetic performances by the good-looking ensemble cast.

Tahir Jetter, whose film, “How to Tell You’re a Douchebag” screens at Black Star this year, spoke about the importance of the festival. “I’ve been to Black Star twice before. It is predominantly interested in African experiences. They do a stellar job, and engage the industry in a way that doesn’t feel put-upon. A lot of fests are into glitz and glamour, but I think this is one of the best-run black film fests in the country. It has an artistic spirit and an interest in cinema. I’m honored to take part.”

Holmes chatted with Salon about Black Star and how it became a premiere film festival for African diaspora filmmakers and audiences.

How did Black Star get started?

I came to Philadelphia to study at Temple University. I did my MFA there, produced a thesis film, and went on the festival circuit. I met people and networked. I wanted to recreate that experience. What started out as a micro-fest became 40 films.

How did it gain a reputation and grow?

I have no idea how we got the reputation. It happened right away, and was astounding. I did not expect it. [Laughs]. I’m surprised at the response people have when I’ve gone places, like the LA Film Festival. We are now the East Coast Premiere for many films that played there. This all happened after the first year. Ava DuVernay was at our first film fest and when she announced she was making “Selma” she was wearing a Black Star Fest t-shirt.

What are your criteria for inclusion?

It’s still evolving. We’d like to be much more international than we are. I’m excited by the number of international films this year, but would like to have more. Our criteria doesn’t live anywhere. It’s a conversation I have with the program committee. We talk about work that’s trying to push boundaries. Sometimes those are genre—it’s a documentary but doing something different; or it’s political, focused on social justice; or it’s pushing boundaries on representation. A few years ago there was a narrative film that wasn’t of interest to me personally, but the lead was a dark skinned black woman with locks who was a romantic lead. I’d never seen that before. I knew it would have a big audience, and it did.

Do you try to strike a balance with the number of docs and shorts, features, and experimental works, or showcase women filmmakers?

We don’t think about that. This year has more narrative features. I try to present the best work. With the shorts programs, I try to build them based on an emotional tone or program, to contribute to diversity in stories. This year was pretty organic.

How do you go about being inclusive and showing as much diversity as possible?

I think some of that has to be with being as expansive as possible. My day jobs have been in social justice spaces and thinking about communities and how they intersect. I am mostly thinking about how many places we can represent, or migrations. I was thinking about all of the things that make the film relevant and culturally specific, and migration is one of those themes and that opened things up, so that was a theme this year.

Can you talk about the panels and creating conversations around the films you show?

We will have panels about migration, shooting films on an iPhone—two features were done that way—and a documentary panel on the Los Angeles Rebellion. All of the feature filmmakers are coming for talkbacks, and at least one filmmaker for each short program. We don’t have huge names. We invited Ava DuVernay the first year. Spike Lee coming one year was a fluke. The biggest person this year is Saul Williams [who stars in the film “Dreamstates”]. He’s performing at our awards ceremony.

Can you talk about world premieres, returning filmmakers, and homegrown talent?

Having world premieres is helpful. We’re in a weird place in festival cycle. We can be the fourth or the second [screening] for some of the films. We want Philadelphia premieres for everything. We work up to East Coast premiere to make it a must-see destination. We have shown films available on Netflix and audiences flood the gates to see those films in a theatre with their community. We feel that the fest is having a moment. So Frances Bodomo [“Everybody Dies”] or Terence Nance [“Univitellin”] are making work to be in the festival. It’s exciting that they feel this way. Terence wants to have something in the festival every year. It’s great to give Heidi Saman [who went to Temple] a hometown platform. We’ve had a hometown director the past few years, and there’s nothing like those screening.

Phillip Asbury is also local. What can you say about his poetic short, “See Me On the Beat,” which was made at Philadelphia’s Scribe Video Center?

Scribe is part of my own background and training. Everyone who goes to Temple University teaches at Scribe with Louis Messiah. Phil worked on the first Black Star fest and attended the rest of them, and he felt like filmmaking could be something he could work in. He’s a graphic artist and a dancer. It’s such a sweet story: he took a course at Scribe and submitted the film to the fest. I didn’t know he was doing it.

That’s terrific! The festival inspired someone who attended to make a film! What observations do you have about your audience?

It’s a black festival for everyone. Our audience is as diverse as the films. We’re committed to showing the work of filmmakers whose work is not widely shown.