"Not welcome": Massive protests planned for Trump's trip to Mexico

"We don't like him; we don't want him; we reject his visit," a former president of Mexico said of Trump's trip 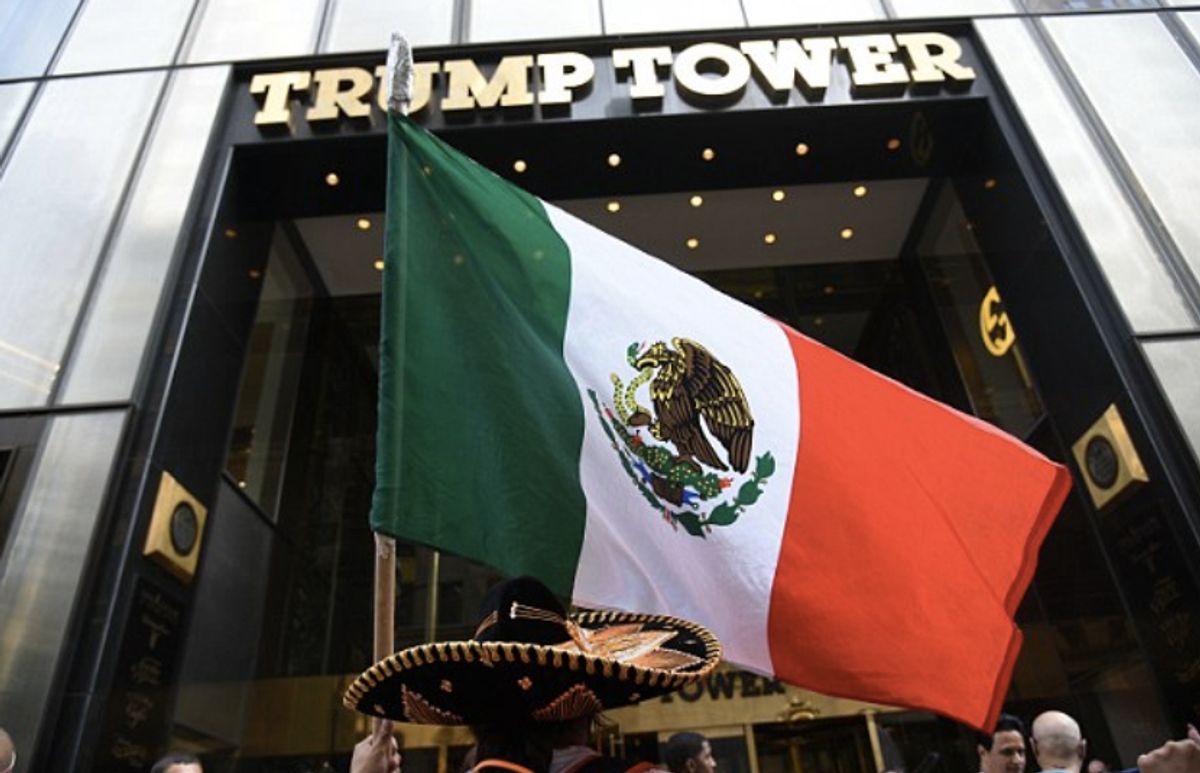 With less than 24 hour notice, Republican presidential candidate Donald Trump accepted an open invitation from Mexican President Enrique Peña Nieto to visit the country less than 70 days before the U.S. election and on the same day Trump is set to deliver a pivotal speech on immigration in Arizona.

The two men will meet behind closed doors at the Mexican President’s official residence, called Los Pinos, early Wednesday afternoon and issue a statement immediately after without taking questions from reporters.

In an interview with CNN in July, Peña Nieto said there was “no way” Mexico would pay for a border wall. The GOP candidate only enjoys a 4 percent favorable rating from Mexican citizens, according to a Reforma newspaper poll published August 16.

The surprise event, closed to the public, is already engendering calls for a massive protest of the candidate who decried that Mexico is sending "rapists" and "criminals" across the border illegally.

And while Mexico's current leader is extending an invitation to the controversial candidate who has slammed our southern neighbor for more than a year on the campaign trail, the country's last two presidents are reacting with outrage.

Former Mexican President Vicente Fox, who famously apologized to Trump after affirming Mexico was not going to pay for "that f----ing wall," was quick to slam the visit.

"We don't like him; we don't want him; we reject his visit," Fox said on CNN Wednesday morning, calling Peña Nieto's invitation a "big mistake."

Former President Felipe Calderón, meanwhile, allowed his wife to express his disapproval of the Trump visit, retweeting her criticism on Twitter Wednesday morning:

Trump is "not welcome" in Mexico Margarita Zavala de Calderón tweeted, adding "Mexicans have dignity and repudiate his hate speech."