Toxic takeover syndrome — what happens when you bid $65B for Monsanto, one of the most hated companies in the world 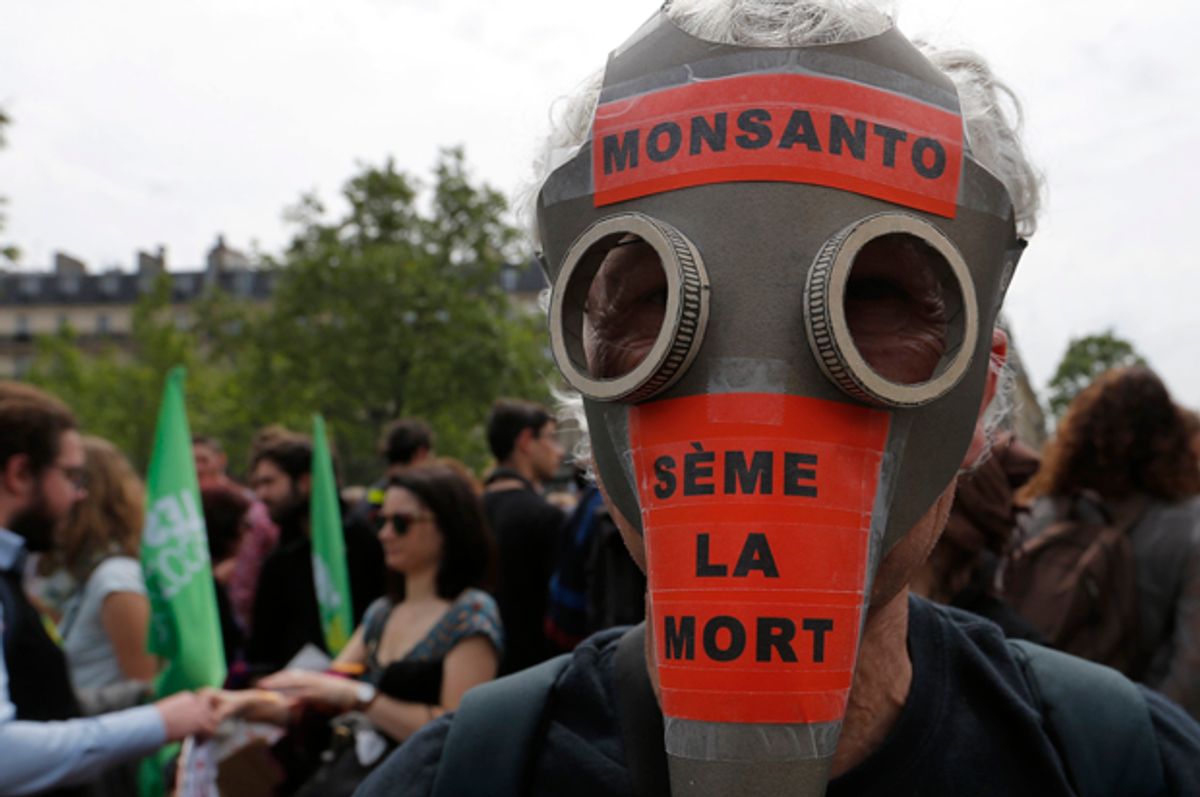 There are many companies whose very names have become synonymous with the evils of their industries, if not blatant examples of general corporate turpitude: Halliburton (Iraq war profiteering), Goldman Sachs ("The Vampire Squid) and McDonald’s (a super-sized contributor to the obesity epidemic) to name but a few.

Naturally, the bioengineering sector has its own Voldemort-like villain: Monsanto Co. If liberal HBO talk-show host Bill Maher, Occupy Monsanto activists and monoculture opponents are to be believed, the St. Louis-based agricultural giant is poisoning the planet with mutant crops and herbicides and threatening the world’s food safety and security.

But if German pharmaceuticals and chemicals maker Bayer AG is to be believed, Monsanto is a moneymaking prize like no other. On Tuesday, Bayer came one step closer to becoming the new bad boy of GM crops, upping its bid to acquire Monsanto to more than $65 billion. In response, Monsanto has agreed to allow Bayer to review its books as part of a due-diligence check, a signal that the companies are closing in on on a friendly (rather than hostile) acquisition.

“Monsanto has been under assault for years, and this has seeped into the public consciousness,” Korschun said. “Bayer is buying Monsanto’s products portfolio and expertise. But it’s also buying Monsanto’s perception in the minds of consumers.”

For years Monsanto has faced one fierce consumer backlash after another over its genetically modified seeds and its RoundUp herbicide. In 2002 the company faced public outrage when some of its genetically modified canola seeds appeared in U.S. crops before they had been approved in the States. Then, in 2004, global outcry forced the company to drop plans to sell GM wheat seeds.

Several reputable organizations including the National Academy of Sciences, the World Health Organization, Britain’s Royal Society and the European Commission, have concluded that there’s no evidence that the GM foods are unsafe to eat. But many people still believe that GM foods are potentially harmful to human health. And others argue that Monsanto contributes to overuse of pesticides and herbicides, reduces crop biodiversity and infringes on farmers’ rights to harvest seeds to use in future growing cycles.

Despite a PR shakeup in 2013, Monsanto remains among the most reviled corporations in the world. Harris Poll’s 2016 report on America’s 100 most loved and loathed companies ranked Monsanto near the bottom of the list, one notch below Goldman Sachs and above only Comcast, BP, Halliburton and Volkswagen (fresh off its recall scandal).

If the Bayer-Monsanto deal goes through, it will not only be the biggest-ever all-cash acquisition but also it will turn a 153-year old company from a bit player in the world of GM seeds (through its crop-science unit) into one of the world’s largest producer and distributors of genetically modified seeds. But unlike Monsanto, whose business has been largely immune to consumer criticisms (because all it need to do is convince farmers to buy its products), Bayer produces its eponymous aspirin, Dr. Scholl’s insoles, Claritin allergy medicine and other products as part of a trusted family of brands. These products are found in people’s homes and on the shelves of local grocery stores and pharmacy outlets. Consumers are more directly linked to Bayer’s business, which anti-GMO activists could use as leverage.

“Monsanto is based on business-to-business sales to farmers, but we could now see Monsanto get pulled into a company with a very large consumer base,” Korschun said. “There will be considerable pressure on Bayer to address issues Monsanto was able to avoid, and I think you’ll see activist groups try to start a conversation with Bayer’s customers. Greenpeace has become very good at raising awareness by connecting customers to the products they buy.”

So don't be surprised if, when the takeover goes through, you start hearing protesters add cries of "boycott Bayer" to "Monsanto sows death."