Elena Ferrante's outer defends piece: "All I did was expose a lie"

The journalist's piece sparked criticism from fans of the author 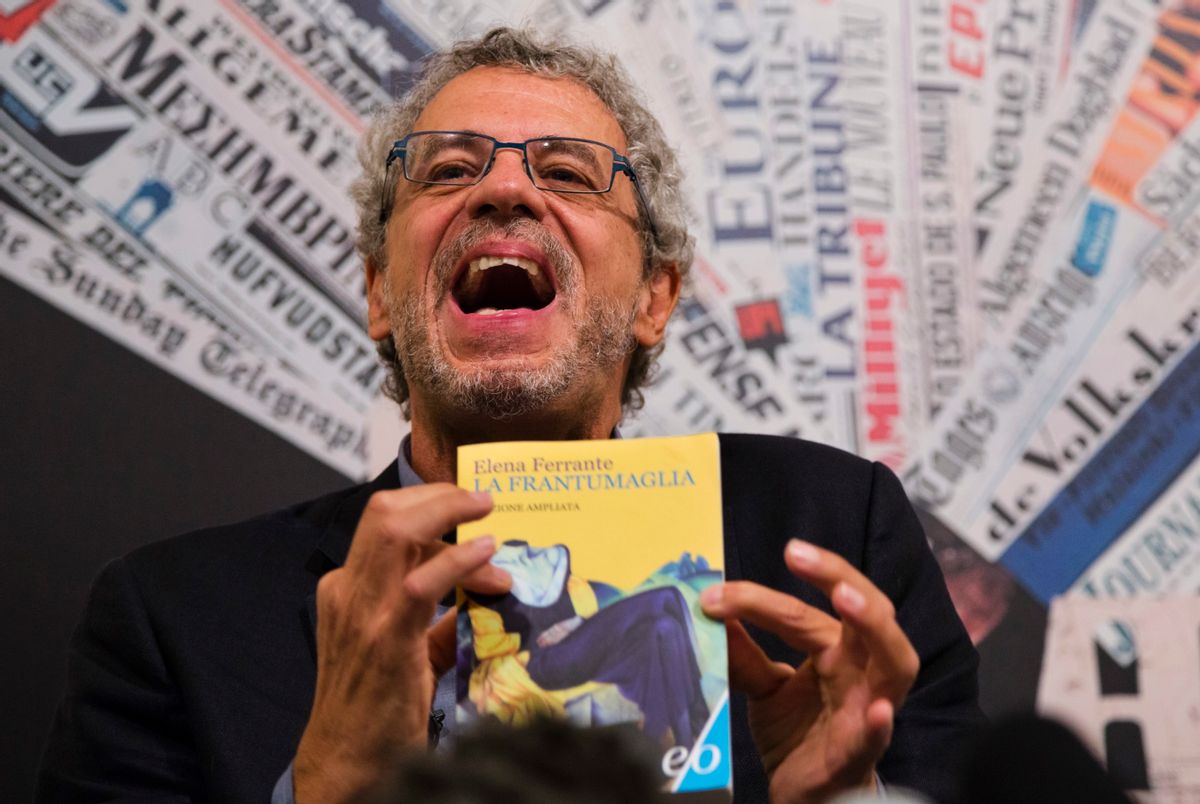 Italian journalist Claudio Gatti of the Italian financial daily Il Sole 24 Ore, speaks during a press conference at the Foreign Press Association in Rome, Friday, Oct. 7, 2016. Gatti, who claims to have exposed the identity of best-selling author Elena Ferrante defended his investigation Friday as having debunked "lies" about her background and contributed to knowledge about her work. (AP Photo/Domenico Stinellis) (AP)
--

ROME — The Italian journalist who claims to have exposed the identity of best-selling author Elena Ferrante defended his investigation Friday as having debunked "lies" about Ferrante's background and contributed to knowledge about her work.

"All I did was expose a lie," he said: "I used the only thing that works: Follow the money."

Gatti's expose appeared in Il Sole, the New York Review of Books and French and German publications Sunday, sparking immediate criticism from Ferrante fans and fellow writers that he had invaded the author's privacy. Neither the author nor the publisher has confirmed or denied the story.

Gatti concluded that Ferrante is a Rome-based translator of German by tracing her salary with revenue from her publisher, Edizione E/0, and real estate records. Gatti pieced together the author's personal history through historical archives, discovering that her mother was a Holocaust survivor who fled Nazi Germany for Italy only to have to flee to Switzerland when Fascist dictator Benito Mussolini imposed racial laws on Jews. The mother married a Neapolitan magistrate and settled in Rome, where the author grew up.

Ferrante's quartet of novels about the lifelong friendship of two girls who grew up poor in post-war Naples has won fans around the world. The books detail the complexities of female friendship, the rise of feminism in Italy and the insidious normalcy of violence and organized crime in Italy's poor south.

Speaking Friday at the Foreign Press Association, Gatti said his investigation merely debunked the story that Ferrante and her publishers had sown over the years, especially in the autobiographical book "Frantumaglia: A Writer's Journey." The narrative is that Ferrante grew up poor in Naples, one of four daughters of a seamstress, with no mention of the Holocaust.

Ferrante's heroines Lila and Lenu are "strong, powerful women who survived" — much as Ferrante's own mother was a survivor of the 20th century's worst horror, Gatti said.

Gatti, who said he loved the novels when he read them all in a row two years ago, said he didn't set out to attack Ferrante but merely to understand who she was. He said he understood she was shy and believed that artwork should speak for itself.

"I'd like to know when, in the history of art in the world, there has been a work of art that has been damaged, impoverished or diminished by knowledge of who the artist is," Gatti said. "I think knowing the artist enhances the art."