Everything President Obama has done could easily be undone 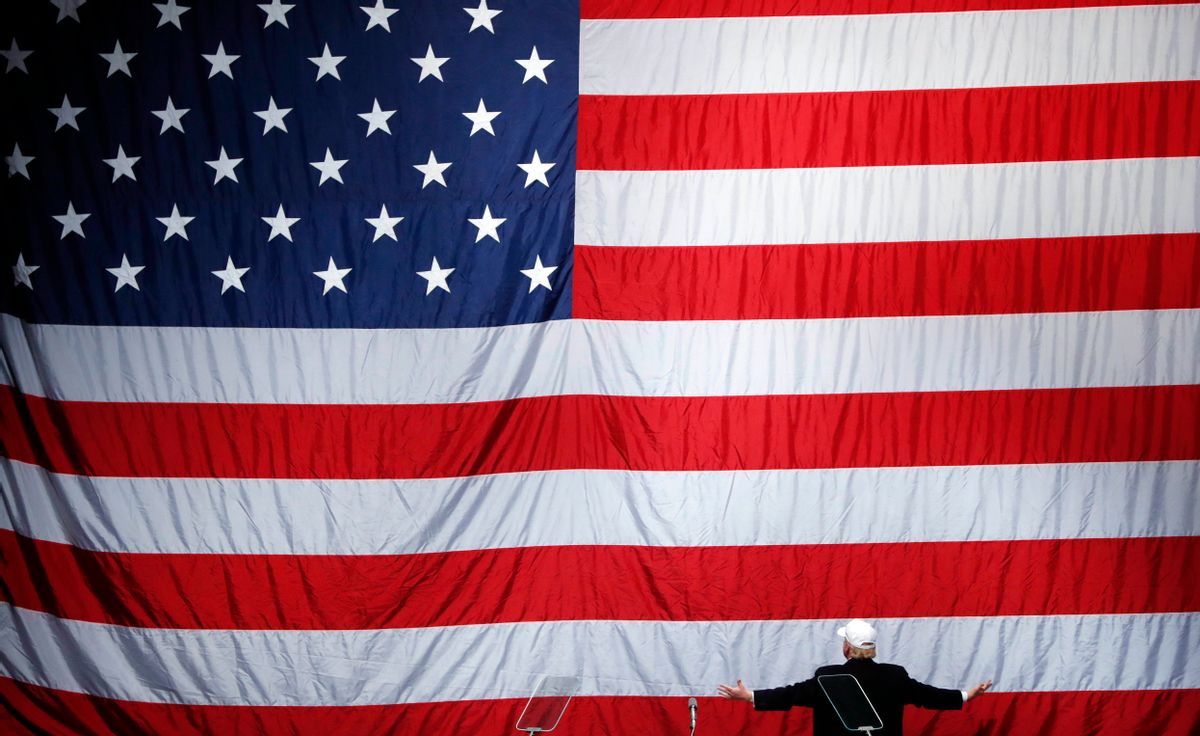 It's easy to get swept up in hyperbole right now, but we need to ask ourselves a serious question: What will President Donald Trump actually do once he takes over the most powerful nation in the world?

Trump will have Republican majorities in both houses of Congress, and considering the timidity with which most of them stood up to Trump during the election, it's unlikely they'll grow a backbone now.

The Supreme Court is split 4-4 between liberals and conservatives — and Trump gets to pick the deciding vote.

Most important of all, though, is the fact that much of Trump's agenda can quite literally be achieved on his first day in office. Because President Obama was unable to pass legislation through Republican obstructionists in Congress, he was forced to use executive orders to achieve many of his signature policy goals. These included forestalling deportation of minor children of illegal immigrants, implementing the Syrian refugee program, strengthening regulations on greenhouse gas emissions from power plants, applying the Family Medical Leave Act to same-sex couples, and increasing wages for government contractors.

“We want to identify maybe 25 executive orders that Trump could sign literally the first day in office," explained Stephen Moore, an official adviser to the Trump campaign and a senior fellow at the Heritage Foundation, in an interview with The New Yorker. “That’s a problem I don’t think the left really understood about executive orders. If you govern by executive orders, then the next President can come in and overturn them.”

Not only is Trump likely to undo some or all of the Obama policies just listed, but he could also create executive orders of his own, such as relaxing background checks on gun purchases or ordering the Commerce Department to pursue trade cases against China. Most likely, however, he would need to use both executive orders and his new congressional mandate to focus on the three core issues of his campaign — fighting illegal immigration, rolling back women's rights, and repealing the Affordable Care Act.

In terms of health care reform and women's rights, Trump is defined not so much by what he would do as by what he plans to undo. Although he has never offered a consistent (or even coherent) plan for health care reform, he has repeatedly and emphatically said that he would appeal the Affordable Care Act, increasing the number of uninsured Americans by 9 million and adding $33 billion to the federal deficit within a year. To offset this, Trump proposes minor tweaks to the health care status quo, such as allowing consumers to deduct insurance premiums from their tax returns, permit more drugs to be exported from overseas and give Medicaid block grants to the states

Of course, part of Trump's health plan includes reducing access to abortion and contraception, which ties into his vow to defund Planned Parenthood.

Finally, there is the realm of foreign policy, where he'll have the most unilateral power. Trump said he'd dismantle Trans-Pacific Partnership, as well as work to undo the free trade policies that have governed America's international commerce since the 1930s. He promised he'd work with Russian President Vladimir Putin, and said he'd "bomb the shit out of" ISIS and other radical Islamist groups throughout the Middle East.

His aversion to international relations could be worrisome, though. He's hinted that he may not stand up for NATO allies, and suggested that he would have a laissez-faire attitude towards countries trying to develop nuclear weapons.

In short: We don't need to say that Trump is the next Hitler (he isn't) or that he will bring about an Orwellian dystopia (he won't) or cause the apocalypse (although to be fair, given his global warming denialism and blase attitude toward nuclear weapons, that one may be a little closer to the truth). But let's not kid ourselves into thinking that his election isn't an unmitigated disaster.