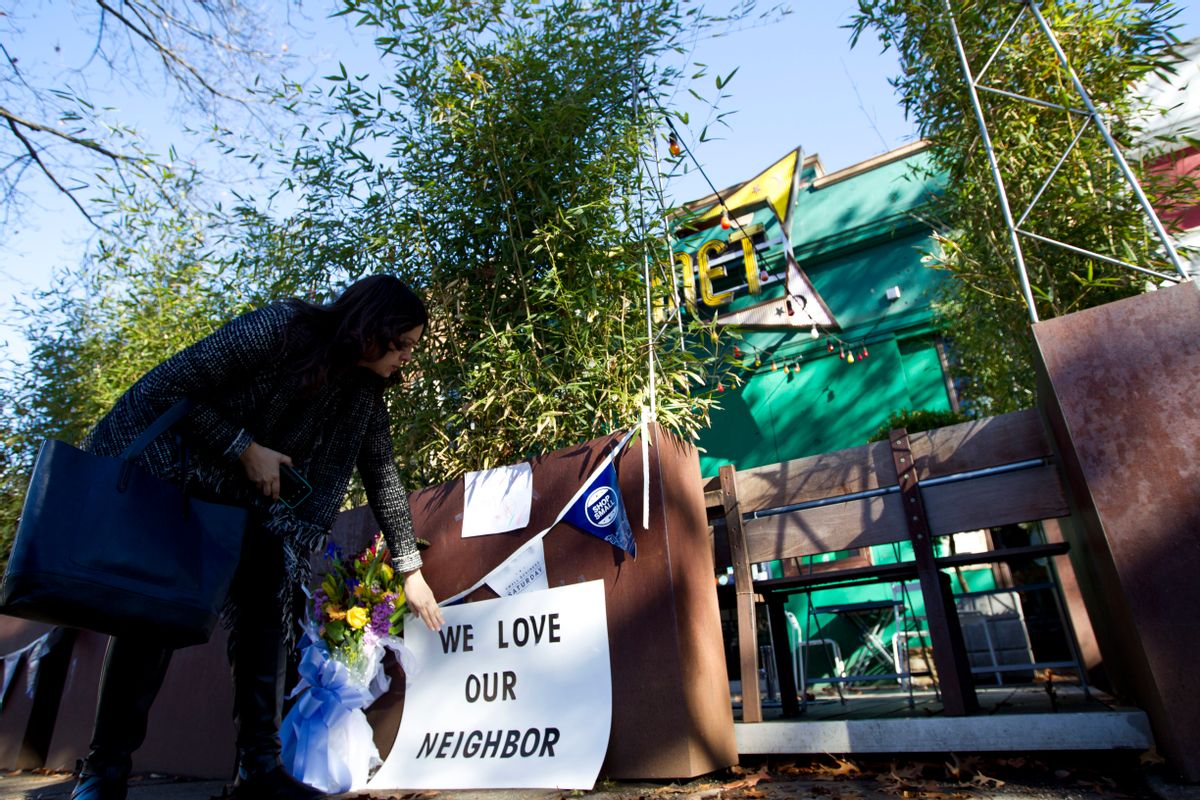 Sabrina Ousmaal co-owns Terasol, a restaurant on Connecticut Ave. in Washington, D.C., across the street from Comet Ping Pong, the pizza joint conspiracy theorists still believe is the front of a child prostitution ring.

On Sunday, Ousmaal parked her car in front of Terasol at around the same time gunman Edgar Maddison Welch entered Comet to "self-investigate" the fake news story.

As patrons ran screaming out of the restaurant, "I knew exactly what was going on," she told The Washington Post.

In the minds of conspiracy theorists, Terasol's sheer proximity to Comet somehow implicated it in the made up sex trafficking operation.

A few days before the election, Ousmaal noticed a disturbing Google review of the restaurant. It alleged that they, too, were involved in the sex-abuse plot. More online accusations quickly followed.

They suspected that the online mob may have targeted them because of a photo on Terasol’s website that showed Ousmaal and her daughter posing with Clinton, who had eaten there three or four years ago.

After Abdel Hammad, owner of nearby Besta Pizza, removed from his website a pizza slice logo that conspiracy theorists believed somehow symbolized child pornography, he started getting angry calls.

"We’re going to put a bullet in your head," one of the many callers threatened.

Last week, Hammad said, a pair of protesters barged into his shop and photographed a manager, who broke his fingers when he tried to stop them.

More than once, he’s had to turn off the phones at his two stores, including one in Bethesda. His revenue, he said, has plummeted by 35 percent.

Hammad — a Donald Trump voter and Egyptian immigrant — said that if his sales continue to plummet as a result of pizzagate, he'll have to close up shop within "another month or two."