Trolling in the name of “free speech”: How Milo Yiannopoulos built an empire off violent harassment 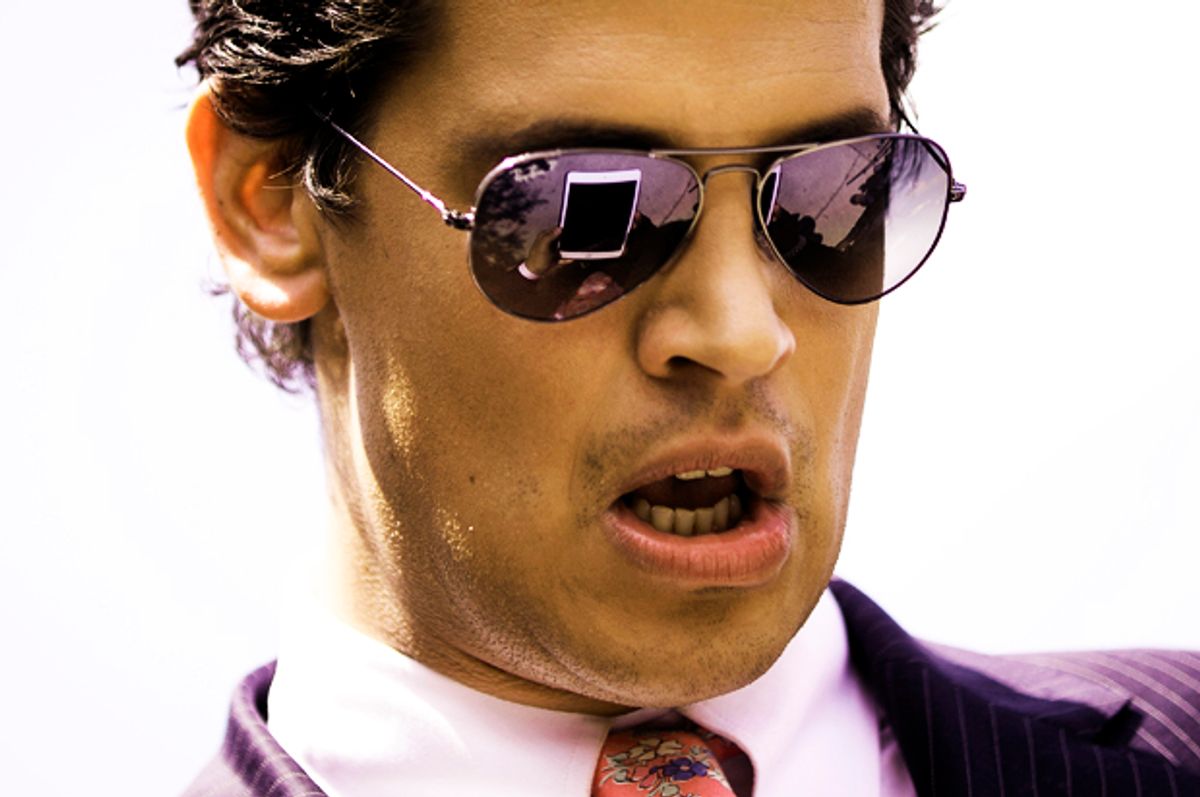 How would you feel if a speaker — a total stranger whom you’ve never met — came to your university and singled you out for harassment? How about if a video of that event were uploaded to YouTube, where more than 200,000 people could watch the speaker repeatedly bully you, all while the audience egged him on? And what if the campus knew that this was a possibility — given the speaker’s well-documented history of abuse — and did nothing about it?

For Adelaide Kramer, those questions aren’t hypothetical. Kramer unwittingly found herself the subject of a speech delivered by Milo Yiannopoulos, a notorious Twitter troll who last Tuesday brought his “Dangerous Faggot” tour to the University of Wisconsin-Milwaukee.

Kramer, a transgender student who identifies as nonbinary, lobbied the university to gain access to the women’s locker room, stating that Title IX protections under the Education Amendments Act of 1972 banned discrimination in schools on the basis of gender identity. Kramer was successful in doing so. In May, Justice and Education Departments sent a letter to schools advising that the law, which initially provided protections on the basis of race, religion, and gender, extended to trans students.

According to Yiannopoulos, Kramer “forced his way into women’s locker rooms.”

Yiannopoulos said while a photo of Kramer was projected on stage for audience ridicule: “He got into the women’s room the way liberals always operate, using the government and the courts to weasel their way where they don’t belong.” Title IX “is used to put men into women’s bathrooms. I have known some passing trannies in my life. Trannies . . . you’re not allowed to say that. I’ve known some passing trannies, which is to say transgender people who pass as the gender they would like to be considered.”

He added that he didn’t find Kramer “passable” enough. “The way that you know he’s failing is I’d almost still bang him,” Yiannopoulos said to audience laughter. Kramer herself was in the audience.

The 33-year-old Yiannopoulos, who was a little-known tech writer before meticulously rebranding himself as an alt-right enfant terrible, is being hosted by “free speech” groups across the country. He panders, however, to a conservative fantasy of speaking truth to political correctness while actually promoting harassment and violence against marginalized groups — who are then blamed for the bigotry he promotes. Critics might argue that his detractors are merely “special snowflakes” who wish to be protected from ideas they disagree with, but it’s Yiannopoulos whom students need protected from.

Yiannopoulos, who is openly gay, has referred to himself as “the most fabulous supervillain on the Internet,” like Cruella de Vil in hot pink short shorts. That description makes him sound a lot more interesting than he he is. The bleach blond Brit has ridden the coattails of a national backlash against PC culture, epitomized by the election of Donald Trump to the presidency, to promote bigotry in the name of intellectual freedom. His ideas are incendiary and about as deep as a Sunday brunch mimosa.

Like the demagogue-elect whom Yiannopoulos worships, he knows how to get attention. When Milo — who is the only Breitbart writer recognizable enough to use his first name as a byline — appeared at Chicago’s DePaul University in May, he antagonized the people of color who protested his lecture: “I’ve worked out why there are so many black girls here. It’s because I fucked their brothers,” he said.

Yiannopoulos further bragged that his talk, which was organized by DePaul College Republicans, would lead to the arrests of people of color on campus. “I give it 20 minutes,” he added. “The statistics of black incarceration are about to go up.”

In the interest of full disclosure: I attended DePaul University both as an undergraduate and graduate student, where I received my master’s degree in media and cinema studies. But before transferring to DePaul, I spent a year at the University of Cincinnati, where a fundamentalist zealot would frequently preach hate to students from the safety of the quad. The area he occupied was known as the “Free Speech Zone,” which meant he was at liberty to rail against gays, feminists and all manner of contemporary evil with impunity.

But students in the know warned others not to take the bait: His mission was to get attacked so as to drum up support for religious extremism. By successfully painting himself as the victim, a warrior of God assaulted by the heathens of the New Left, he could successfully solicit donations from the faithful with a little extra coin to spare. Fear is a great marketing campaign.

That’s more or less what took place at DePaul. After Yiannopoulos painted people of color as criminals and sex objects, students of color stormed the stage, taking the microphone from his hands. DePaul College Republicans complained that they were being silenced by the Orwellian forces of the safe space brigade. As a result, the university's president, the Rev. Dennis H. Holtschneider personally apologized to campus conservatives in a press release. Holtschneider claimed that he was “ashamed for DePaul University.”

Media coverage largely depicted the protesting students — as news outlets so often do following such controversies — as coddled crybabies who yell “trigger warning!” at the first sign of a threat to their liberal bubble. That's sometimes true. Undergrads, many of whom grappling with concepts of social justice for the first time, frequently let youthful idealism cloud a nuanced understanding of how the world functions. Isn’t that what college is for?

The hysteria over collegiate oversensitivity eclipsed the grave impact of Yiannopoulos’ speech, which set off a firestorm of racial hate on DePaul’s campus.

Following his lecture, ThinkProgress reported that DePaul students discovered nooses strewn around campus. While conservatives had chalked the sidewalks with pro-Trump slogans in the days leading up to the event, they replaced them with a more permanent rejoinder: “Fuck Mexico” was painted in black outside the school’s quad. When The Daily Caller, a popular right-wing blog, reported that Ada Cheng, a women’s studies professor, resigned in protest over Yiannopoulos’ speech, she received death threats. Internet trolls even targeted her page on Rate My Professor.

This is what Yiannopoulos does, and he is extraordinarily successful at it. When Twitter revoked his “verified” badge in January, the alt-right figurehead claimed that the social media platform had targeted him for being a Republican. “Effectively they have privileged progressive opinions over mine and reduced my power and influence in the marketplace,” he told Fusion in an email. “That’s a real thing.” By crying persecution, Yiannopoulos became an conservative cause célèbre, trending under the hashtag #JeSuisMilo.

He was blocked, though, for the same reason that DePaul declined to invite him back, while colleges like New York University, University of Miami and Florida Atlantic University have disinvited him from their campuses: Yiannopoulos threatens the safety and dignity of minority groups.

Although Twitter has not said why Milo was unverified, many have pointed to a tweet in which Yiannopoulos told one of his liberal critics that he “deserves to be harassed.” Months later, he put that wish into action, inciting his cadre of trolls to harass comedian Leslie Jones, one of the stars of Paul Feig’s “Ghostbusters” reboot. Jones was referred to as an “ape” on Twitter, while receiving photos of herself with semen all over her face. Trolls hacked her website, posting nude photos uploaded from her personal iCloud account to the page. When it comes to Milo’s treatment of women, particularly queer women and rape victims, that’s par for the course.

For his role in the controversy, Yiannopoulos was permanently banned from the microblogging site — which, of course, has made him more popular than ever. He is scheduled to speak at Washington State University, the University of Colorado Boulder, the University of New Mexico and the University of California, Los Angeles in the coming months. Viewed as one of the leading young conservative voices, he’s a regular on networks like CNBC, ABC and Fox News.

That feedback loop won’t stop until colleges and other institutions that host Milo in the name of “free speech” follow Twitter’s lead and stop giving him a platform so that more students won't find themselves in Adelaide Kramer’s shoes.

What’s particularly troubling is that Yiannopoulos has continued harassing the trans student — who is in no way a public figure — at other stops on his tour. At an appearance in Minnesota, he boasted that Kramer dropped out of school because of the harassment she experienced. “This young man was desperate for a bit of tit and minge,” Yiannopoulos said. “But it turns out, he’s going to quit the university.” (Kramer confirmed this in an interview with Mic but her decision came in response to the college’s handling of the situation, not Yiannopoulos.)

Don’t let the feather boa fool you. Yiannopoulos, a rebel whose cause is himself, doesn’t really care about the ideals of unfettered personal expression to which he gleefully panders. He wants what any troll wants: attention, no matter whose life is destroyed in the process.