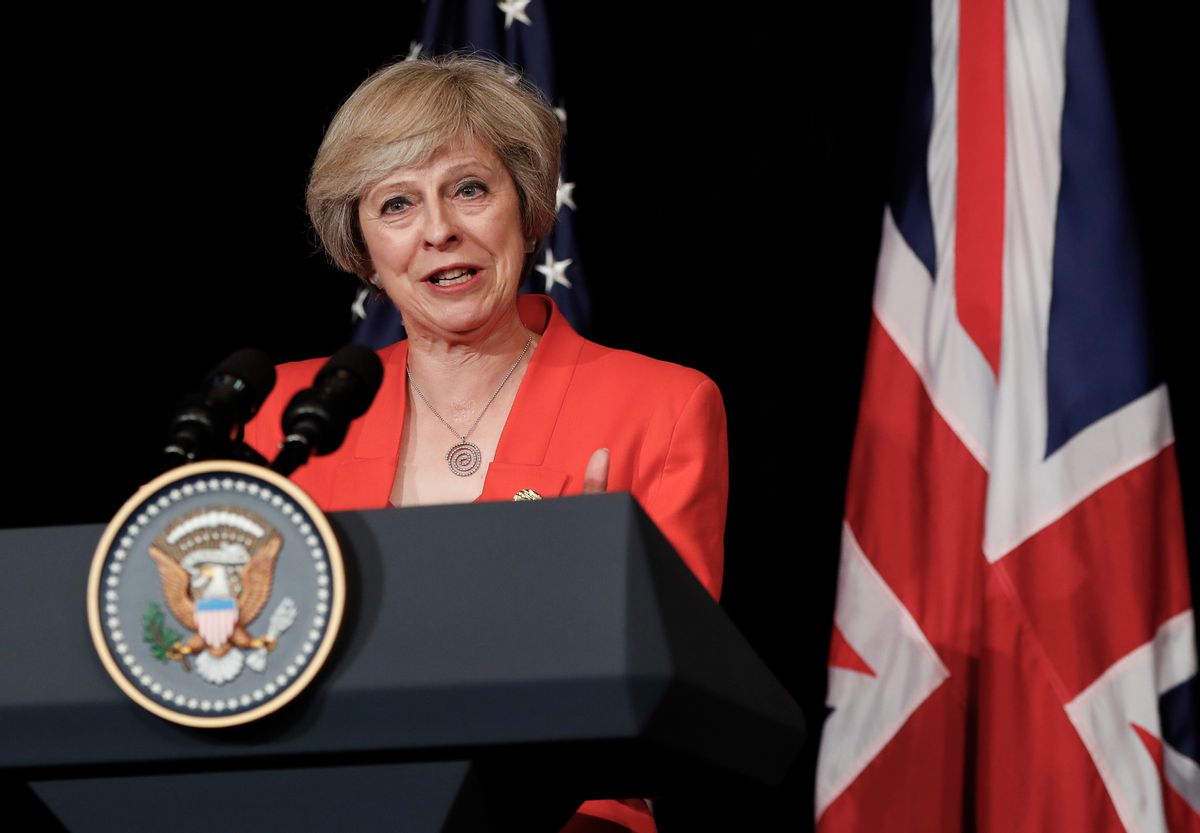 What happens when an American authoritarian meets a British arch-conservative? The public found out Friday, as President Donald Trump and Prime Minister Theresa May held their first joint press conference, a sporadically awkward affair that reminded us just how ill-prepared Trump is for the world stage.

Here were the five most painful moments.

1. On NATO and Trump's changing positions

“On defense and security cooperation, we’re united in our recognition of NATO as the bulwark of our collective defense, and today we've reaffirmed our unshakable commitment to this alliance,” PM May said in her introduction. “Mr. President, I think you said, you confirmed that you’re 100 percent behind NATO,” she added.

Trump has repeatedly challenged the validity of NATO, calling the organization "obsolete," a remark that sent shockwaves through Europe earlier this month. Apparently, for Trump, putting "America first" means reconsidering alliances made when America was a "rich nation" and focusing on our own defense going forward.

In response to his opening remarks, one reporter asked Trump, "You said you'd stand by us with NATO, but how can the British prime minister believe you? Because you have been known in the past to change your position on things."

"I really don't change my position very much," Trump told him, using trade as an example. However, even this proves untrue.

Trump's meeting with Russian President Vladimir Putin is just a day away, and given his blasé answer in the press conference, it appears Russian sanctions may not even be discussed.

"How close are you to lifting some of the sanctions imposed on Russia over Ukraine incursion? What would you expect in return?" Trump was asked by a reporter.

Trump said it was "very early to be talking about that," but PM May was much firmer in her answer.

Trump's controversial views were called into question by one British reporter who asked Trump to defend them.

"Mr. President, you've said before that torture works; you've praised Russia; you've said you want to ban some Muslims from coming to America; you've suggested there should be punishment for abortion," she rattled off.

"For many people in Britain those sound like alarming beliefs. What do you say to our viewers at home who are worried about some of your views and worried about you becoming the leader of the free world?" she asked Trump.

Trump turned to May, smirking.

"This was your choice of a question?" he asked the PM. "There goes that relationship!" he sort-of joked.

Trump's turbulent relationship with Mexico was also questioned in the press conference, to which he responded, "[The Mexican president and I] had a very good call. I have been very strong on Mexico. I have great respect for Mexico. I love the Mexican people . . . but as you know, Mexico . . . has out-negotiated us and beat us to a pulp."

He also persuaded May not to weigh in, even though the question regarding the U.S.-Mexico relationship was directed at her as well.

"I think the prime minister, first of all, has other things that she's much more worried about than Mexico and the United States' relationship," Trump said.

The reporter who questioned Trump on his changing positions also asked Trump how he and May planned to work together, given their political differences.

"People are fascinated to know how you're going to get on with each other . . . have you found anything in common personally yet?" he asked Trump and May.

Trump awkwardly explained that he, like May, is a "people person," and then proceeded to rant on about Brexit. Did he forget that May voted to remain, not leave?