After years of sleazy partisan attacks, suddenly Republicans are outraged

In an epic example of projection, the party that launched partisan probes for decades now claims to be horrified 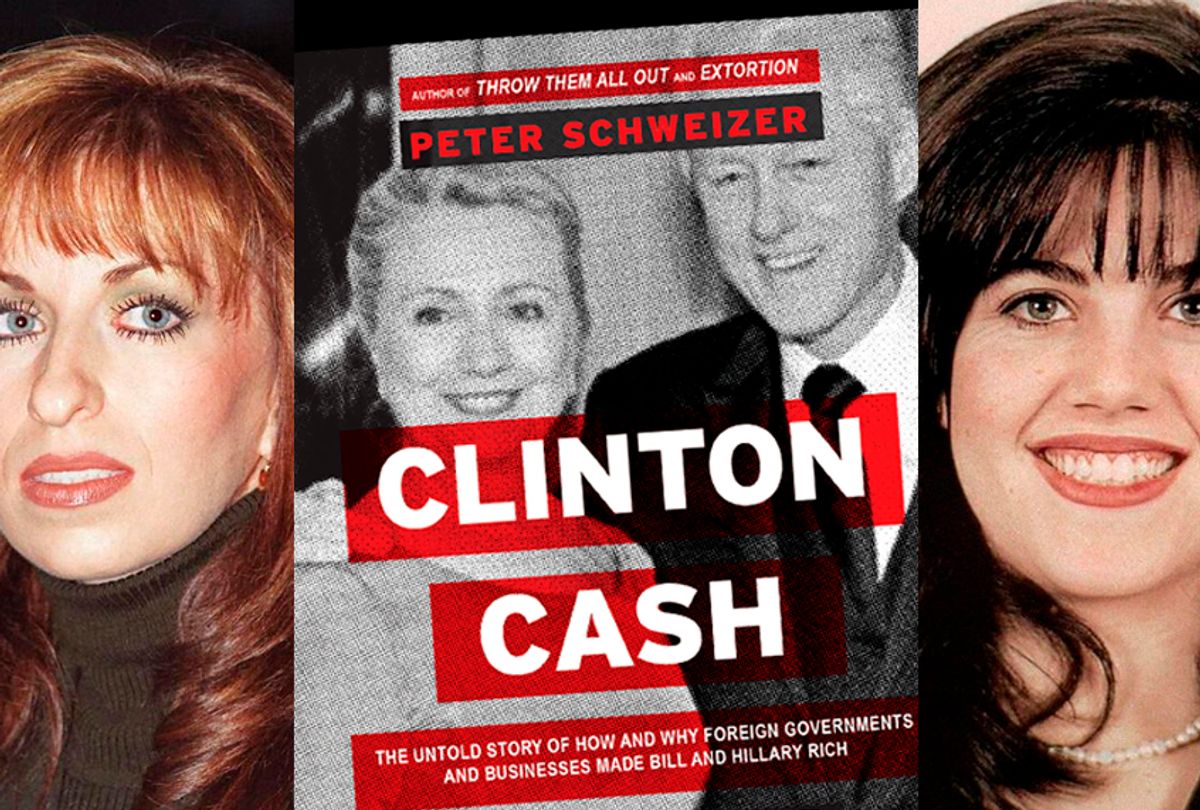 It's been 72 hours or so since the Devin Nunes Memo was released, and it's clear that despite wall-to-wall coverage, the entire spectacle changed nothing. For Fox News pundits and their associates in the GOP, it proves there was a conspiracy among FBI and Department of Justice leadership to destroy Donald Trump. For everyone else, it shows that the rationale for the Russia investigation was a legitimate line of inquiry.

Sean Hannity said that this memo makes clear that charges must be dropped against Paul Manafort and Michael Flynn -- for some reason, even though the latter has already pleaded guilty to a crime. Donald Trump Jr. ranted inanely that Democrats were both McCarthyites and "commies," which is a neat trick. He also said something truly reckless:

There is a little bit of sweet revenge in it for me and certainly probably the family in a sense that if they wouldn't have done this, this stuff would be going on. This would be going on at the highest levels of government. They'd be continuing doing it to my father, trying to undermine his actions.

And here we all thought the president's decision to declassify the memo was all in the interest of transparency and national security.

On the other side of that argument is everyone else, even including some heavy-hitting Republicans like the scourge of Benghazi, Rep. Trey Gowdy, R-S.C., who went to great lengths to explain that the memo had nothing whatsoever to do with special counsel Robert Mueller and the Russia investigation. This obviously came as news to the president, who tweeted this:

Gowdy's deviation from the Trumpian line on this, echoing Paul Ryan's from last week, is a perfect case of trying to have it both ways. Ryan was the ultimate enabler of this farce, signing off on the Nunes crusade, and Gowdy is the guy who read the underlying FISA warrant application documents on which the memo was based. So nobody should get too excited about their supposed "independence" on this. They were primary facilitators.

It's true that a few others have joined that chorus, signaling that at least a handful of Republicans don't want to be associated with the notion that this memo "vindicates" the president. (Notably, Attorney General Jeff Sessions was not among them.)

The House Intelligence chair and his team have told members and associates they've found other examples of politically motivated "wrongdoing" across various agencies, including the FBI, the broader Justice Department, and the State Department . . . Republicans close to Nunes say there could be as many as five additional memos or reports of "wrongdoing."

One wonders if Nunes has any knowledge of that time in 1950 when a senator named Joseph McCarthy pulled out a "list" he claimed had the names of 200 people in the State Department whom he accused of politically motivated wrongdoing. It didn't end well.

Apparently, the Nunes team think they have more "evidence" of political interference having something to do with longtime Clinton associate and right-wing punching bag Sidney Blumenthal, as well as a man named Cody Shearer, who traveled in Clinton circles 20 years ago.

I have no idea what Blumenthal (who was once the Washington editor of Salon) is accused of doing this time. The Guardian recently reported that Shearer, a former journalist, had evidence pertaining to the Russia investigation which the FBI had been looking at since October 2016. Shearer's "dossier" was turned over to the FBI by the former MI6 agent Christopher Steele, who didn't vouch for his information but noted that it dovetailed with what some of his own sources had told him. Whether the FBI has verified any of Shearer's information remains unknown.

It's easy at this point to imagine the high-pitched howls of outrage spilling forth from the mouth of Sean Hannity over this news. The case right-wingers seem to be building here is that the FBI and the Department of Justice (and apparently other departments as well) are thoroughly corrupted by associations with Democrats and must be purged of the taint. Indeed, the central thrust of the Nunes Memo is that the FBI used information from a source (i.e., Steele) who had been paid by Democrats, which renders the information useless.

Over the course of the last few days, legal experts patiently explained that the motivation of informants and sources is not relevant to the question of whether the information they provide is true. Cases are made every single day on the basis of testimony and evidence provided by people whose motives are anything but pure: gangsters, jailhouse snitches, angry spouses, whatever. It's not as if the authorities just take their word for it. Information has to be corroborated, and apparently the FISA warrant application process is particularly demanding in that regard.

Nonetheless, Trump and his loyalists are arguing that any Democratic member of the government bureaucracy is automatically suspect, and any information that comes from a Democratic partisan must be immediately discounted as unreliable. This is very interesting, considering Republicans' partisan history of feeding information to law enforcement and special counsels.

Most recently, we had the FBI open a case to investigate the Clinton Foundation partially on the basis of charges in the book "Clinton Cash," a partisan hit job by right-wing journalist Peter Schweizer, who is co-founder and president of Steve Bannon's Government Accountability Institute, a conservative nonprofit funded by right-wing mega-donors Robert and Rebekah Mercer. After President Trump repeatedly expressed his anger and frustration that the FBI was not "going after Hillary Clinton," it was announced just this month that the Little Rock office has re-opened the case. The recently exhumed Uranium One "scandal" sprang from the same partisan poison pen.

This Republican practice goes way back. The Whitewater scandal was a product of a coordinated partisan campaign called "the Arkansas Project," financed by a right-wing millionaire named Richard Scaife. The Department of Justice, the FBI and the independent prosecutors of that era chased their tails for years running down all the "tips" they got from anti-Clinton sources, from the so-called "elves" who set up the Paula Jones case to the malevolent Lucianne Goldberg, who encouraged Linda Tripp to trap Monica Lewinsky into talking about her affair with Bill Clinton on tape.

The idea that right-wingers are "projecting" their own disorders onto others is probably overdone, but in this case it holds up. Republicans who claim that because the Steele dossier was (partially) paid for by Democrats it is therefore a completely unreliable partisan attack against the president are simply reflecting their own patterns and practices -- which continue as we speak. It's absurd for anyone to take their criticisms seriously. Unfortunately, that doesn't appear to be a deterrence to Devin Nunes and his lieutenants. They've got memos lined up from here to Election Day. Their boss will be so pleased.