If the VA is privatized, here's how veterans will suffer 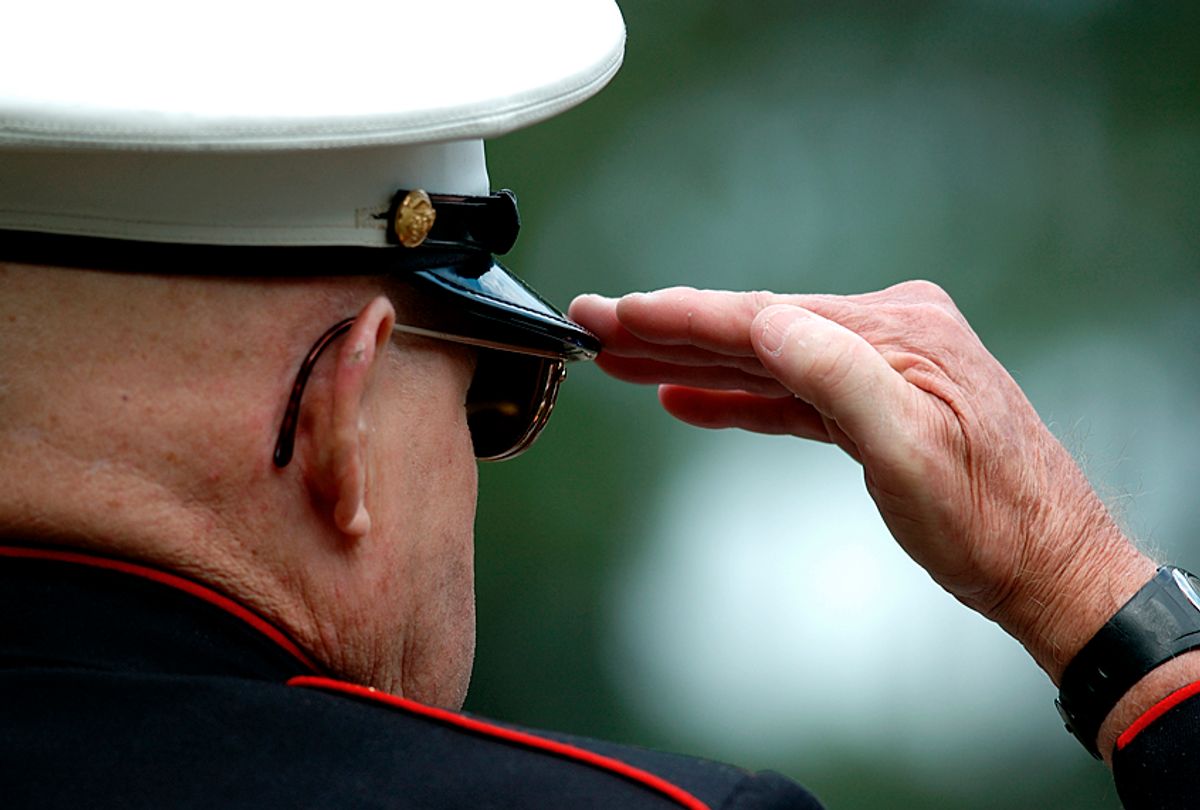 When Secretary of Veterans Affairs David Shulkin described the reasons behind his firing in a New York Times editorial on Wednesday, he conveniently focused not on his controversial taxpayer-funded trip to Europe but on the issue of whether some of the health care services provided by the V.A. ought to be privatized.

Regardless of whether you think Shulkin is trying to distract from his unrelated scandals, his claims about the prospect of V.A. health care being privatized are sobering enough that they deserve attention. After describing how he has tried to bring an ideologically diverse group of voices to the table when shaping V.A. policy, Shulkin argued:

He also issued a stark warning about what the consequences would be if they got their way:

These individuals, who seek to privatize veteran health care as an alternative to government-run V.A. care, unfortunately fail to engage in realistic plans regarding who will care for the more than 9 million veterans who rely on the department for life-sustaining care.

Now Shulkin is about to be replaced by Ronny Jackson, a White House physician with no experience in management — much less running an agency as large and multifaceted as the Department of Veterans Affairs — and whose views on privatizing V.A. services are largely unknown.

"I don't know where Admiral Jackson stands on these issues, and from what I've gathered, no one else does either," Will Fischer, Director of Government Relations at VoteVets, told Salon. "And we're going to be paying very close attention to his public comments between now and his confirmation hearings, and certainly during those hearings we will be pressing those elected officials to really ask him those tough questions. Not only on his thoughts on things like V.A. privatization, but what managerial experience does he have in managing an agency of over 330,000 employees and an over $200 million budget?"

Fischer's view was shared by at least one other prominent veterans' advocate.

"We’re really surprised at this nominee. Looking at his background we don’t see anything that indicates he’s capable of running a $200 billion agency. The VA is a lot more than just a medical system," Joe Chenelly, national executive director of Amvets, told The Wall Street Journal.

Yet as far as Fischer was concerned, the possibility that Jackson may be incompetent is only one troubling dimension to his nomination. If Shulkin is correct and Jackson's nomination signals a desire by the Trump administration to privatize V.A. health care, millions of veterans could wind up paying a steep human price.

"Privatizing health care equals worse health care for veterans," Fischer told Salon. "The V.A. is a world-class health care provider that is set up and designed specifically to meet the needs of veterans. And when you have a privatized system, you are going to be taking veterans away from an institution that has a great deal of knowledge about issues that affect veterans specifically. You know, when you have something like audiology: Audiology and hearing loss for a 27-year-old combat veteran, that's different then hearing loss for a 97-year-old person."

"I have no idea what to expect from him, quite frankly," Rowan told CNN, adding that "we were hoping that we prevailed, but at least he isn't appointing one of those rabid privatization people, so that's a plus."

Fischer was also blunt about the sordid motives behind those who would tamper with a working health care system in this way.

"What the Koch Brothers are trying to do, and what the Concerned Veterans for America are trying to do, and what Donald Trump quite frankly, through his floating the name of Pete Hegseth and some of the other comments he's made, what he seems to believe in is a privatized V.A. health care system," Fischer told Salon. Concerned Veterans for America is an advocacy group that receives funding from the Koch Brothers and focuses on privatizing the V.A., with Fox News contributor Hegseth once serving as one of their leaders.

"And what does that mean?" Fischer told Salon. "That means more profits for private health care providers. Taking tax dollars meant for veterans out of the V.A. and putting them into the pockets of millionaire and billionaire hospital executives. So profits are very much at the foundation of this debate."

He pointed out that the motives here weren't entirely mercenary, though.

"There is an ideological element to this debate as well," Fischer told Salon. "The V.A. is also very popular among the people who use it, and it works well. And it is also a government-run single provider health care system. And those who are the opponents of Medicare for All or single payer, they know that if they can kill V.A., they can dash the hopes of universal health care ever being realized in this country."

It must be emphasized that, while Jackson's inexperience is a valid cause for alarm, there is not yet any indication that he is either in favor of or opposed to privatizing the V.A. Certainly this is a matter that will need to be addressed during his confirmation hearing, but in the meantime, the bigger issue is that the privatization option even exists in the first place. The V.A.'s health care system works very well for the people who rely on it, and the desire to privatize is indeed borne not out of a concern for the health and fitness of the people who served their country but from right-wing dogma and corporate greed.

If Jackson does wind up supporting privatizing the V.A., or if he is pressured into doing so by Trump and his right-wing backers, millions of veterans will lose access to the quality and affordable health care that they have a right to take for granted. That is the main issue here, one that Shulkin correctly identified in his editorial even if he didn't necessarily do so for the right reasons.