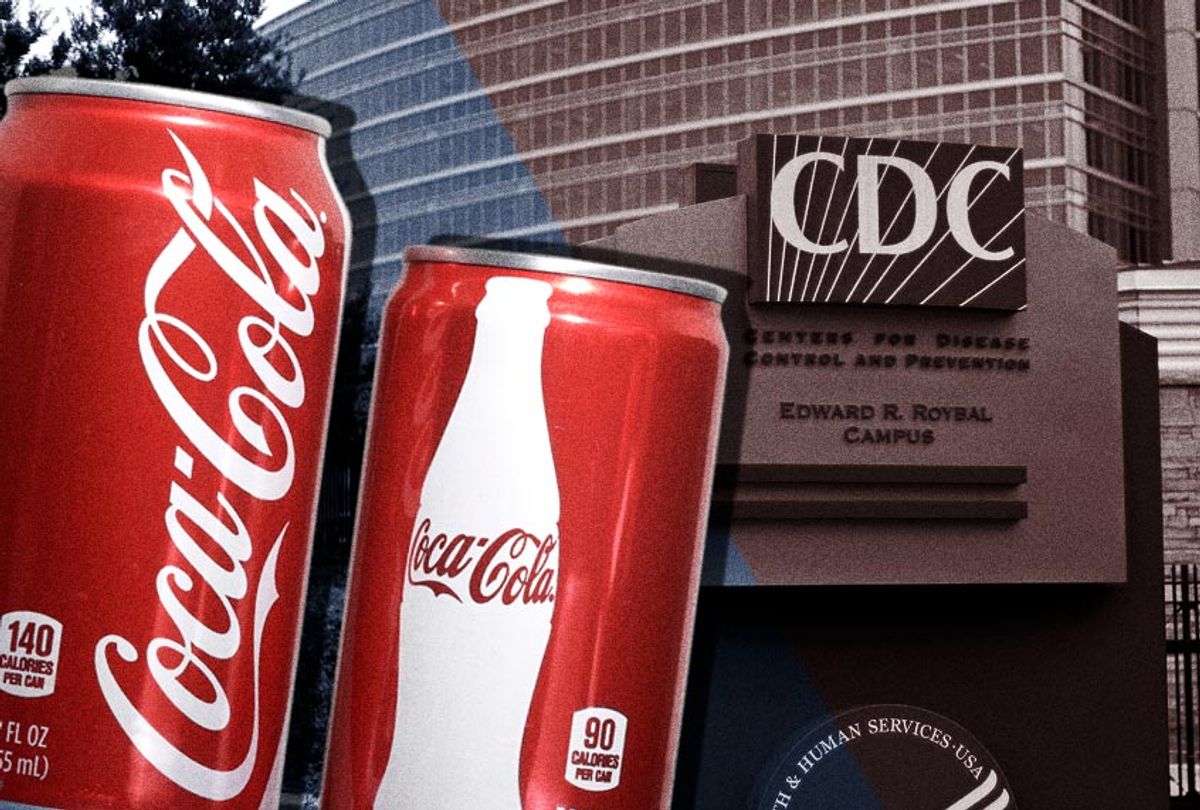 On Monday, Representatives Chellie Pingree (D-Maine) and Rosa DeLauro (D-Conn.) requested the U.S. Department of Health and Human Services Inspector General investigate the relationship between the Centers for Disease Control and Prevention (CDC) and the Coca-Cola corporation following the publication of alarming private email exchanges between officials at the two organizations.

“The emails show a troubling pattern of the company using access to high-level CDC officials to shape debates over public health policy directly involving the nutritional value of its products,” the letter of request from the two congresswomen states.

In the letter, the congresswomen point to a couple specific examples from the published email exchanges, including one where Coca-Cola used self-funded epidemiological studies to argue to CDC officials that “associations between diet beverages and weight… [are] likely the result of reverse causality.”

The messaging coincides with the corporation’s mission to shift blame for the global obesity epidemic. Despite evidence that diet, rather than physical activity, is the defining determiner of obesity, Coca-Cola has a vested interest in arguing the opposite for the sake of their profit margins. Their attempts to obfuscate are a common theme of these email exchanges.

As previously reported, a study published in January in the Journal of Public Health Policy and The BMJ told a chilling tale about how Coca-Cola manipulated Chinese public health policy for its own gain, too.

“It is deeply concerning to see CDC engage with data coming from the company on a question so fundamental to its bottom line – especially when data show that outcomes from industry-sponsored research differ significantly from independent studies,” the congresswomen state.

The representatives also emphasized an email exchange in which Alex Malaspina, former senior vice president of external affairs at Coca-Cola, forwarded a report to staff wherein Margaret Chan, former World Health Organization (WHO) director-general, blamed sugar sweetened beverages (SSB) producers for global obesity. Malaspina solicited advice from the former director of the CDC’s Division for Heart Disease and Stroke Prevention, Barbara Bowman, who was also on the email, on how to make inroads with WHO.

Malaspina wrote in the email: “Please see report on WHO. This is getting a lot of publicity. We must find a way of some one [sic] such as a famous scientist [to] arrange to pay her a visit. Maybe Jim Hill or someone of similar stature or a US government scientist.”

“In summary I am suggesting that collectively we must find a way to start a dialogue with Dr. Chen [sic]. If not, she will continue to blast us with significant negative consequences on a global basis. This threat to our business is serious. Warmest Regards, Alex.”

Jim Hill, as reported in 2015 by the Denver Post, accepted a $550,000 gift from Coca-Cola for an obesity campaign, and tried to get a job for his son at the corporation, too. Bowman stepped down after reports were published regarding these exchanges.

Following these departures, a group of scientists at the CDC wrote a letter raising concerns about the current state of ethics in 2016.  Dr. Brenda Fitzgerald, whom President Trump tapped to head the CDC in July 2017, led a Coke-funded campaign against childhood obesity when she served as the Georgia Public Health Commissioner. Fitzgerald resigned in January 2018 over concerns for potential conflicts of interest, as she held financial investments in tobacco and health care companies.

“Though we recognize the role of public-private partnerships in advancing the agency’s broad public health goals, this report demonstrates Coca-Cola’s conflicts of interest in engaging with CDC staff on nutrition policy,” the congresswomen say in their letter. “Given that decades of peer-reviewed research has established links between soft drink consumption and negative health outcomes like obesity, heart disease, and type 2 diabetes, it is clear that the Coca-Cola’s influence is inappropriate and must be probed further.”

Gary Ruskin, co-director of U.S. Right To Know, told Salon in an email he is happy to see the congresswomen take action following the report.

Tesia Williams, director of communications at the Office of Inspector General, confirmed to Salon the letter has been received and is being reviewed for appropriate action.

“The CDC ought to protect public health, not the soda industry,”  Ruskin said. “CDC should fight disease, not be a helpmate for obesogenic companies.”