“We’ve got her name”: Alex Jones claims to out potential Roger Stone juror ⁠— and gets it wrong

"We’re going to release it, because that’s what the press does,” Jones said, showing a photo of the wrong person 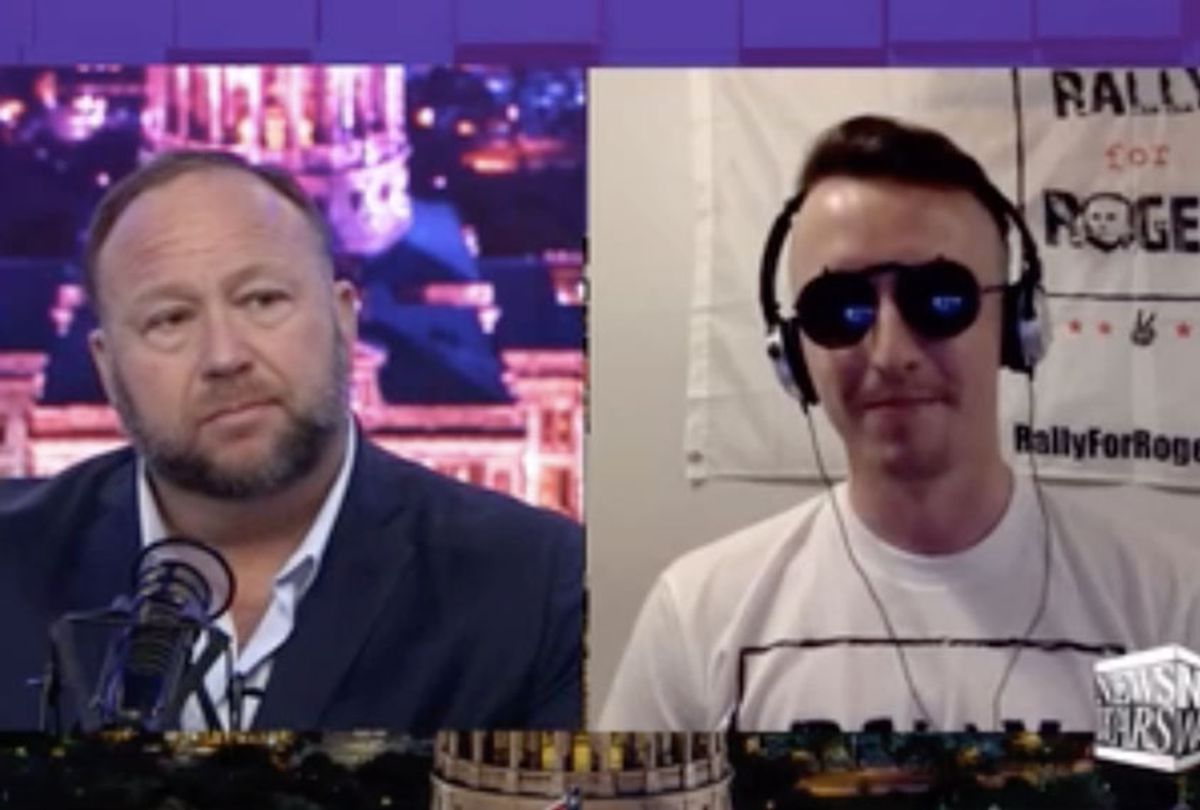 Conspiracy theorist Alex Jones, the host of InfoWars, claimed to know the identity of a potential juror in Roger Stone’s trial as he accused her of being part of a leftist plot. However, he identified the wrong person — twice.

Stone, a longtime Trump adviser, appeared in court this week for jury selection at his federal trial stemming from former special counsel Bob Mueller’s investigation. Stone is charged with lying to Congress about his contacts with WikiLeaks about stolen Democratic National Committee emails during the 2016 campaign, as well as obstruction of an official proceeding and witness intimidation.

During jury selection, the prosecution and the defense are both able to eliminate any person from the jury pool. Jones falsely claimed on his show Tuesday that a former Obama administration official had been chosen for the jury, Media Matters reported. Jones and Stone associate Jacob Engels wrongly identified former White House communications director Jennifer Palmieri as a juror in the case.

“All I can say is: From what happened in the courtroom today, there was a well-known Obama communications asset that was allowed to be a juror,” Engels told Jones.

“We’ve got to have Obama’s former communications director hang Roger. Hell, if they give him the death penalty, maybe she can hang him and kick the lever," Jones said. "And he’ll break his neck, and she can piss all over his dead body."

Engels claimed that the juror’s “husband is a member of the deep state intelligence community.” Jones then added, “Look up Palmieri’s husband.”

Jones also went after Amy Berman Jackson, the judge overseeing the case whom he has compared to Hitler in the past, claiming that she “should recuse herself.”

After falsely suggesting that Palmieri was a juror, Jones cited reports that a different former Obama administration official was picked as a potential juror to claim the same conspiracy and vowed to release her name on Wednesday.

“It’s one of their minions, and we’ve got her name. And we’re going to release it, because that’s what the press does,” Jones said.

Jones showed a photo of the woman he claimed to be a juror but is not.

Jones’ rant was based on reporting that Jackson approved a potential juror who was the communications director of the Office of Management and Budget under former President Barack Obama and whose husband works for the Justice Department’s National Security Division under Trump, according to Courthouse News reporter Megan Mineiro. Jackson said working for the government and opinions on Trump are not reasons to be eliminated as a potential juror, Mineiro reported.

But the potential juror did not make it onto the jury, The Daily Beast reported. On his show, Jones “showed a picture of another former OMB staffer who appears to be totally unrelated to the Stone trial,” the outlet reported.

Jones’ InfoWars and Stone’s associates have seized on the trial, claiming that the longtime Trump adviser and former InfoWars contributor is the victim of a leftist plot. But federal prosecutors introduced phone records in court on Wednesday showing that Stone was actively trying to get his hands on stolen Democratic emails during the 2016 campaign while in close contact with then-candidate Donald Trump.

Prosecutors claimed that Stone, who allegedly tried to obtain the stolen emails from WikiLeaks founder Julian Assange, and Trump spoke at times that “dovetailed with other key developments related to the theft and release of the Democratic emails,” the New York Times reported.

A senior Trump campaign official, apparently then-campaign chief Steve Bannon, was allegedly directed to coordinate releases of the stolen emails with Stone, according to the Justice Department and messages obtained by The New York Times.

Bannon, who was a key witness in Mueller’s investigation, will testify against Stone in the trial, prosecutors said Wednesday.