Trump suffered big losses in the Louisiana and Kentucky governor's elections, where his candidates were defeated 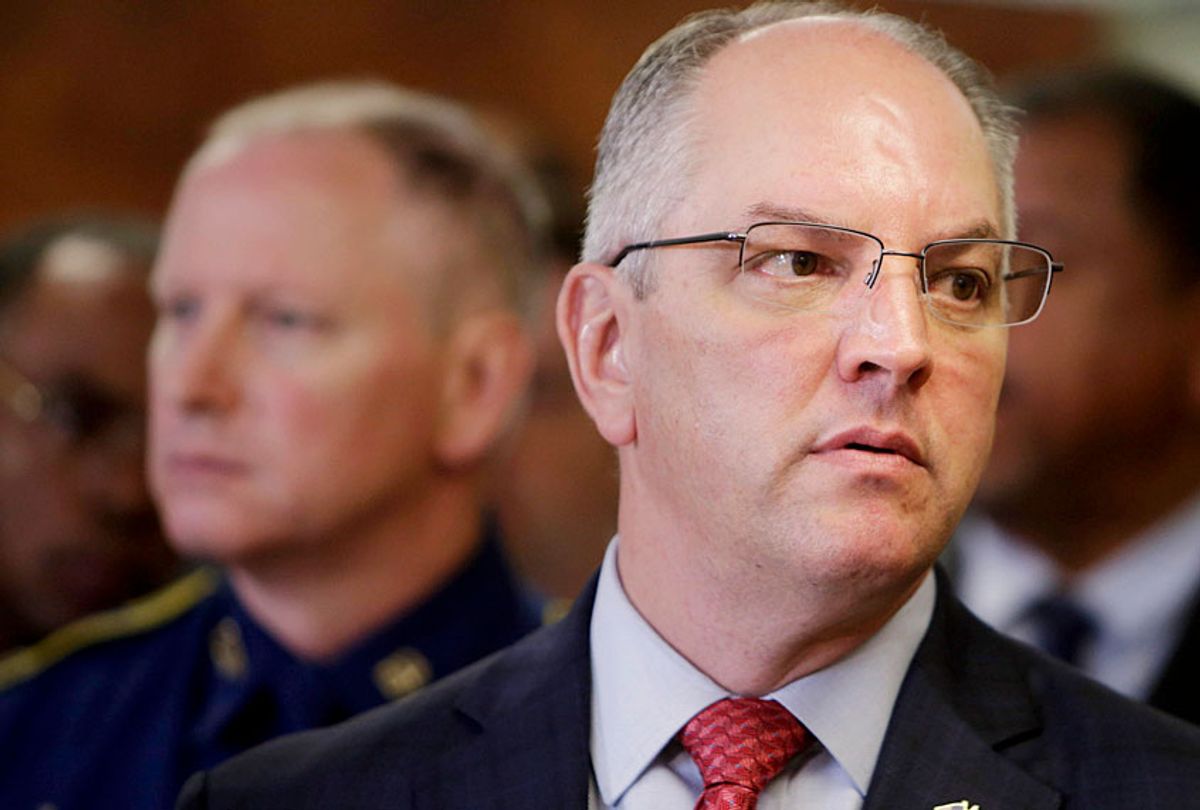 Bel Edwards won with 774,469 votes (51.3 percent) compared to Rispone's 734,128 votes (48.7 percent) with 100 percent of all precincts reporting, according to The New York Times. Bel Edwards, who is the only sitting Democratic governor of a Deep South state, distinguished himself from other Democrats nationally by having conservative stances on hot button issues like abortion rights and gun control. When he sought reelection last month, he fell short of the 50 percent threshold needed to prevent a runoff from occurring. The other candidate to qualify in the runoff, which was scheduled for five weeks later, was Rispone, a Republican businessman from Baton Rouge. Because Louisiana has a jungle primary system, all of the candidates for a given office run together in a single "open" primary election. If no candidate wins an outright majority in that election, the top two finalists run against each other regardless of their party affiliation.

Rispone's loss to Bel Edwards is particularly embarrassing for Trump, who campaigned for Rispone in Louisiana and told voters in the conservative state (which he won by nearly 20 points in the 2016 presidential election) that the contest was a referendum on his presidency.

"In two days, I really need you, but you really need you, to send a message to the corrupt Democrats in Washington. They are corrupt. They are crazy, crazy," Trump said at a rally for Rispone last week. He later added that he "took a loss" in the Kentucky governor's race earlier this month and pleaded with Louisiana voters to give him a victory.

"So you got to give me a big win, please. OK? OK?" Trump said in his speech. He also campaigned for Rispone by calling into conservative radio stations on his behalf,  criticizing Bel Edwards on Twitter and recording get-out-the-vote robocalls and videos.

Trump's reference to the Kentucky governor election refers to Democratic Attorney General Andy Beshear's upset victory over the Republican incumbent, Gov. Matt Bevin. As in Louisiana, Kentucky is a deeply conservative state (it voted for Trump by nearly 30 points in 2016) and the president had campaigned aggressively for the Republican candidate.

House Minority Whip Steve Scalise, who represents Louisiana's 1st congressional district, told "Fox News Sunday" that he does not believe Trump has managed to "look bad" by campaigning for a candidate who lost.

CNN Politics Senior Writer and Analyst Harry Enten argued that Rispone's loss in Louisiana could be a bad sign for Trump.

"Like with Kentucky -- and indicative of the Trump era generally speaking -- the election returns showed Republicans had key abatements of support in urban and suburban areas," Enten wrote on Sunday.