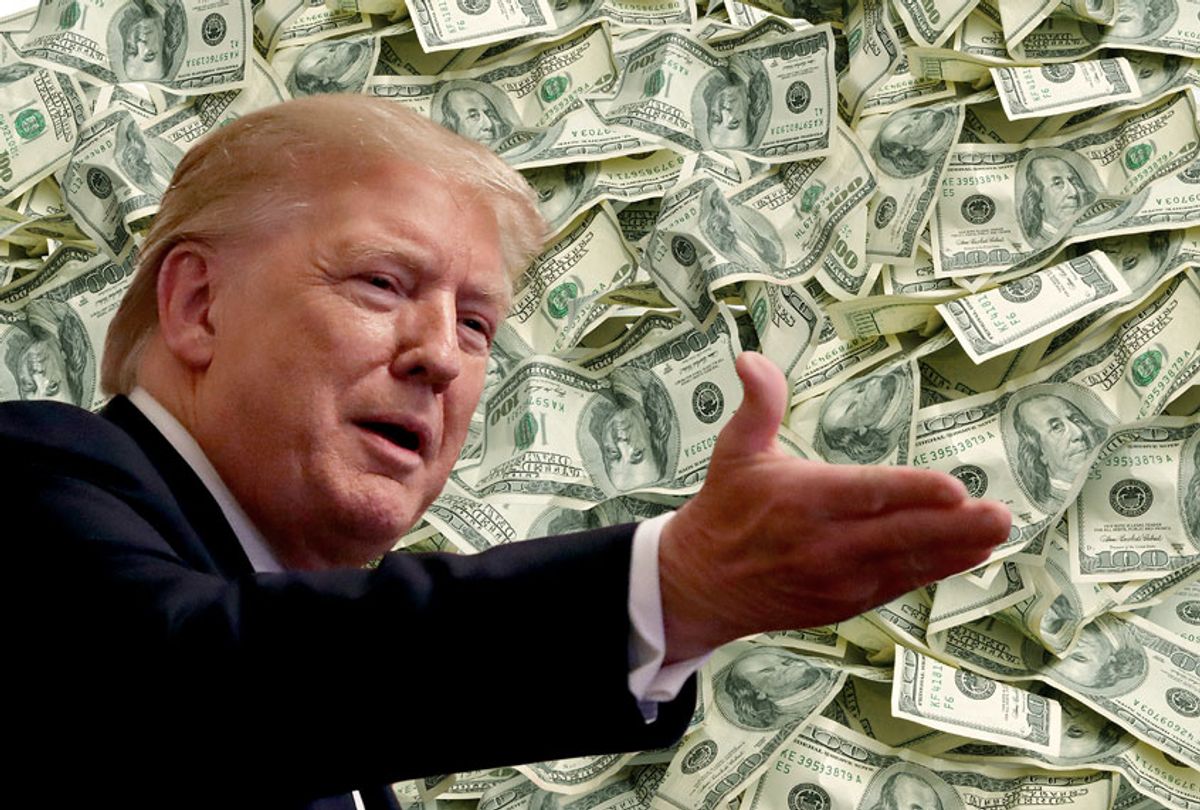 Former independent counsels Ken Starr and Robert Ray, who both investigated former President Bill Clinton ahead of his impeachment, contributed thousands of dollars to Senate Majority Leader Mitch McConnell last year before they joined the president's team, according to data from the Center for Responsive Politics (CFPR).

Starr, who lamented that "we are living in … the age of impeachment" during the trial on Monday and accused Democrats of waging a "domestic war," gave $2,800 to McConnell in July 2019, according to CFPR.

Ray, who wanted to indict Clinton over the Monica Lewinsky affair but now claims Trump has been vindicated by the transcript of his July 25 phone call with Ukrainian President Volodymyr Zelensky, contributed the maximum $5,600 to McConnell in September 2019, according to the report.

The contributions came months before McConnell bragged to Fox News host Sean Hannity that he would be in "total coordination with the White House counsel's office and the people who are representing the president in the well of the Senate."

"Everything I do during this, I'm coordinating with the White House counsel," he said. "There will be no difference between the president's position and our position as to how to handle this."

Starr also contributed $2,700 to Sen. Lindsey Graham, R-S.C., in 2017. Graham has been one of the most ardent Trump defenders in the Senate and previously pushed for Republicans to dismiss the impeachment charges against Trump without a trial.

Trump's personal attorney Jay Sekulow has contributed to multiple Republican senators over the last two decades, according to CFPR, including Sen. Ted Cruz of Texas and Sen. John Thune of South Dakota. The right-wing Washington Times noted that "no Republican has been more active in defense of President Trump during the impeachment trial than Sen. Ted Cruz." Thune has accused Democrats of presenting an "especially partisan" case and rejected calls for new witnesses, arguing the record is "pretty complete."

Sekulow, White House counsel Pat Cipollone and deputy White House counsel Patrick Philbin all also gave thousands to Sen. Mitt Romney's 2012 presidential campaign, according to CFPR. Ironically, Romney has been one of the most vocal Republicans pressing for former national security adviser John Bolton to testify after his leaked book manuscript blew up Trump's trial defense. Romney's comments drew criticism from fellow Republicans, like Sen. Kelly Loeffler, R-Ga., who accused him of trying to "appease the left" by "calling witnesses who will slander" Trump.

Trump himself came under fire after he launched a fundraising committee effort to raise money for vulnerable Republican senators ahead of his impeachment trial. Trump raised money for several vulnerable Republicans who expressed support for him ahead of the trial but snubbed others, including Sen. Susan Collins, R-Maine, who has said she may be open to witnesses.

Along with raising money for senators who will decide his fate, Trump has also been accused of threatening Republicans after a Trump confidant told CBS News that senators were warned: "vote against the president, and your head will be on a pike."

Senators like Collins vehemently denied that any Republican was threatened by Trump but Rep. Mark Meadows, R-N.C., who is a member of Trump's defense team, confirmed to CBS News on Monday that any senator who votes against Trump may "face political repercussions."

"I mean listen, I don't want to speak for my Senate colleagues. But there are always political repercussions for every vote you take," Meadows said. "There is no vote that is higher profile than this."