Paleontologists may have found the largest dinosaur of all time 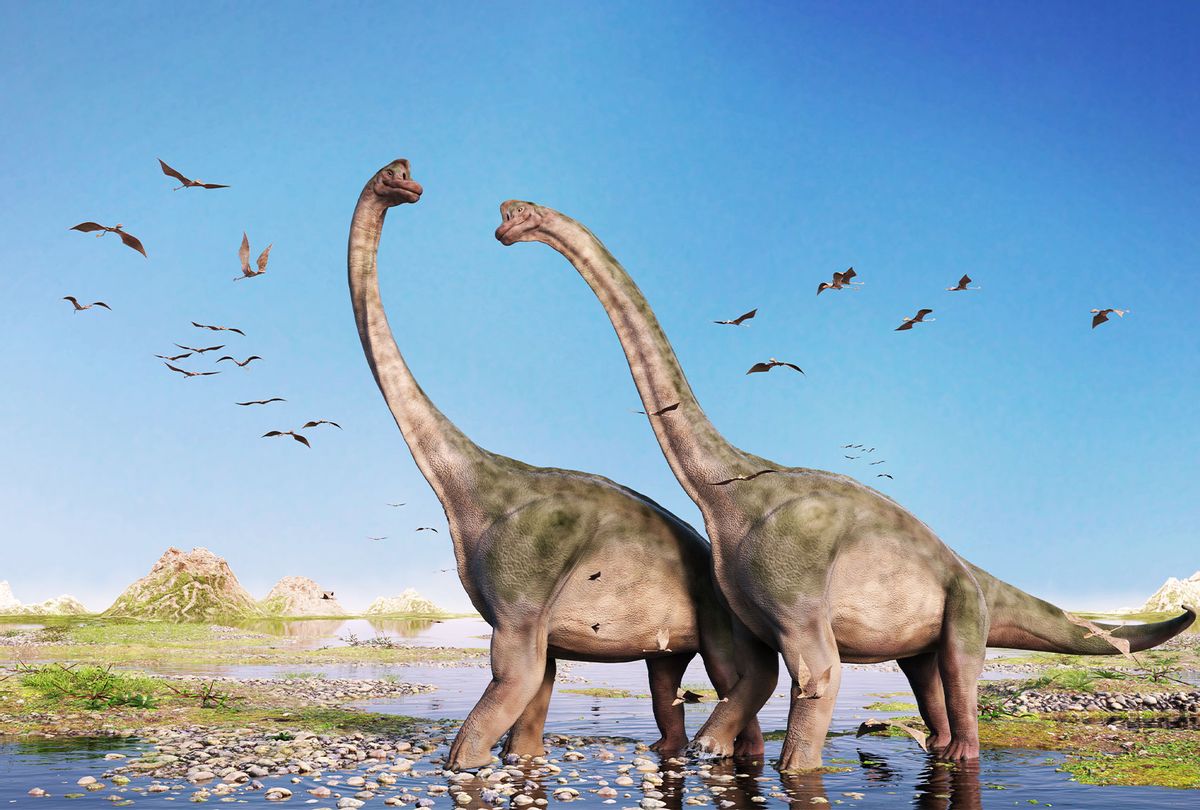 Paleontologists in Argentina have discovered bones that they suspect belonged to a dinosaur so large, it would have been the largest land animal to ever live.

Paleontologists confirmed that a pile of bones, discovered in an Argentinian section of Patagonia, belonged to a type of dinosaur known as a sauropod, according to a paper published in the scholarly journal Cretaceous Research. Sauropods were dinosaurs with extremely long necks, elongated tails, small heads and legs that resembled trunks or pillars. Brontosauruses, apatosauruses and brachiosauruses are among the most famous sauropods known to have existed.

The bones discovered in Argentina's Neuquén Province appear to have belonged to a titanosaur, a group of enormous sauropods which experts believe survived right up until the Cretaceous–Paleogene extinction event. That was the moment roughly 66 million years ago when an asteroid is thought to have hit the planet and wiped out a majority of the animals that lived here at that time. Up until then, titanosaurs like the famous patagotitan and puertasaurus are believed to have thrived in the same areas of South America where the new fossils were discovered.

It is unclear whether this new dinosaur surpasses the size of the patagotitan, as well as that of every other known sauropod, because the fossil record is incomplete. That said, scientists are intrigued by the proportions of the pelvic bones and vertebrae that have been discovered.

Alejandro Otero, a paleontologist with Argentina's Museo de La Plata and a co-author of the study reporting the find, told Salon by email that there were a number of physical differences between the new dinosaur and other titanosaurs that lead scholars to believe it is a different and larger species. These include the shapes of various parts of the vertebrae, the appearances of the neural spines (or the spike-like appendages that appeared on the backs of many dinosaurs) and the sheer differences in size. Otero also pointed out that "this new specimen comes from a younger age than Patagotitan."

Otero also told Salon by email that "the specimen here reported strongly suggests the co-existence of the largest and middle-sized titanosaurs" along with smaller sauropods known as rebbachisaurids "at the beginning of the Late Cretaceous in Neuquén Province." That suggests that natural selection compelled different species to find alternative ways of using their environment in order to coexist, a phenomenon known as "nice partitioning." The new findings in Patagonia have "contributed to a better understanding of the phylogenetic relationships of titanosaurs, revealing the existence of a previously unknown lineage and shedding new light on body mass evolution."

That said, Otero said that the new findings will not change that much about what we know regarding paleontology without additional research.

"We need to go back to the field place to recover more bones to picture out more about this huge specimen," Otero wrote to Salon, explaining that groups like the Spanish Ministry of Science and Innovation, the European Regional Development Fund and a number of other organizations helped finance the work already done on this subject.