Texas GOP wants its own "forensic" election audit — with a catch 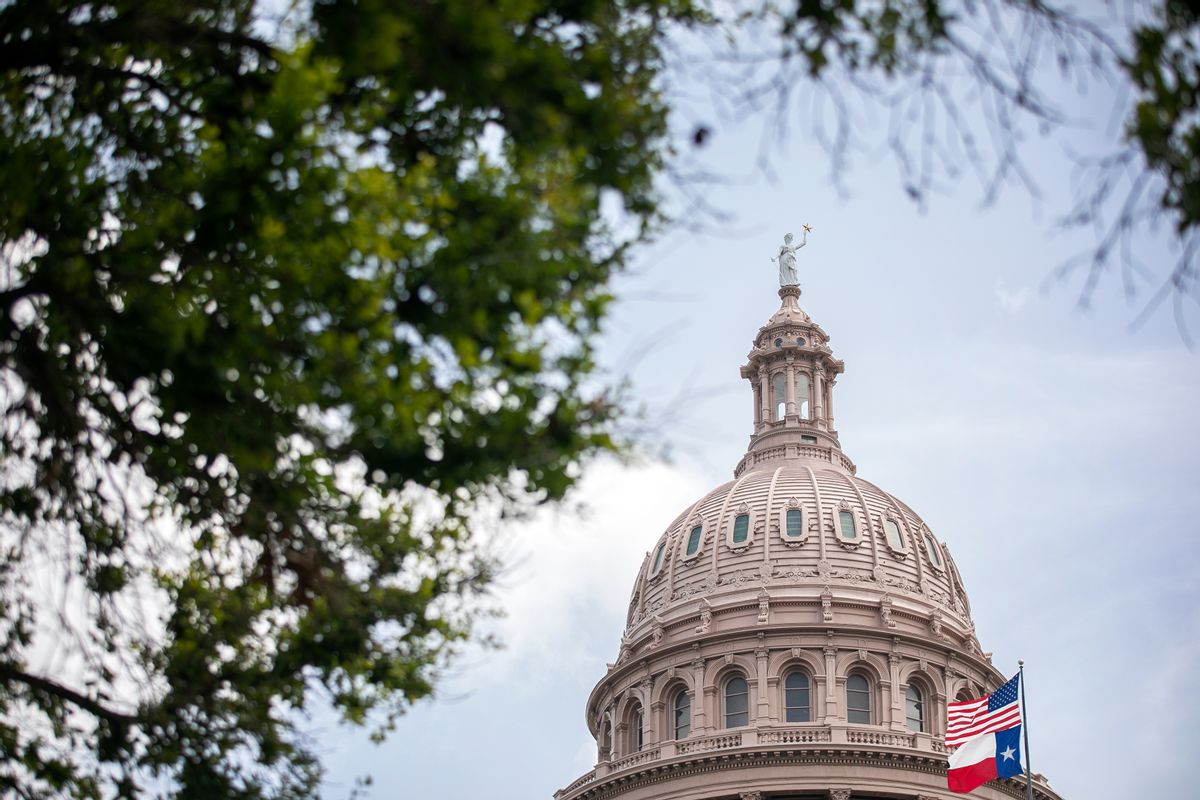 The U.S. and Texas flags wave outside the Texas Capitol on July 13, 2021 in Austin, Texas. (Montinique Monroe/Getty Images)
--

Texas Republican lawmakers are looking to join the voter fraud conspiracy bandwagon with their latest push for an election audit of select counties across the LoneStar state. But there's a catch with this particular audit.

According to The Washington Post, Texas lawmakers have proposed a new piece of legislation, House Bill 241. The publication reports that the controversial proposed bill which "calls for an independent third party appointed by the state's top GOP officials to conduct a forensic audit of results in counties with more than 415,000 people."

The main issue with the bill center on the counties Republican lawmakers are targeting with the piece of legislation. Out of the 13 counties they are proposing to audit, voters in 10 of those counties voted in favor of President Joe Biden. During a recent interview, Texas state Rep. Steve Toth (R), who sponsored the bill, claims his constituents have expressed concern about the possibility of voter fraud in the state.

"No amount of fraud should be acceptable in our election system," Toth said. "I think it's important that we get to the bottom of this and make sure that people start to believe in their voting system."

"We're chasing ghosts. It has been proven, time and again, that there was no major election fraud. P.S.: Trump won Texas," said Lorena Perez McGill, the Democratic candidate who was defeated by Toth in the November election. "So I don't understand what he seeks to accomplish with this."

Speaking to the publication, Philip Stark, a statistics professor at the University of California at Berkeley, explained the difference between a legitimate forensic audit and what appears to be happening in Texas. He also criticized the piece of legislation Toth has sponsored.

"I think this is a very poorly thought-out piece of legislation, and a waste of time and money that could be spent on deploying trustworthy voting systems," Stark said.

He also added, "A forensic audit usually means that something went wrong and you're trying to do a root-cause analysis. This just looks like, 'Go fishing and figure out what dirt you can find on the election.'"

Despite the arguments attempting to justify the audit, many leaders and lawmakers on both sides of the fence have sounded off with critical reactions and responses to the audit. Lisa Johnson, the Republican clerk in Hemphill County and president of the County and District Clerk's Association of Texas also shared her opinion of the push for an audit.

"It's really frustrating to see them continually make elections more difficult to hold without feeling like you're being attacked by certain people," said Johnson, the Republican clerk in Hemphill County.

"People are looking to be relevant," said Jacquelyn Callanen, administrator of the nonpartisan Bexar County Elections office. "But the November elections were safe and secure."