Republicans rally to Paul Gosar's side, refuse to support House vote to censure 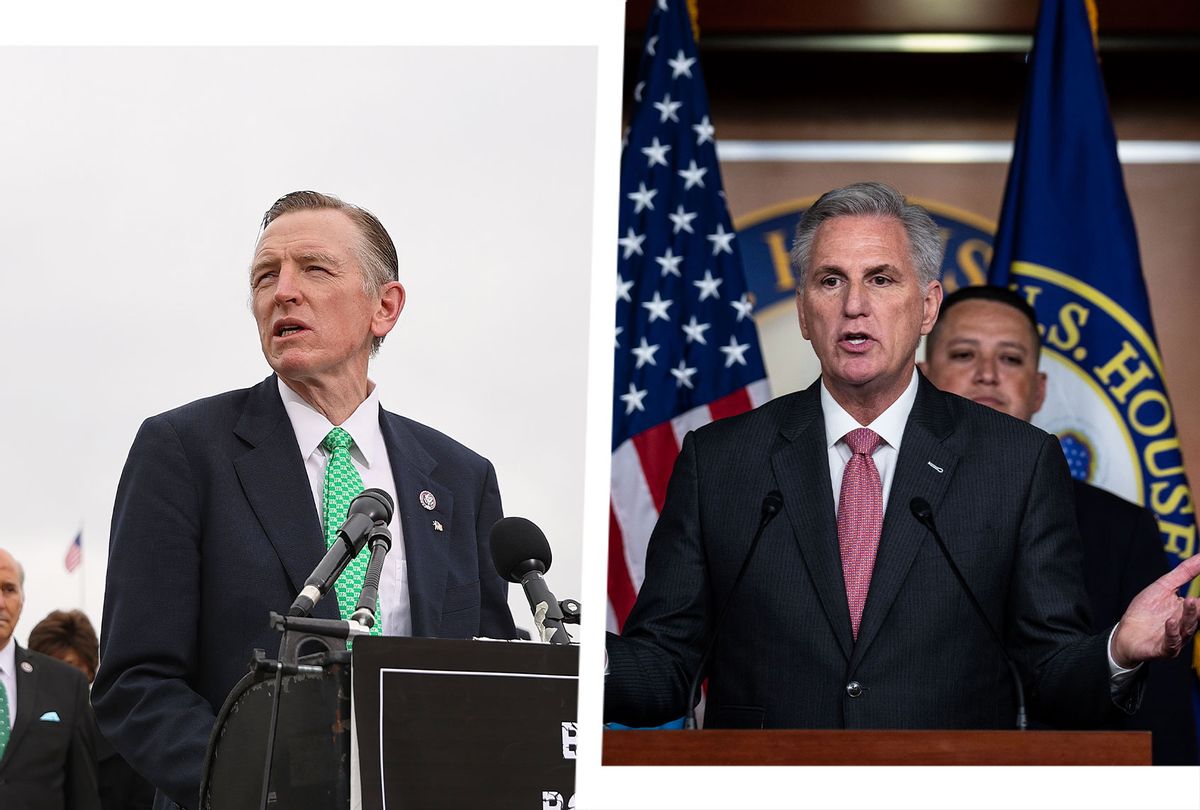 McCarthy, of course, stopped short of condemning Gosar's conduct. On Wednesday, he led his GOP caucus in a vigorous defense of Gosar on the House floor against a Democratic resolution to censure Gosar over the video.

"The video was idiotic and immature and childish and stupid, but I don't think it was a threat. I think it was in very poor taste," Rep. Tom Rice told CNN.

Only two Republicans, Reps. Liz Cheney of Wyoming and Adam Kinzinger Illinois, joined all Democrats in the House in a 223-207 vote, with Rep. Dave Joyce, R-Ohio, voting "present."

Cheney, who the Republican Party of Wyoming voted this week to no longer recognize as a member of the GOP, slammed her party's failure to condemn Gosar after the vote.

"The glorification of the suggestion of the killing of a colleague is completely unacceptable. And I think that it's a clear violation of House rules. I think it's a sad day. But I think that it's really important for us to be very clear that violence has no place in our political discourse," she told reporters. "And that is his actions were completely unacceptable and demanded center."

"It's a real symbol of his lack of strength, the lack of leadership in our conference right now, and the extent to which he and other leaders seem to have lost their moral compass," Cheney said of McCarthy last week.

Last week, House Speaker Nancy Pelosi, D-Calif., called for multiple ethics probes into the video, suggesting that the "horrific" video should be investigated by law enforcement. Many Democrats have likewise rebuked the Arizona Republican.

Gosar, for his part, has mostly sought to downplay the since-deleted video, telling CNN that he finds the "faux outrage infantile and the hyperventilating and shrill accusations that this cartoon is dangerous to be laughable or intentionally hyperbolic." In a statement last week, Gosar said that "the video depicts the fight taking place next week on the House floor and symbolizes the battle for the soul of America when Congress takes up Mr. Biden's massive $4 trillion spending bill that includes amnesty for millions of illegal aliens already in our country and was not meant to depict any harm or violence against anyone portrayed in the anime," he added.

Over the past several years, Gosar – a six-term congressman first elected in 2010 – has become widely known as an ardent Donald Trump supporter, backing the president's election fraud conspiracies and defending him against accusations of inciting the January 6 Capitol riot.

Back in February, the GOP congressman attended a white nationalist conference, rubbing elbows with white supremacist Nick Fuentes, a far-right white nationalist who was permanently banned from YouTube for violating the platform's hate speech rules. In April, he joined with fellow far-right Republican Rep. Marjorie Taylor Greene of Georgia to call for a new GOP caucus that promotes a "common respect for uniquely Anglo-Saxon political traditions."