In Brazil, Lula vows to halt deforestation — but it won’t be easy 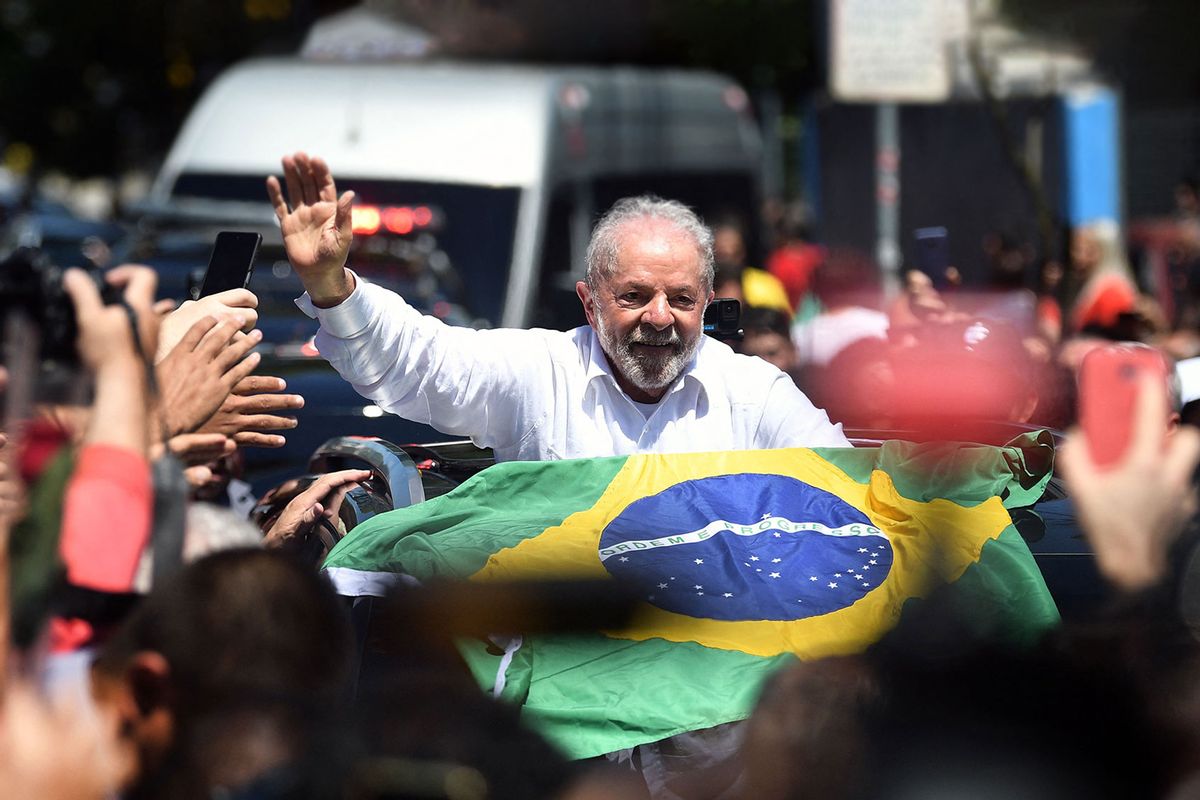 Celebrations broke out across Brazil on Sunday when, after a divisive race, Luiz Inácio Lula da Silva, Brazil's former president representing the Workers Party, ousted far-right President Jair Bolsonaro in one of the most significant elections in Latin American history.

For many Brazilians, Bolsonaro's defeat represents a rejection of the explicit anti-Indigenous, anti-environmental agenda he enacted while in office. Often referred to as the "Trump of the tropics" for his racist rhetoric, pro-corporate policies, and open attacks on democratic institutions, Bolsonaro gutted environmental enforcement agencies and pushed for mining and agribusiness in the Amazon.

Bolsonaro has yet to formally concede, and fears that he will claim election fraud linger — truckers have been blocking highways in protest of the vote — but so far many of Lula's opponents seem to tacitly accept the results.

Environmentalists say Lula's victory is a chance to reduce deforestation in the Amazon, which skyrocketed to historic heights under Bolsonaro, and reestablish Brazil's reputation as a leader on climate change. But it won't be an easy task.

Bolsonaro has two months left in office to carry out what opponents are calling his last-ditch "destruction package" — a suite of at least seven bills that include granting amnesty for land grabbing, restricting the environmental licensing process, and weakening pesticide regulation. The administration is attempting to push the bills through before the end of Bolsonaro's term.

"Right now there is dangerous abuse of law happening in Congress," Suely Araújo, a public policy expert who ran Brazil's environmental agency, Ibama, from 2016 to 2018, told Grist. "We've been fighting the Bolsonaro government for four years and we are in the final part of this, but we must stay alert. If they want to vote this through, they have time."

Araújo added that the bills contain setbacks in environmental law that violate the rights of Indigenous peoples and the right to an ecologically balanced environment as guaranteed by the Brazilian constitution.

Lula also enters office at a time when agribusiness, miners, and organized crime in the Amazon are emboldened after years of Bolsonaro rhetoric and policies. On top of this, while leftists took the presidential race this weekend, many local Amazonian regions elected right-wing, pro-agribusiness leaders and Bolsonaro received a majority vote in over half of Brazil's Amazonian states. Lula, who ran on a platform of rebuilding environmental agencies and fighting deforestation, will have to navigate the interests of Bolsonaro supporters in local governments as well as in Congress.

Lula has promised to update Brazil's climate goals to steer the country back in line with the Paris Agreement. He has also committed to a list of climate proposals put forth by Marina Silva, the most prominent environmental activist in Brazil who served as his former environment minister. In his first speech as president-elect late Sunday night, he reiterated his strong support for zero deforestation in the Amazon. "Brazil is ready to resume its leading role in the fight against the climate crisis," he told a crowd of supporters in São Paulo, "protecting all our biomes, especially the Amazon Forest."

Carrying out that pledge would likely involve restoring cooperation with Norway and Germany on the Amazon Fund, which contains more than $3 billion for the forest's protection left untouched since the start of 2019, when Bolsonaro disbanded the fund's governing body. It would also involve bringing back some version of the Action Plan for the Prevention and Control of Deforestation in the Legal Amazon Region, which includes not only monitoring and law enforcement, but also economic incentives to provide alternatives to deforestation.

The transitioning Bolsonaro government will represent Brazil at the United Nations climate summit, COP27, this month in Egypt. It is likely to emphasize the country's low-carbon energy sector, which relies mostly on hydropower, and deflect from any questions about Amazon deforestation, which makes Brazil a top six global carbon emitter. But Lula has said he will send his own unofficial delegation, where he will pick up his past history of advocating for climate finance and "loss and damage" funding for developing countries.

"He has a good team that knows how to do this work," said Araújo, referencing Lula's acclaimed record on decreasing deforestation during his prior tenure from 2003 to 2010, when his administration reduced rates by over 80 percent. As Lula develops his environmental agenda, Indigenous leaders and environmental groups are calling for a suite of actions, from removing invaders from the Yanomami Indigenous lands to withdrawing PL 191, a bill that is part of the "destruction package" and would allow for mining in Indigenous territories.

"Bolsonaro's government implemented a kind of textbook dismantling that paralyzed climate policy," said Araújo. "The first task will be to rebuild, then to advance."

The election of Lula marks a swing back to the left, joining Brazil with six other Latin American countries that have voted in leftist leaders in the past four years. Like many of these other newly elected presidents, Lula will have to contend with extreme political division, as reflected in the outcome of the vote, where he won by a slim margin of 50.9 percent.

Brazil's national congress has a strong conservative block, with links to producers and agribusiness. Lawmakers maintain some leverage over Brazil's federal budget, but representatives will also need to stay close to the executive branch to access funding for their bases. "It's common in Brazil's history to have conservative representatives change when the government changes, to be close to the one in power," said Araújo, "and Lula is an expert in political articulation. He is good at making coalitions."

In his victory speech, Lula tied together ideas of fighting inequality and uniting Brazil during a period of political tumult: "No one is interested in living in a divided country," he said. "Brazil can no longer live with this… wall of concrete and inequality that separate [us] into unequal parts that do not recognize each other."