“Don’t overthink it”: There appears to be a simple reason Kyrsten Sinema left the Democratic Party

"She’s not driven by ideology," Democrat says, she's driven by who is giving her the "most money" 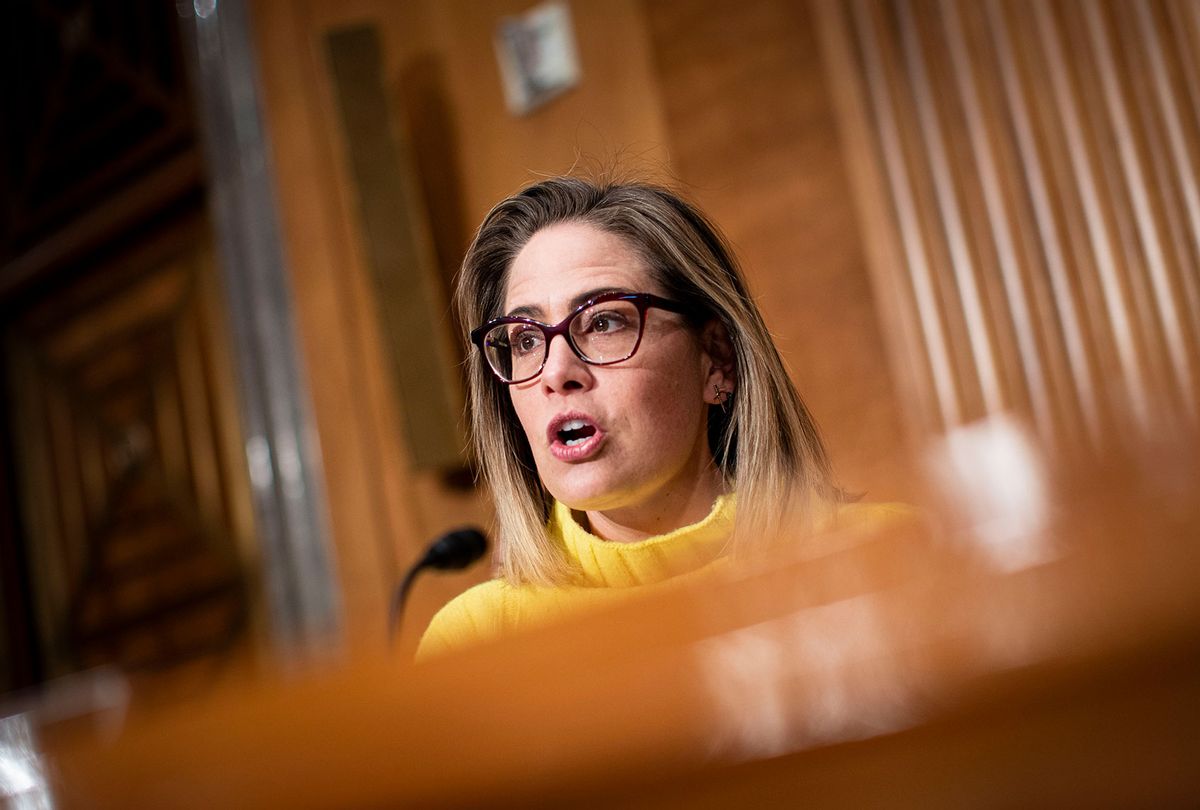 Sen. Kyrsten Sinema of Arizona announced early Friday morning that she has officially left the Democratic Party, registering as an independent in her state and surprising very few people who have seen her as a major obstacle to her party's progressive agenda while serving powerful corporate interests.

The move makes sense, Hasan continued, "because 1) she was never really a Democrat, and 2) she can't win a Dem primary in 2024. So Sinema being Sinema…"

In an op-ed in The Arizona Republic explaining her decision, Sinema equated the far-right and increasingly fascist faction of the Republican Party with those on the Democratic side pushing harder for action on climate, economic equality, and universal healthcare by expressing her concern that "the loudest, most extreme voices continue to drive each party toward the fringes."

"When politicians are more focused on denying the opposition party a victory than they are on improving Americans' lives, the people who lose are everyday Americans," argued Sinema. "That's why I have joined the growing numbers of Arizonans who reject party politics by declaring my independence from the broken partisan system in Washington. I registered as an Arizona independent. "

In the still closely-divided Senate, Sinema's move will not be without impact in terms of the power balance, but ultimately that will depend on which party caucus she joins:

PBS News correspondent Lisa Desjardins quoted a Sinema spokesperson who said the senator "intends to maintain her committee assignments through the Democratic majority."

Having helped Republicans and corporate interests block key pieces of legislation that would actually "improved American's lives" during her tenure in the Senate—siding with donors in the private equity industry in legislative battles for public investment and infamously voting down a federal minimum wage increase in 2021—progressive critics expressed incredulity Friday over her altruistic explanations.

"Apparently 'independent' is the new way to say 'corporate lobbyist,'" said radio host Dean Obeidallah in response to the news.

With the party exit coming just two days after Democrats secured a larger 51-49 majority over the Republicans when Sen. Raphael Warnock of Georgia defeated far-right Republican challenger Herschel Walker in a runoff election on Tuesday, Hasan was not alone in skewering Sinema's timing.

"Sinema owes her entire career to the Democratic Party, she's been endlessly indulged by party leadership, but she waits till a moment of celebration for the Democrats to make this announcement," he said. "Like I've said before, it goes way beyond politics or ideology—she's just awful."

As a reminder, he added, "America has no higher minimum wage, no extended child tax credits, and no voting rights protections because of Kyrsten Sinema."