Our correspondent breaks sound barrier, gets blurry eyed, staggers towards the light at the end of the tunnel... 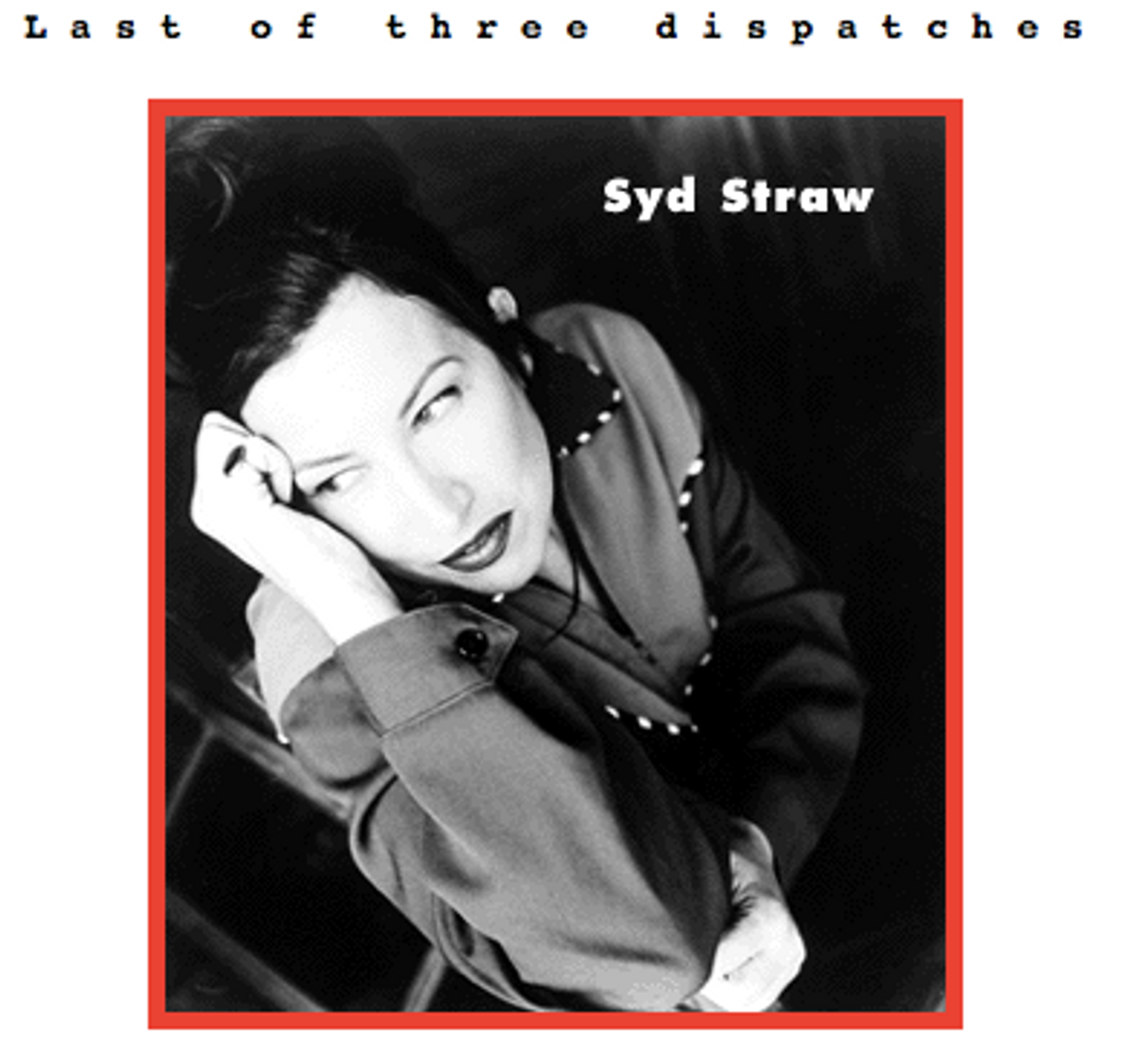 We have an expression here in Texas that describes just how I feel right now: Rode hard and put up wet. Have you ever been in an airplane and thought, “Jesus Christ, this ain’t right. I mean, would I allow my body to move this fast if it weren't encased in this big metal machine?” Okay, that's what SXSW is like. No one in her/his right mind would see over 20 bands in half a week. And that’s what I did.

Friday night: Outdoor stage. Joan Osborne. Free to everyone, regardless of status. You don’t need a badge or a wristband. Just come on down. Damn near 10,000 people do. What if God was one of us? Well, I’ll tell you, if He was, He’d feel like He was being crushed by a bus, like one of us. I'm thinking, The Who, Cincinnati. After five very polished songs (Joan is so sincere and happy despite the blues), I inch my way out. The last thing I see is EMS on their way in. I got two words for the SXSW outdoor stage next year: SECURITY.

Next Stop: My showcase. Spoken Word. I rock. Well, that’s what my friends tell me.

Onwards: Austin Music Hall. Lucinda Williams. Heartbreaking. Awesome. Lucinda makes me want to pick a man in the packed room, become his girlfriend, and break up with him within fifteen minutes so I can really relate to her stuff. Lucinda rocks. Oh yes. Son Volt follows. Harmonic boredom. Truth, I almost fainted, so I had to leave early (forgot to eat. It happens...). The local rock critic Michael “Everybody Sucks But Me” Corcoran reported that it got better later. Whatever.

Later: Mark Eitzel. Caught two tunes. Packed. Couldn't hear too well—same will happen later to Jules Shear. Both gigs happen at Maggie Mae’s. Big problem. Maggie’s has loud fucking rock on one side and acoustic on the other. The quieter half gets screwed all night.

Later that same night: Voo Doo Lounge. The Upper Crust, from Boston. Replete with 17th-century tights, britches, ruffle shirts, Parliament wigs, and songs like “Let Them Eat Rock” and “My Rock and Roll Butler” (rhyming with, “There’s no one subtler...”), these guys, fronted by Lord Ben Dover, aren’t just a gimmick, they’re a freaking fivesome of awesome.

Here’s where you realize why it’s so weird: Back to the Ritz to see Syd Straw. I haven’t come down off the hard rock of the Upper Crust, and suddenly I am shifting gears to adjust to the lilting drawl of Ms. Straw. Can I use the word “rocks” again? Syd is so damn poignant, her fans so hardcore (the guy in front of me did ritualistic aerobicizing, much to everyone's humor/chagrin), no one wants her to stop. She’s got a new one coming out on Capricorn in May. And I promise the new single, “Love and the Lack of It,” is going to knock those younger chicks off the charts.

Crystal Ballroom: Can you believe it’s STILL Saturday? Me neither. I’m grateful for the classy setting of this room in the historic Driskill Hotel. R.B. Morris, an old friend from Knoxville, is playing the singer-songwriter venue. I am taken back in time to the place when I saw Morris play regularly in a club where I was a waitress. I want to weep. I want to sleep.

Sunday: Saint Patrick’s Day. Absolutely not related to South by Southwest, except it coincides every year so you HAVE to go to the Dog and Duck in the afternoon for black and tans and Irish music under the beating sun.

Winding down: Decide, despite the fact that there are several venues with offerings, to park it at Emo’s. I can barely stand. The Walking Dead are most notable for a heavily tattooed female member whose apparent role is to stand there and keep an eye on who I presume is her boyfriend, the singer. I’m fascinated. I could do that in a band. I love the New Duncan Imperials—so what if they’re gimmicky with their sparklers and Christmas lights and blow-up toys?

Dammit: I really mean to stay out ‘til 2 a.m. and catch the last acts stumbling down Sixth Street to the beat-up cars that will take them home but, again, I think I’m going to faint. So I hail a cab.

Okay, one last metaphor. I’ve decided SXSW is like falling on your ass. I’m always afraid I’ll trip (I’m clumsy) and fall, but once I’m on my ass, it’s like, “Wow, that wasn't so bad.” Each year, the week before SXSW, I get a migraine at the thought of it all. Then I’m out there, doing it, thinking, ‘This is unbelievable.’ This is more than not bad. This is good.