A question of faith

Why religion-based social help, the pet issue of Al Gore and George W. Bush, may be the next president's first broken promise. 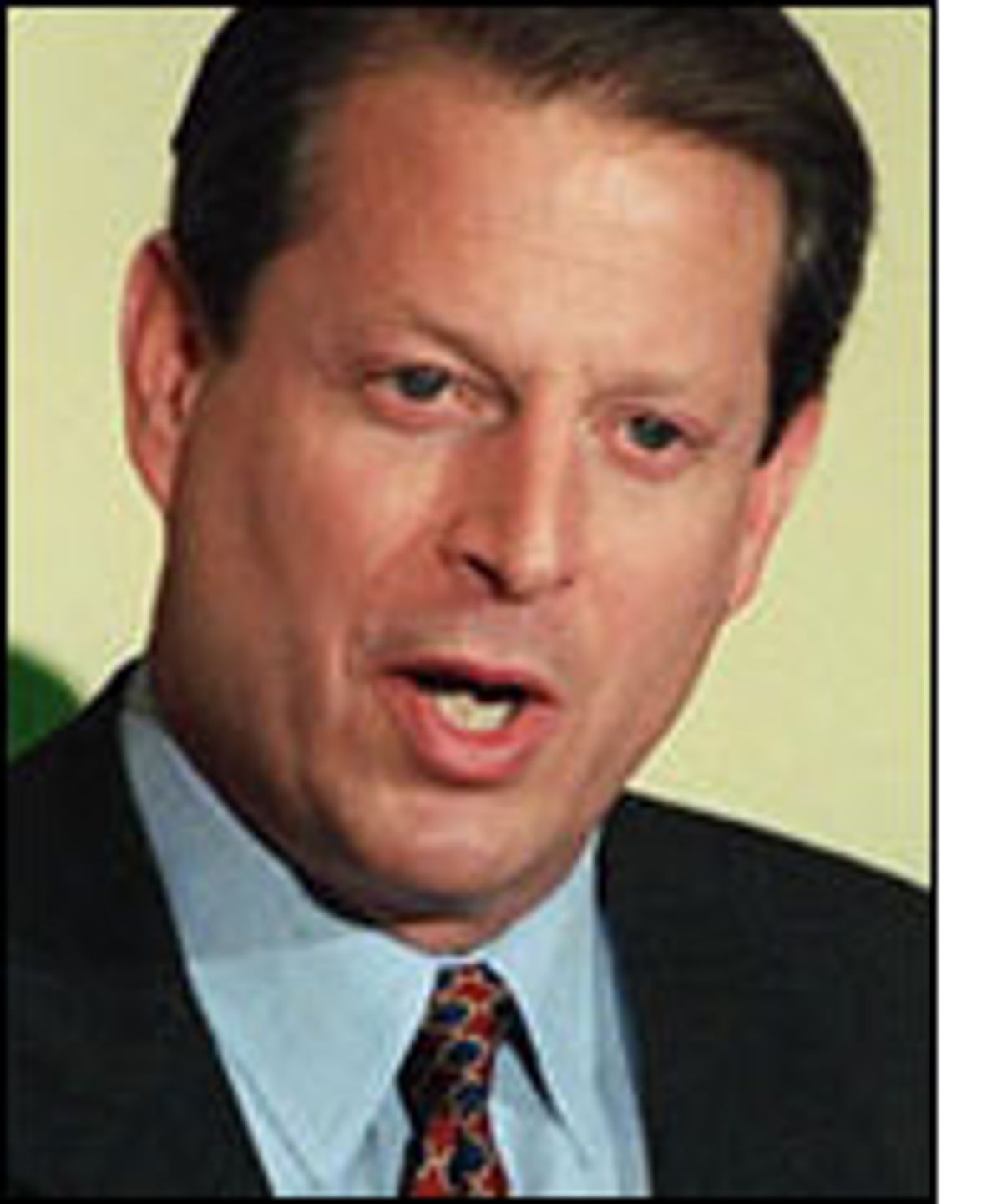 Cleveland's City Mission, located in the rough-and-tumble East Side neighborhood, offers a powerhouse of social services for the city's poor. City Mission spends more than $3 million each year on programs ranging from housing to job training to drug and alcohol rehabilitation services.

With goals that mirror the welfare-to-work ethos of today's politics, City Mission bears a remarkable resemblance to the faith-based organizations (FBO) Al Gore and George W. Bush are touting on the campaign trail. But it's not likely to come in for big government funding no matter who becomes president, because Christian evangelism comprises the core of City Mission's social service programs -- and the law still prohibits proselytizing at taxpayers' expense.

"We believe God wants us to help the whole person -- it's not just soup, soap and salvation," said the Rev. Robert Sandham, City Mission's assistant director.

As they make their way through City Mission's programs, participants are required to attend daily worship, Bible studies, one-on-one counseling and peer spiritual discussions. If they are unwilling to participate, they will not be accepted into the program.

FBOs are a safe, poll-tested issue for both candidates. A recent national poll found that three-quarters of Americans are in favor of providing taxpayer money to private organizations that tackle social problems, including religious organizations.

Barring passage of a Constitutional amendment, however, Bush and Gore may be making promises they'll be forced to break.

The great quandary of the current debate on the relationship between FBOs and government is that the Constitution prevents the government from using taxpayer money to fund FBOs that explicitly link personal faith with government-sponsored social programs. But a recent study of American churches showed that less than half supported compartmentalizing evangelism and social services in order to qualify for public funds.

The issue also pervades Bush's campaign Web site: "In every instance where my administration sees a responsibility to help people, we will look first to faith-based organizations, charities and community groups that have shown their ability to save and change lives."

Bush's spokesman, Dan Bartlett, was more aware of the quandary but insisted that both the FBOs' religious missions and the constitutional separation of church and state could co-exist legally. Bush has said that, if elected, he would institute a program with $8 billion in tax incentives and grants to expand the role of FBOs. The program would include a White House FBO-outreach office to cut government red tape and help organizations smooth out barriers to church-state cooperation.

Bush and Gore assert that any religiously oriented program will be voluntary, with secular alternatives available, allowing those FBOs to preserve their religious missions.

FBOs that, for whatever
reason, do not mix evangelism and social service may still be more effective than their government counterparts simply because they possess a determination to succeed.

"We feed and house and clothe and take care of people without trying to make people Catholic. We help people because we're Catholic," said Sharon Daly, vice president for social services of Catholic Charities. Still, Daly worries that her organization and other similar groups may be used as excuses for the government to abdicate virtually all responsibility for the poor and for all kinds of social problems. Daly also criticized the tone of politicians who imply that FBOs, unlike governmental welfare programs, would be able to make people "behave."

The impact of Charitable Choice is difficult to measure since, as Greenberg and other observers have noted, very few FBOs have received any new funding due to it. There hasn't been a rush among churches to seek out funds under Charitable Choice, either, since most FBOs either were already receiving public money or were unwilling to make the compromises required for government funding.

According to last year's National Congregations Study, conducted for the Lilly Endowment, only 3 percent of congregations nationwide receive public funding for social-service programs, and less than one-quarter of clergy members were even aware of Charitable Choice.

The study, which surveyed 1,236 congregations, also suggested that no amount of legal tinkering will entice evangelical and other conservative congregations to join in a fiscal relationship with the government. Only 24 percent of congregations that describe themselves as theologically and politically conservative said they would be interested in applying for public funding under any circumstances -- compared with 47 percent of all other congregations.

Although conservative politicians like Ashcroft have been among the loudest champions of Charitable Choice, Mark Chaves, the University of Arizona sociologist who conducted the survey, said that the results of the survey are in line with the "longstanding divide in American religion," in which liberal congregations tend to engage the secular world while conservative congregations withdraw from it.

The study, therefore, suggests that even if the government was willing to write a blank check to any FBO regardless of its religious activities -- which is not on the table -- many still would refuse the money because of their historic wariness of the government.

The best place to gauge the potential of Charitable Choice is in Texas, where Gov. Bush has pushed for widespread implementation. One example is the "Coaching for Success" program run state-wide by Lutheran Social Services of the South (LSSS) in conjunction with the state Department of Human Services. The program matches female volunteers from local congregations with former welfare mothers. The volunteers work with the mothers as mentors, helping them with issues ranging from health and education to day-to-day living.

If the mothers wish, the volunteers will add a spiritual component, praying with them or introducing them to a church community. LSSS will partner women with volunteers from whatever religious tradition they need. While no non-Christians have requested spiritual help from the program, LSSS president Kurt Senske said that Jewish clients in other LSSS programs have requested and received spiritual guidance in their own religion.

"This could not have happened without Charitable Choice," said Senske.

But the LSSS paradigm also exhibits the murkiness of the law and where the line is drawn between offering access to spirituality and blatant proselytizing. That murkiness has drawn fire from Americans United for the Separation of Church and State, which supported the pre-Charitable Choice standard for FBO funding. With Charitable Choice, enforcement is a problem, according to spokesman Robert Boston, who dismisses the no-proselytizing rule as "mere verbiage."

The flexibility of programs like LSSS are impossible for Cleveland's City Mission or other evangelical groups, for which social services and Christian ministry are inextricably linked.

At best, Charitable Choice seems poised to make it easier and more acceptable for churches, synagogues, mosques and other FBOs large and small to compete for government funds. Historically, perceived hostility or the difficulty of separating social services from religious activities and symbols kept many FBOs from applying for public funding.

Candidates who hope to invoke the power of FBOs, bask in the cheers, and then move on must step back at some point and consider the complexity of this issue. In the end, the much-heralded transforming nature of religion may for the most part have to remain outside the realm of governmental funding, even if it is an effective route out of chronic poverty, crime and addiction.