School's out for Eid

The battle over school closure for religious holidays heats up as Muslims and Hindus demand equal time off for their children. 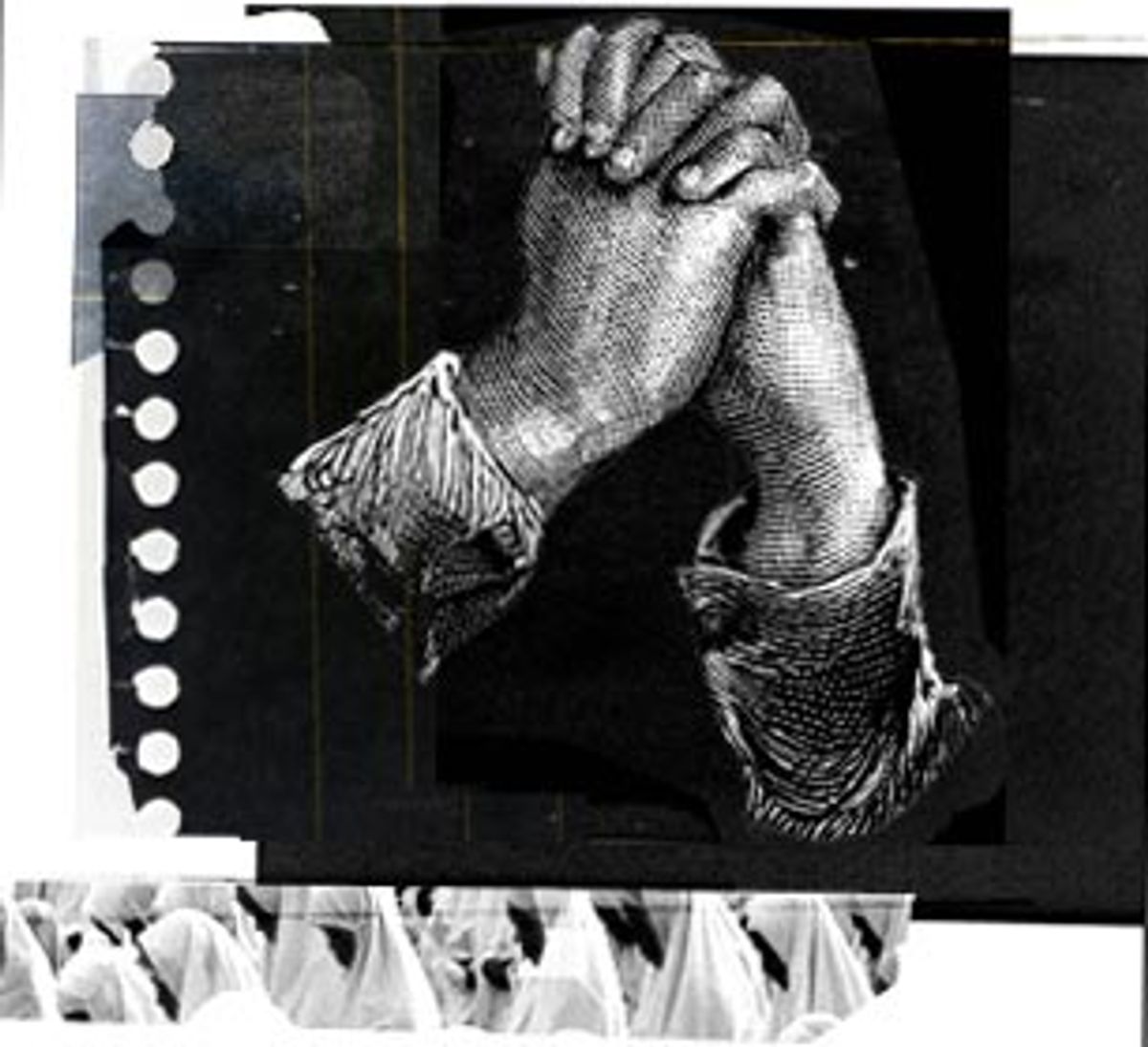 Walking to synagogue on the High Holidays in my grandparents' Brooklyn neighborhood as a child, it seemed strange to me that the business of the world continued swirling, even as my family put its regular schedules on hold. As we went to synagogue and lingered over long family meals, the postal workers still delivered mail, the superette still received its deliveries and the Post headlines still screamed the latest Mets victory.

Yet not everything was the same. The noise of weekday city life was enhanced by the sounds of children playing outside because public schools, like my Jewish parochial school, canceled classes for Rosh Hashanah, the Jewish New Year and Yom Kippur, the Day of Atonement.

And that, to me, was thrilling.

I felt the same thrill whenever I read the president's annual High Holiday greetings in the Jewish newspaper or heard the traffic reporters on WINS radio mangle the transliterated names of Jewish festivals when explaining why alternate-side parking rules were suspended. To this young Jew, it meant we had made it.

I never felt the sting of anti-Semitism or the slightest alienation from American life and, like my friends, I was able to proudly rattle off a list of American-Jewish heroes, from Albert Einstein to Sandy Koufax. Yet, there also was no mistaking that we were, when all was said and done, a religious minority group in America, which was to me a Christian country despite the First Amendment.

Public-school closings, like parking rule suspensions and presidential proclamations, were a sign of Jewish strength and importance, a signal that we were important enough to the fabric of our civic society to warrant special arrangements for our holiest of days. So it is no surprise to me that Muslim and Hindu parents in Ohio are going to court to seek the same special arrangements for their children. The American Civil Liberties Union is suing the Sycamore school district in Blue Ash, claiming that its decision to close for Jewish holidays unfairly favors that religion. The suit seeks to have all religions treated equally in the district.

Considering the dramatic changes in America's religious makeup, it makes sense that a growing number of Muslim, Hindu, Buddhist and Sikh schoolchildren are experiencing the opposite emotions from my childhood thrills. They are forced to choose on their holy days between school or religious observance. And their parents resent it.

"I see Sycamore as the future," says Gino Scarselli, associate legal director of the ACLU of Ohio, which filed the federal lawsuit late last month.

Only in the course of the last century did our Protestant nation finally acknowledge the Catholics in its midst and then integrate Jews into its consciousness. And now the old Judeo-Christian paradigm no longer fits. With the number of Muslims in America estimated to be around 6 million, they now surpass Jews as the largest religious group in the nation after Christians.

Adding to the religious mix are large numbers of Hindus, Buddhists, Sikhs and others. These groups have established houses of worship, community centers and political organizations in communities across the nation.

As this demographic change accelerates, schools will increasingly face questions about much more than just holiday closings. Muslims, for example, are required to pray five times a day, attend services in a mosque Friday afternoons and fast from dawn to dusk during the month of Ramadan. Schools must figure out how to accommodate these needs or justify their decisions not to.

The court-approved justification for closing school on religious holidays is that it is nearly impossible to teach on days of widespread absenteeism. But few, if any, districts have enough Muslim or Hindu students to justify closing on those grounds. New immigrants are not as concentrated in certain cities as Jews and Catholics once were, and even when a specific urban school has a large percentage of Muslims, the district as a whole may not have enough to justify closing.

And besides, closing schools, regardless of the legal justification, is about more than empty desks, as I learned as a child. Closing schools is inevitably taken as a sign of communal priorities, values and self-identification. "It is recognition of religious diversity and a sign of respect for people's faith to acknowledge a religion's seminal day of the year or a religious holiday by closing schools," says Shirin Sinnar of the American Muslim Council.

If you doubt that school closings convey a larger cultural message, try holding classes on holidays for which schools previously closed. According to Marc Stern, a lawyer with the American Jewish Congress, when a New Jersey school district faced with waning numbers of Jewish students reinstated classes on Yom Kippur, it raised a ruckus from the remaining Jews. For them, as it was for me as a child, "These closings had become proof that they were significant in the school district," Stern says.

The irony of closing schools for religious holidays because of absenteeism is that, while it may satisfy the court's test of church-state separation, it also sends the inevitable message that our public schools favor Christians and Jews -- exactly what the First Amendment seeks to avoid.

In the case of Sycamore -- a diverse, upper-middle-class district of 6,000 students -- officials decided in 1995 to close school on religious holidays if absenteeism increased 18 percent above the average 3.5 percent rate. Good Friday was not considered because it is already written into the teachers' contract as a day off. Absentee rates on Muslim and Hindu holidays were just 2 to 3 percent above normal.

Absenteeism for Jewish holidays was about 15 percent above the norm -- short of the 18-percent criterion -- but the district decided to shut down schools on Rosh Hashanah and Yom Kippur anyway because "they were not quality days," according to Superintendent Bruce Armstrong. "I just want to make sure we are using tax dollars with the best possible result," Armstrong says. To the ACLU, though, the district's failure to stick to its own cutoff is proof that its "true motivation" was the "desire to favor Judaism over other faiths," according to the lawsuit.

But what is a pluralistic school district to do? Shutting down for all religious holidays is hardly a solution because it would lead to schools being closed virtually every day to honor the religious leanings of every student. Closing for no religious holiday would satisfy very few and would leave the problem of empty classrooms on days like Good Friday. Marci Hamilton, a church-state expert at Cordozo Law School, argues that an even higher standard of absenteeism, such as 50 percent, is the only viable solution. But that still would leave schools closed in most districts only for Christian holidays.

Fortunately, for those seeking a less stringent test of church-state separation, a federal appeals court last month ruled that a Maryland school district may close for Good Friday and even the Monday after Easter. The decision re-affirmed previous rulings that established a three-pronged test for school closings: They must have a "plausible" secular -- though not necessarily entirely secular -- purpose, which can be satisfied by something such as the desire to give a day off "on a convenient and low traffic day"; they must not advance one faith over another (satisfied, in this case, by closing on Good Friday for everyone, not just Christian students); and they must not represent excessive entanglement between church and state.

This solution doesn't necessarily work for Muslims or others. Are there any other options?

One possibility is to schedule a single day off per year for each religion whose numbers in the district's schools surpass a cutoff that is significant but not huge, such as when absentee rates double for their holidays. The secular justification would be that instances of higher-than-usual absences reduce the quality of education and force teachers to repeat material for the absentees.

As I listen this afternoon, as I do every Friday, to the call to prayer coming from the mosque in my neighborhood, I look back and know that had I been a public-school student, I certainly would not have been scarred if New York schools had remained open for Jewish holidays. I never felt like my opportunities were diminished or my religion disrespected by American society. The generations of my grandparents and great grandparents forged the way for me to be fully American and fully Jewish at the same time.

But most of today's Muslims are just starting out in this country and their struggle will be more difficult as they attempt to integrate into a society unfamiliar with, and often hostile to, their traditions and observances. Our schools have an opportunity to show Muslims -- as well as Hindus, Buddhists, Sikhs and many others -- that America truly is a land for all people, regardless of their faith. And someday, perhaps, their children will walk to mosque on Eid, marveling at the sight of their schoolmates playing on their day off while the Post hits the stands as always, screaming the latest victory of the Mets.