A prize-winning French novel turns out to be a mound of merde. 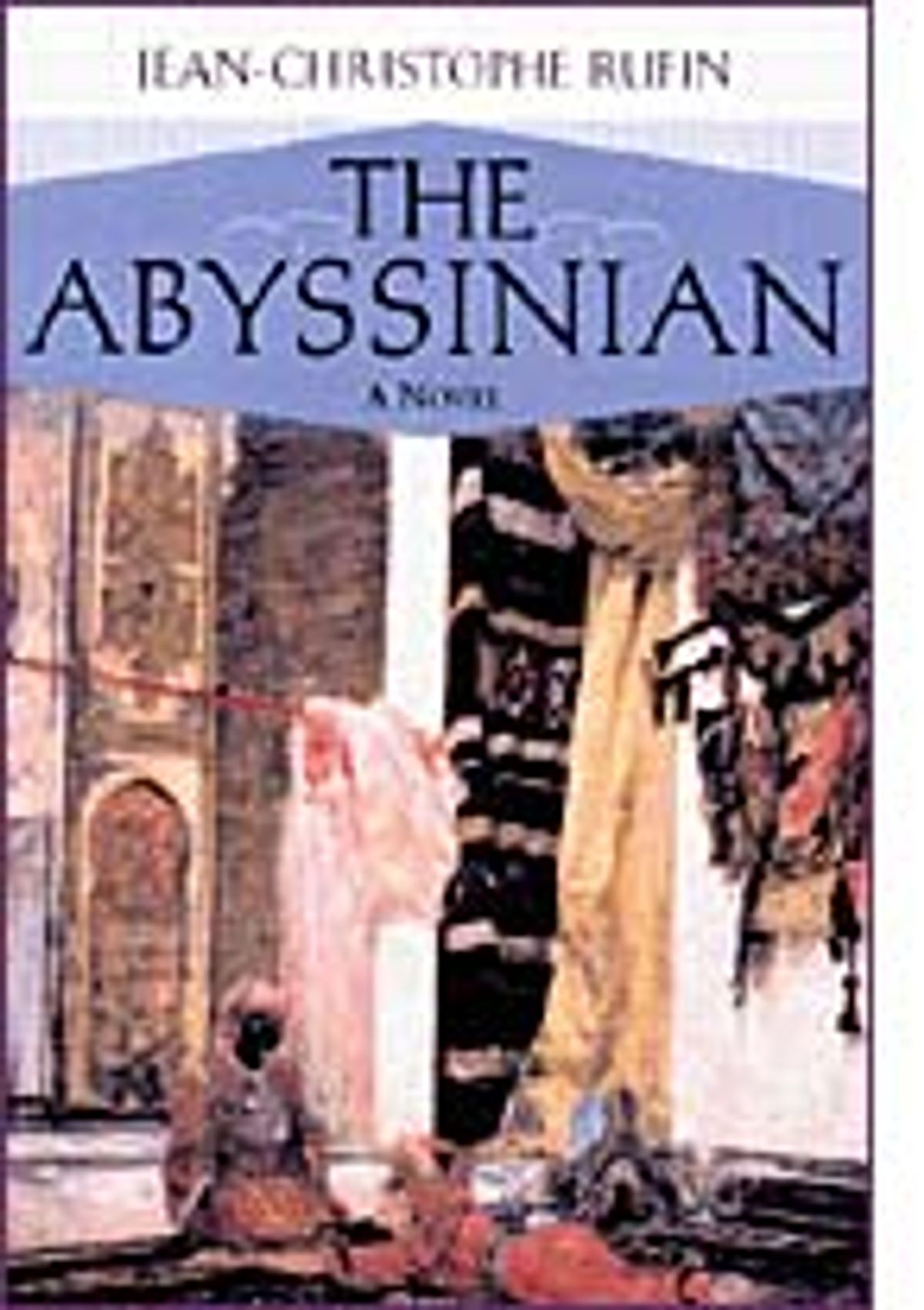 Comment dirais-je? Ces imbeciles! To translate more gently, what possessed the French to award the Prix Goncourt to this amateurish historical novel? If I were Andre Makine, Patrick Chamoiseau, Michel Tournier or Marguerite Duras, all previous winners, I'd be embarrassed to keep company with Jean-Christophe Rufin. "The Abyssinian" is a first novel that should have been exiled to a remote file cabinet for crimes against style, wit and character development.

It is May 1699 and the Sun King, through his minister Pontchartrain, would have the French consul in Cairo send a formal delegation to Abyssinia. Fifty years earlier, its king, though a Christian convert, had expelled the French Jesuits and sealed off the country to foreigners. It's time for a new attempt to put out feelers to a kingdom that might be brought into the Catholic fold as an ally against the Turks. And there's an opening: The Abyssinian king suffers from a mysterious illness and has asked for a foreign doctor.

The consul, M. de Maillet, quickly concludes it would be impossible for him to interrupt his daily regime of busy-work. Why not send Jean-Baptiste Poncet, the French apothecary and herbalist who has established a solid reputation in Cairo as a skilled healer? He's young and strong and meets the Abyssinian condition that he not be allied with any religious party.

The action stops for Poncet's portrait, taken from stock footage: powerful build, sensitive hands, a bold, intelligent gaze, a mass of dark curls. He agrees to the voyage only because he has spied de Maillet's daughter, Alix, and fallen in love with her smooth skin, her fresh gaze, her long blond hair. He decides to cure the king, bring back a message from him, deliver it personally to Versailles and ask for the ambassadorship to Abyssinia as his reward -- a record of triumphs that would put him in a good position to ask for Alix's hand.

Rufin's idea of a metaphor is to go flailing in its general direction. To describe Alix's budding charms, he tells us "that beauty came over her, the way a rash spreads over a person's face at the onset of fever." Poncet, trying to outwit Capuchin spies en route, makes a quick decision: "The answers were coming to Poncet even as he spoke them, as to a candidate at an oral review who is too nervous to think but still hears himself give the correct response." Somehow, I think not.

Rufin even has trouble remembering what his one-dimensional characters are supposed to be like. The foppish and clueless de Maillet turns into a Machiavellian diplomat halfway through. His shy daughter, so pure in her passion for Poncet that she won't go beyond kisses, suddenly becomes a sly vixen who gets herself deflowered by a notorious rake. Next, she's riding, shooting, even killing a man with nary a qualm. As for our handsome, level-headed hero, he turns into an impetuous booby once he gets to Paris and makes himself the laughingstock of the court.

The plot has possibilities, all of which the author muffs. Any time there's a whiff of tension, Rufin runs away from it. Dangerous turning points are typically described after their successful resolution. There's no pacing. As we run along with Poncet through escape tunnels, for example, we are spared no door's opening or closing, none of our hero's previous thoughts (now corrected) about where each door might lead. The dialogue shambles along, hemming and hawing. With fate in the balance, we are spared no details of how each room looks and how the people in it sit. And once inside, instead of getting to the point, Rufin will first have his characters be "greeted by a middle-aged woman, tall and wearing " -- then informed at great and monotonous length of all sorts of horrible possibilities awaiting them.

There wasn't much the translator could do about the infelicities of the original French, but Willard Wood apparently became so dispirited that he added new problems to the old. Does a decrepit old marquise really "soar" away to the veranda? Maillet's secretary is twice referred to as a "language child." Is that a grammarian, a linguist, a pedant or all of the above?

In fairness to M. Rufin, there are five or six witty sentences and a number of nice set pieces of nature description. A Jesuit father has "the delighted look of a man who is preparing to plunge into sin, the better to do battle with it." I wish the author had taken a deep imaginative plunge, instead of splashing ineffectually in the shallows.