Our travel expert explains how to kill eight hours in Elvis-town, what to do in Dubai, and where to find tourist-office information. 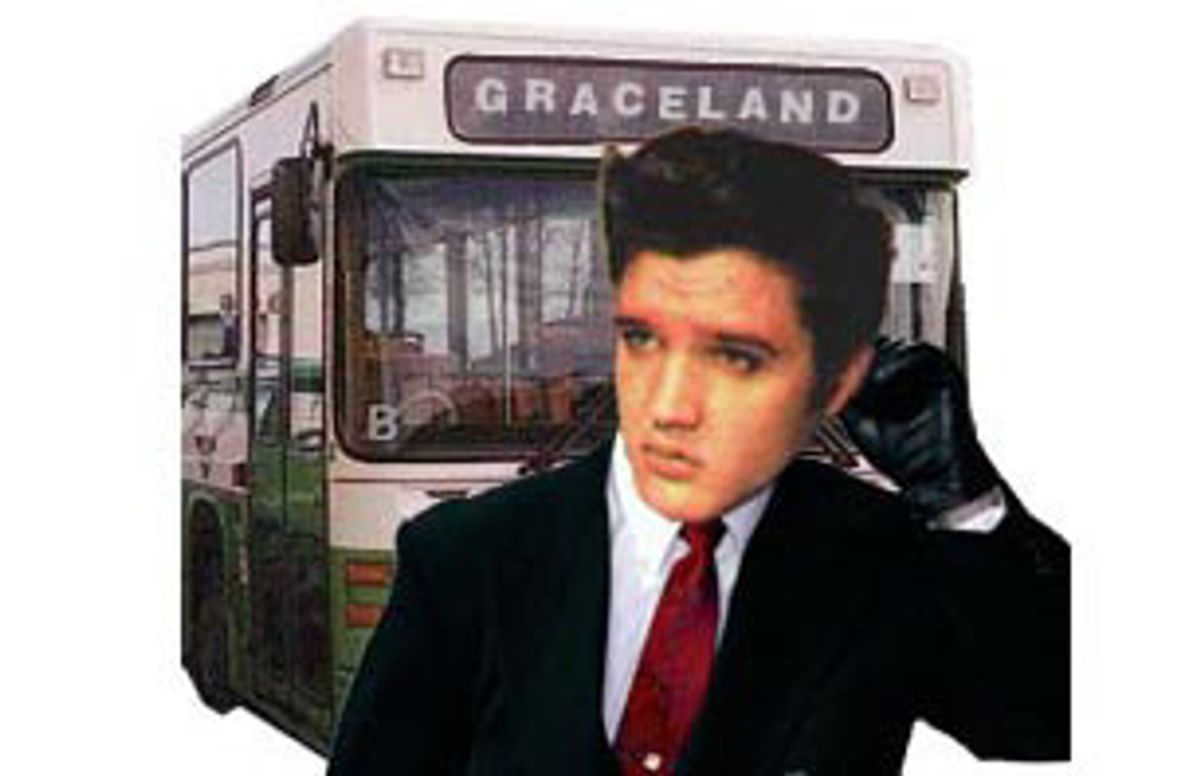 Our flight connection from the northeast United States to London takes us, remarkably, through Memphis, Tenn. What can we do there during an eight-hour layover?

Turn your layover into a blue-suede pilgrimage by hopping into a taxi for the 15-minute ride to Graceland, where you can tour Elvis' home, visit the graves and dabble in a heap o' Elvis-related attractions. The basic Graceland Mansion Tour costs $10 for adults and lasts 60 to 90 minutes. It includes a visit to the meditation garden where Elvis, his mama and others are buried. There's also a
"platinum tour package" for $19.50. That one includes the mansion,
Elvis'
many planes and cars, and "Sincerely Elvis," a self-guided tour with
access to family
photographs, furnishings and other memorabilia. Call Graceland at (800) 238-2000

Graceland, on Elvis Presley Boulevard, is about six miles from the airport in the direction of downtown, and the taxi fare should be under $10. (The airport is about 10 miles south of downtown.)

Once you've done Graceland, head for the lobby of the Peabody Hotel, an entertaining place to hang out. It's famous for the ducks splashing in the marble fountain. The mallards march out of the lobby elevator from their rooftop digs at 11 each morning, then march back at 5 p.m. Each trip is marked by crowds and fanfare, to the tune of a John Philip Sousa march.

Other Memphis highlights are the Beale Street district, where W.C. Handy gave birth to the blues. It's a bustling entertainment area with restaurants, clubs and music halls. Elsewhere, the city's most famous pork barbecue spot is the Rendezvous at General Washburn Alley, phone (901) 523-2746.

You may also have time for any of several sightseeing tours, including 90-minute tours aboard the Memphis Queen Line Riverboats, horse-drawn carriage rides offered by Carriage Tours of Memphis and Gray Line tours of city's highlights. Contact numbers for these tours can be found at Memphis.com.

Before hitting Graceland, check out some of the many Salon articles that have featured or invoked Graceland and the Elvis aura.

For a visit to Dubai, United Arab Emirates, can you suggest sites or other sources of sightseeing information?

Direct your browser toward Arabnet, which has links to all the Arab countries in the Middle East and Northern Africa, including the United Arab Emirates, of which Dubai is perhaps the most independent. One guidebook, "Arab Gulf States" (Lonely Planet, 2nd edition 1996), describes Dubai as an Arab version of Hong Kong, a place of anything-goes capitalism.

Chief among attractions is the Dubai Museum, located in the Al-Fahidi Fort, built in 1800. The fort has served as the seat of government, the ruler's residence, an ammunition depot and a jail. Its walls are built of coral and shell rubble from the sea, cemented with lime.

You may also be able to get information from the Dubai Commerce & Tourism Promotion Board, whose office in Los Angeles can be reached by calling (310) 752-4488.

Where can I find a comprehensive list of phone numbers for tourist offices for all the states in the country?

Most states and many cities and tourism regions have toll-free contact numbers. Increasingly, the toll-free numbers lead you to a "fulfillment house" or recording where you can leave your name and number and a free travel packet will be sent to you.

Many contact numbers can be found online, but the most thorough listings for cities and tourism regions are in those printed state vacation guides.

That said, here are some sources for extensive listings: