In with the out crowd 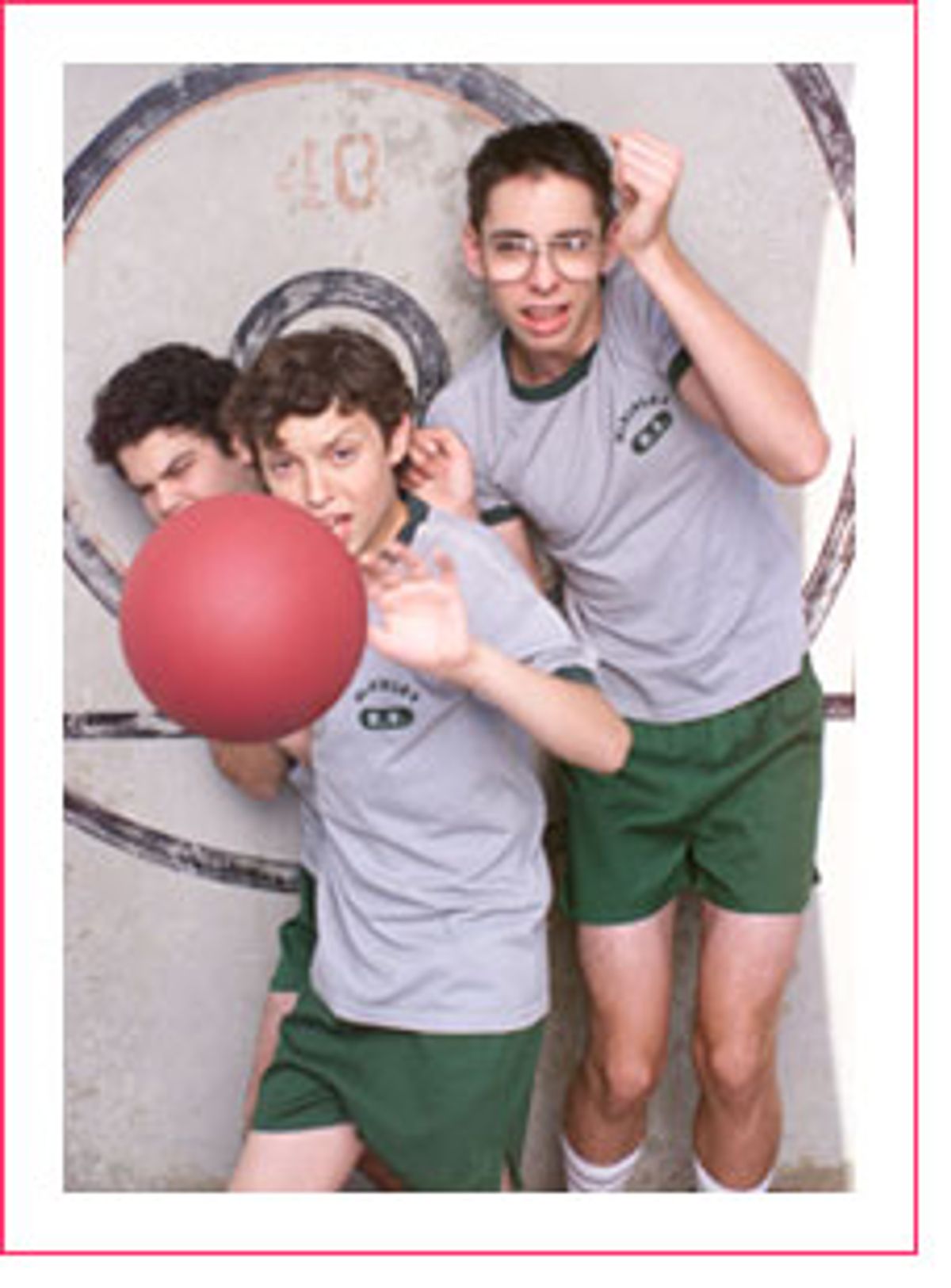 Imagine how different TV would be if more writers had been popular in high school. "My So-Called Life" would be "My Life Is the Bomb!" Instead of "Buffy the Vampire Slayer," we'd be watching "Cordelia the Prom Queen." And NBC's new "Freaks and Geeks," a show about the cruelest years most of us ever knew, might never have been made.

One of the most promising new series of the fall season, "Freaks and Geeks" is a one-hour comedy-drama that resonates with the pain of a thousand daily humiliations and rejections suffered by the kids at the bottom of the high school pecking order -- the burn-outs, the brainiacs, the heads, the nerds. The premise is nothing new; from "Revenge of the Nerds" to "Daria," the out-crowd has been heroically portrayed as smarter, more sensitive and generally better off than the jocks and the cheerleaders. "Freaks and Geeks" distinguishes itself by the eerie realism of its portrayal of suburban high school life, circa 1980, from the ugly, boring clothes, to the across-the-board wonderful acting to the refreshing lack of narration.

Look, voice-over worked great for "The Wonder Years" and "My So-Called Life," but it's become a clichi. The teens in "Freaks and Geeks" are not looking back, all wistful and wise, at their youth, or reading their most secret diary passages to us. The kids on "Freaks and Geeks" are living in the moment, numb from the trauma of being picked on by bullies, made fun of by the popular crowd and misunderstood by parents and teachers. They don't have the self-awareness to reflect deeply on their lives; they're putting one foot in front of the other, like prison inmates, crossing the days off until their sentence is up.

Co-created by Paul Feig and Judd Apatow, who worked together on "The Larry Sanders Show," and written by Feig, "Freaks and Geeks" opens with director Jake Kasdan's neat, fluid charting of the student hierarchy of McKinley High, a typical, vast school somewhere in Michigan. First, we see a perfect blond cheerleader and football player having one of those "I love you so much it's scary" moments in the deserted bleachers. Then the camera pans down under the bleachers to the freaks, the dope-smoking, class-cutting, heavy-metal-loving kids (mostly guys), deep into a discussion of the aesthetic merits of Molly Hatchet's "executioner" T-shirt. Then the camera swings sideways to the geeks on the fringes, freshman boys so scrawny and nerdy they make Kevin and Paul from "The Wonder Years" look like Dawson and Pacey.

These boys -- Sam, Bill and Neal -- are entertaining each other with their impressions of Bill Murray in "Caddyshack." Suddenly, a bully named Allen appears out of nowhere, to jab Sam (the fragile, wide-eyed John Francis Daly) in the chest and yell ominously, "You're dead!" The geeks spend the rest of the pilot running scared from Allen, his buddies and the sadistic gym teacher who eggs them on (if you don't already have recurring nightmares about high school gym class, the harrowing dodge ball scene will give them to you) until they glean some amusing bully-handling wisdom from a senior-year geek.

Life is a comparative breeze for the freaks -- they've marginalized themselves by choice and it's pretty cool. Or so that's how it looks to sophomore Lindsay Weir (Linda Cardellini), Sam's older sister. Lindsay is a straight-A "mathlete" who's tired of her good-girl, brainiac image. The recent death of her grandmother has sent her into an existential tailspin and now she's all boredom and sullenness, hiding inside her father's Army jacket with her dark hair in her face (is this what Janeane Garofalo was like as a teenager?). Lindsay spurns her old friends in advanced placement math and starts tagging along with the freaks, to the consternation of her smug hippie guidance counselor and her bombastic dad ("SCTV" legend Joe Flaherty), who imparts gems of parental wisdom that always end in scared-straight hokum: "There was a girl in my school. She had premarital sex. You know what she did on graduation day? Died! Of a heroin overdose!"

Judging from her affecting presence in the pilot, Cardellini's intelligent, rebellious, lost Lindsay may be headed for TV's Teenage Girl Hall of Fame, alongside Angela Chase and Buffy Summers. Lindsay is genuinely kind; she tries to do good, intervening when Sam's being bullied or when jerks make fun of a mentally disabled student. But the adults around her, and even her old friends, can only see her "throwing her life away" by hanging with the freaks. But the freaks understand; Nick (Jason Segal), a cheerful John Bonham-worshipping drummer, tries to show her a way out of her funk by taking her to his garage to see his awesome drum kit and suggesting that she too will find her "reason for living."

Emotionally, the pilot of "Freaks and Geeks" feels just about right -- touching, but not sappy, amusingly off-kilter but not crude. Sure it's nostalgic -- former freaks and geeks are notorious wound lickers, the better to savor their post-high school triumphs. And this affectionate nostalgia, this assumption that viewers have been through what the characters are enduring and come out OK, is the show's greatest strength and weakness. "Freaks and Geeks" depicts its ancient bygone era so well, it's hard to imagine actual teenagers -- freaks or geeks -- tuning in. Which is sad, because now, more than ever, teenage outsiders need to hear the message that there is life after high school. But "Freaks and Geeks" may only really hit home if you're over 30.