Artemio Cruz is just a character in a book. Gen. Obregon was real!

When his students find reality more compelling than fiction, this teacher, a former anarchist, finds it hard to play the authority card. 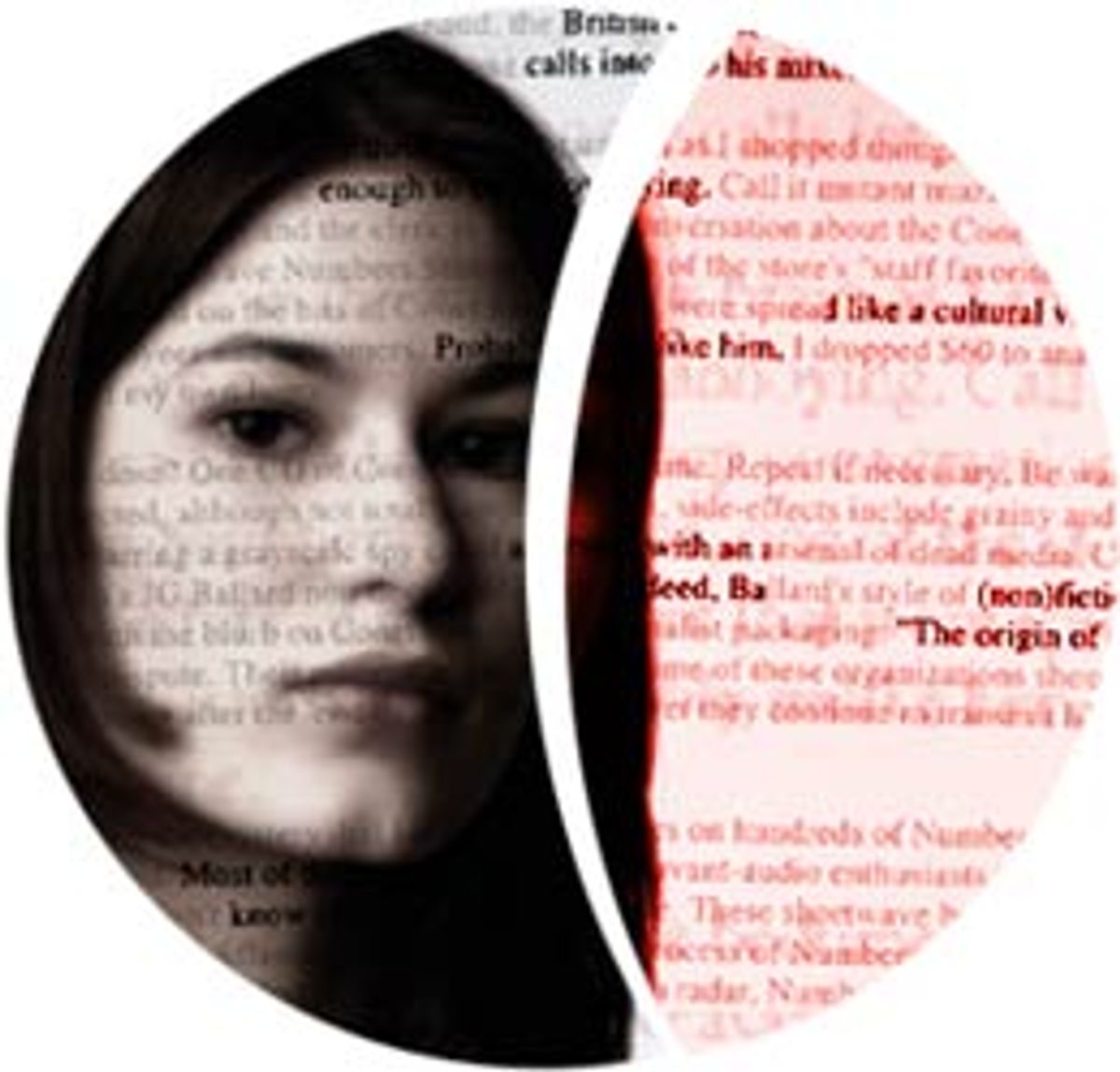 I got double-teamed in my "World Culture" class last semester by two women who provided me with the new rules for student intellectual conduct. We had just completed discussing Carlos Fuentes' novel "The Death of Artemio Cruz" when Beverly turned in her paper, ostensibly on the novel. It started with a short history of Gen. Obregon, who was president of Mexico from 1920 to 1925. She listed Obregon's achievements, concluding that he was the most progressive president in Mexico's modern history next to Cardenas. The only mention of Fuentes' novel was a remark that "Artemio Cruz lived during the time of Obregon's presidency." The thing went on for about five pages.

I wrote Beverly a short note: "Beverly, please see me. Your paper is about Gen. Obregon, not Fuentes' novel. David." Beverly appeared about a month later, after ignoring at least four reminders. She said, "What's wrong with it? I did the assignment."

"The assignment was to write something about the Fuentes novel," I said. "You barely mention the novel in your paper. There is only a bunch of stuff about Gen. Obregon."

Then she pulled out her notes from the day I gave the assignment and pointed to No. 14, which said, "Consider the historical context for the novel." She declared, "I did that."

I stared at No. 14 for a minute to make sure that the loophole wasn't big enough for her to drive her particular truck through. "The historical context was meant to be discussed in terms of the novel," I said finally. "You've turned in a paper that is only about Gen. Obregon. There's no novel there. Hold the tuna; just bring the toast."

She looked at me.

Then she said, "Gen. Obregon supported Madero in the revolution against Diaz. He was from the state of Sonora."

I said, "What do you do in chemistry, turn in the calcium content of Gen. Obregon? And in ancient history, Greece according to Gen. Obregon?"

She was staring at me.

"Gen. Obregon's most significant achievement was in the field of education."

"You've gotta keep a guy like Gen. Obregon handy," I said. "Never know when you're going to need a little information, know what I mean?"

"Gen. Obregon had a long battle with the Catholic Church and was assassinated by a fanatical Catholic," she said.

I was getting tired. So I asked her if she had read, "The Death of Artemio Cruz."

"I read about a third of it and it was too confusing. I couldn't figure it out so I got bored with it. I thought I ought to learn something, so I read about Gen. Obregon."

She had me there. Suddenly I wasn't sure whether it was more important to know about Gen. Obregon or about Artemio Cruz. What the hell. Her bit of historical research was actually pretty damned good.

So I started to ask her, "Who do you think is more important to know about ..." but stopped hurriedly. That's ridiculous, I thought. She's going to say, "Gen. Obregon, silly. Artemio Cruz is just a character in a book. Gen. Obregon really happened!"

I was insulted by her affront to my authority, her refusal to submit to it, but playing the authority card is always difficult for an old anarchist anyway. Before I could formulate my next tactic, she was out of her seat, looking at her watch.

"Don't forget the poem about Gen. Obregon," I said to the back of her T-shirt.

About three weeks later, Beverly's best friend, Helen, whose only previous work in the class had been a C bit of deadliness, turned in an essay Lionel Trilling could have written. The subject was Cristina Garcia's novel "Dreaming in Cuban," and Helen reached a peak of eloquence somewhere in the middle of the essay when she dissected the "hagiography" of a "mendacious Stalinist," among other things. I called her in.

"Helen, would you mind explaining to me what you mean in the second paragraph on Page 3, the part where you speak of the 'hagiography' of a 'mendacious Stalinist'? I don't understand that paragraph very well." I was not lying. I had had to look up "hagiography."

She was tough; she looked me right in the eye.

"It can mean a whole lot of things," she said. "It's about Castro, the Cuban Revolution, all that stuff."

"Well, " she said, not even looking down at the ground like I expected, "it's, you know, the sort of thing that they always say about guys like that."

"What sort of things, what are you really saying in that paragraph?" I was beginning to feel a little like a child abuser. She didn't help. Turning directly toward me, Helen said, "Hey, what are you trying to do to me? What's all this about, huh?"

"Look, I'm just trying to get to the bottom of your paper." Oh man, why couldn't I just plain accuse her of plagiarizing the thing?

But she was up and leaving, enough already.

I spent two or three hours trying to track down the source of the essay in book review digests, on the Internet, the whole bit. Nothing showed up. I started to call her, but hung up before dialing her number.

Instead, I called the vice president for instruction to ask her advice.

"It's like, oh, making a mountain out of a molehill, " I replied.

Sometime later I discussed the Beverly and Helen phenomenon with an old buddy on the faculty.

"Ask them to write a personal essay describing their feelings in response to the novel," he said. I imagined Beverly writing three or four pages about how Artemio Cruz "makes me feel bad, you know, just to know that things like that happened in the time of Gen. Obregon." I imagined Helen writing about having had a dream, "you know, with Jungian archetypes personified by Pilar and Celia in their struggles with the personal unconscious." Bev could turn anything into historical research and Helen probably could plagiarize the back of her hand.

"Look," I said to my friend sarcastically, "I'm going back to the old method. Question 1: Locate Mexico on a map of the world. Question 2: How old was Artemio Cruz when the federales hanged his girlfriend? Beverly and Helen wouldn't have any trouble with questions like that. They would both be 'A' students, and I wouldn't feel so oppressed."

My friend looked at me for a moment, and said, "Come on, you're not oppressed. Why don't you admit that you were entertained by the whole thing. Besides, give me the name of a novel you read when you were a sophomore in college, something you were required to read," he said.

I couldn't remember any.

"One of them was a doctor, I think," my friend said.

Then he threw me the curve.

"OK, tell me the name of the French general who was the leading spokesman for the colonials in Algeria?"

Shit. I remembered it. "Jacques Soustelle," I mumbled.

"See," he said. "She was right. Forget about Fuentes. Forget the whole thing. Gen. Obregon is where it's at."

Ah, the elusive nature of human knowing. Novels and poems live in a nether world that seems so remote from the facticity of modern life; they are so easy to dismiss as irrelevant, their voices like haunting songs. Beverly and Helen did not want to venture into that mysterious place, not now, not yet, maybe never. Perhaps "Artemio Cruz" was too difficult for them. I don't know. I still don't know if I did the right thing. Somehow I had begun seeing students like Beverly and Helen as characters in a novel themselves, entitled to their own ambiguity.

And, my friend was right. I was entertained. Maybe I will end this career having lost the capacity for righteous indignation.

David Alford lives and works on a ranch in the Sierras, near the town of Avery, CA.