Between good friends and great clients, nobody is as they seem. 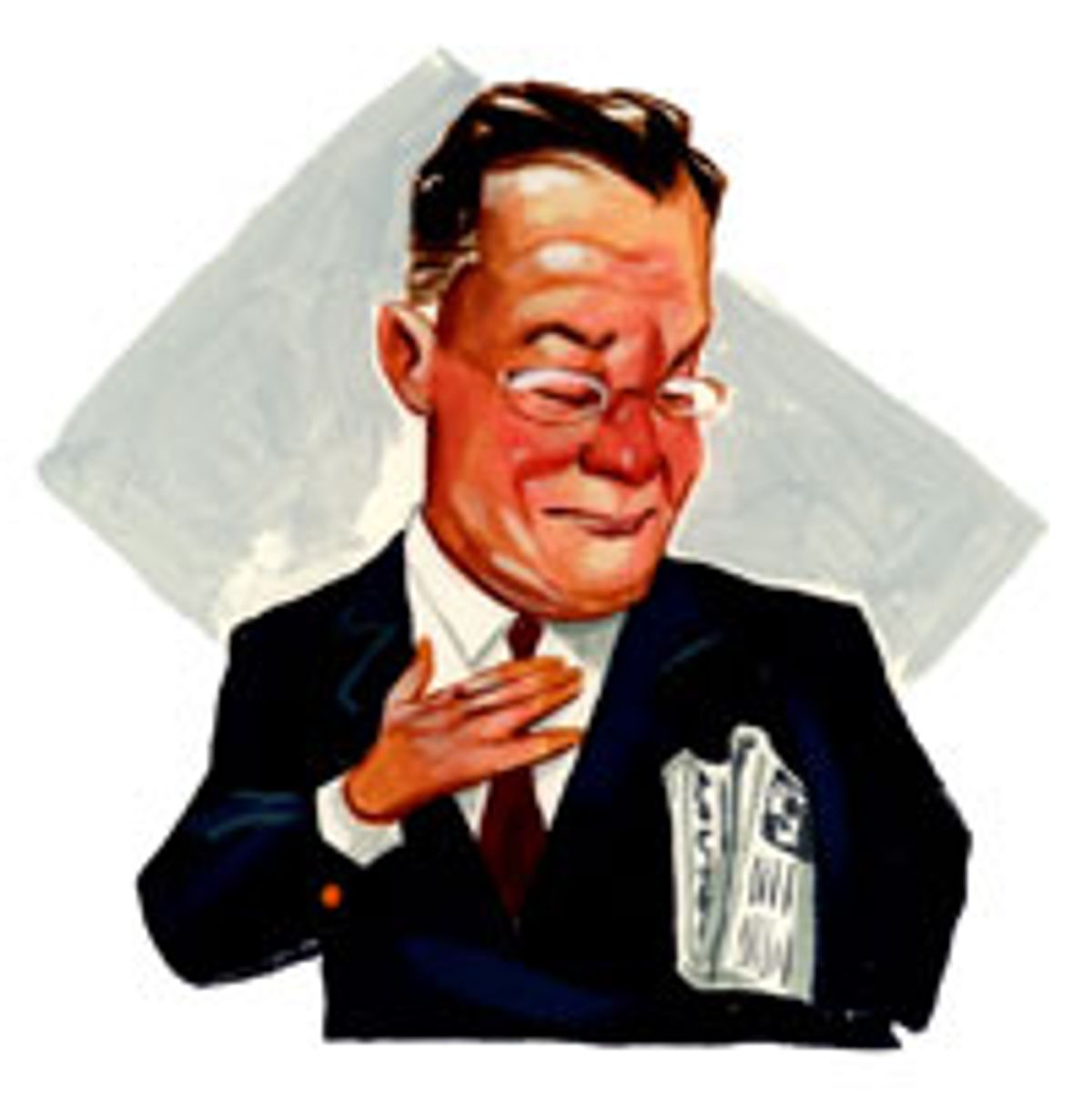 As Jasmine predicted: With next month's rent looming, I got over the worst of my anxiety and started returning my customers' phone calls. But I've decided to stick with clients I know -- between April and that mysterious phone stalker, I've learned my lesson about the hazards of new business.

This morning I bounced out of bed on five hours of sleep, unable to keep my eyes closed, awakened by obsessive thoughts of Randy. When I'm turned on by a new lover, I move differently, I laugh easily -- I'm so much better with my clients.

At noon, Milt came over -- back from another trip to Tokyo. I floated radiantly through our session ... My unrequited lust (for Randy ) was making me sigh, undulate and glow like some sort of bewitched sex machine. As I removed my clothes in front of Milt, I tingled at the memory of Randy's gaze. Milt almost never comes in the "missionary" position but he couldn't resist me today.

I was thinking how lucky Milt was to have me so aroused but he attributed his excitement to simply having missed me:

"Absence makes the hard-on harder," he quipped, pulling out of me.

I almost panicked, then reached down to grasp the base of his cock, so the condom wouldn't slip. It would be unprofessional to scold a customer for pulling out so carelessly but I couldn't help letting out a squeak of alarm.

As he dressed, we talked about April's recent notoriety.

"I'm really embarrassed," I told him. "I didn't know April was working for an escort service. None of the other girls you've met through me --"

"Suzy, I'm a grown man. Guys like me -- my first wife divorced me because I had an affair with her secretary! Not even my own secretary -- I was out of my mind!"

"You're kidding!" I was really shocked -- Milt's such a john that I can't imagine him doing something so unbusinesslike." You're lucky she just divorced you!" I added.

"Actually we had to get divorced because she tried to kill me," he laughed. "After my second marriage, I started learning how to control myself but my oldest daughter really paid the price emotionally. She never got over our divorce."

"Well, whatever you did 20 years ago, you don't deserve to be blackmailed by April."

"April's a piece of work, but I wasn't born yesterday. I've known girls like April before -- do you think every -- uh -- girl in your situation is like you?" He's as careful about avoiding certain words as I am. "Anyway, it looks like she'll be in California for a long time."

"You're not upset with me?"

"Don't be ridiculous. But I'm glad she's finished with New York -- I don't need a third divorce! Enough about April," he announced, magnanimously. "Are you going to the Hamptons with your boyfriend this weekend? Now there's a lucky guy."

I don't tell all my clients about my love life but Milt's one of those guys who likes knowing that the girl he pays is a regular person with boyfriends, relatives and pets.

"Actually, he's on a business trip," I coyly replied, "so I might amuse myself with a new friend."

Milt was putting on his socks. "Aha. The plot thickens -- younger guy?"

"Well," he said, standing up in his shoes. "I told you I wasn't born yesterday."

I was tempted to ask Milt for advice about the guy who snooped on me at the gym -- but I decided against it. My situation is worse than dangerous -- it's downright sleazy to have some strange creep following you around! And whatever misfortune I'd brought Milt through April, I wanted Milt's wholesome impression of me intact.

I just called Allison's cell phone -- was about to hang up when she answered, breathless. "I can't talk long," she said, "I'm almost home."

"Home? You mean, Janelle's apartment?" Allison is still sleeping on the couch of her Prostitutes Anonymous sponsor, who forbids her to turn tricks or talk to girls who do. "Why do you sound so out of breath?"

"She lives on the sixth floor."

Virtue is its own punishment I guess. I could just picture Allie climbing toward Janelle's sexless sanctuary.

"Listen, I've been thinking -- we told April way too much about your client list. She's an informant, and she's being very friendly to the prosecution. What if she talks about you? I think you should consult a lawyer."

"I don't want to talk about this here," Allie moaned. "Besides, she's in California and we're in New York. Why should I be worried?"

"Allie, there are federal charges -- don't you read the newspapers?" Doesn't Allison understand anything?

"I have to go -- I'm going to a meeting, and I need to shower and change. I'm not supposed to tell you ... Anonymity is one of the foundations of the program and we're supposed to place principles before personalities. "

"Tell me what?" I demanded.

She exhaled and whispered. I could hear her struggling with a number of deadbolts. "Jasmine's decided to join me. I'm so proud of her and well -- I'm proud of myself, too! Who'd have thought I could convince Jasmine of anything? Gotta go!"

The dial tone hummed. I stood, with phone in hand, staring at the receiver. Jasmine? At a meeting for "recovering" hookers? That's weirder than me falling for Randy! Just the other day she was advising me to get back in the saddle after my mid-week hiatus. Why would she do something so -- so naive? Then I felt a twinge of jealousy ... As long as I've known Jasmine and Allison, I've had to run interference between them -- and I've protested more than once. But I found it comforting, too. I always knew they could depend on me more than each other.