From opium-addicted housewives to cocaine cough syrup, the Drug Enforcement Administration Museum traces the history of illegal drugs in America. 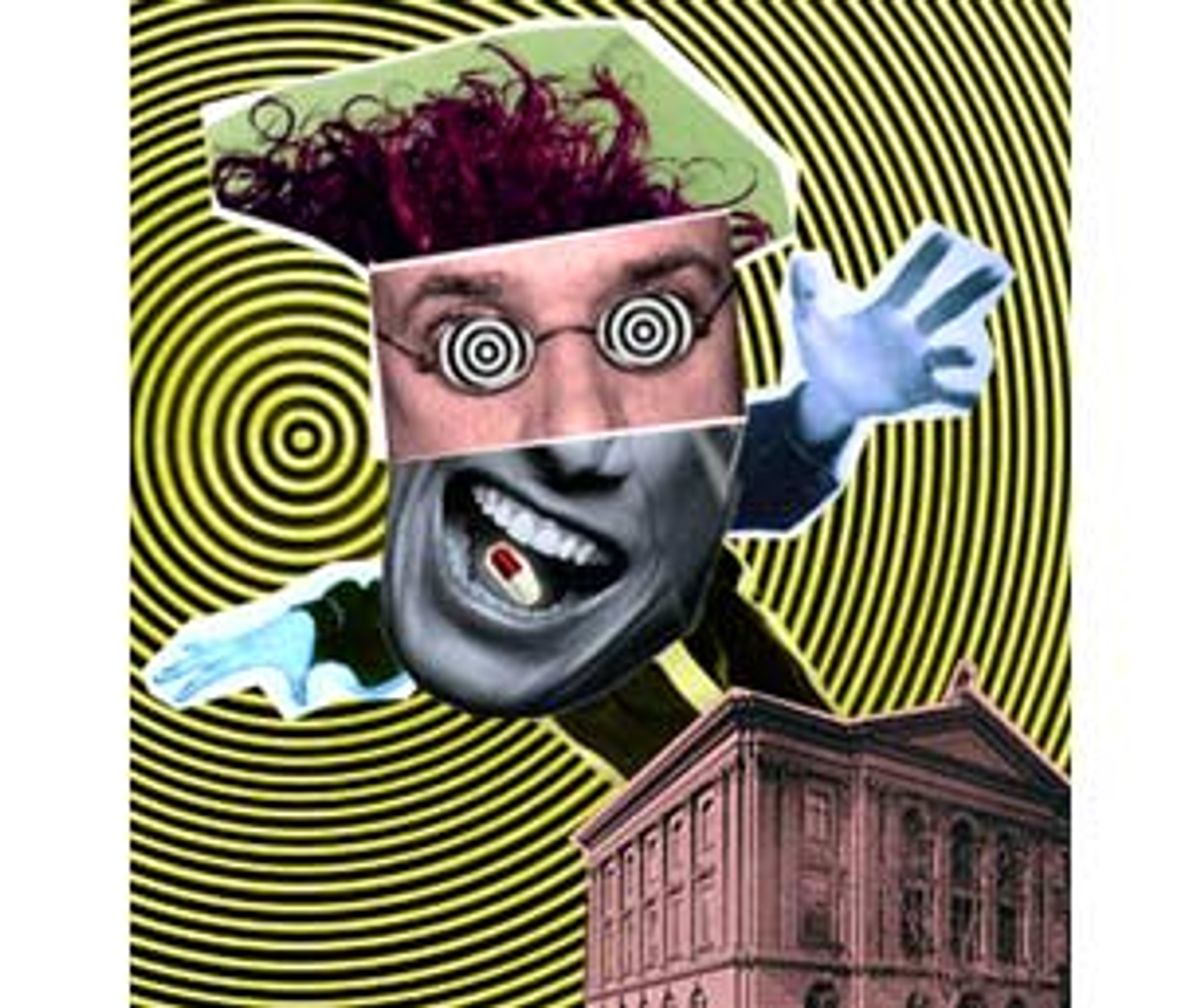 "I implore each of you to be unyielding and inflexible in our opposition to drugs," Nancy Reagan is quoted at the entrance to the Drug Enforcement Administration Museum in Arlington, Va.

Thankfully, the former first lady's words serve merely as an artifact, and the exhibit, "The History of Illegal Drugs in America," delivers an honest glimpse without preaching.

From the moment you knock on the double-walled steel door of a New York crack house and peer within to see a giant photo of children rummaging through crack vials, you see our history unfold in waves of addiction.

Some periods have been marked by ignorance. A diorama of a pharmacy from the 1930s shows Bayer heroin tablets and cocaine baby cough syrup readily available on the shelf.

Other times have been fueled by defiance. A collection of rolling papers from the early '70s is highlighted by a miniature design of $100 bills with President Richard Nixon's real White House phone number printed on them. Nixon ordered agents to raid head shops selling them.

And there has always been the need for escape. The July 26, 1861, diary entry of Mary Chestnut, the wife of a Civil War officer, foretold of housewives being the first true addicts in America: "The night before I sat up too late hearing Mrs. Davis, who told me unutterable stories of the war -- but I forgot after so much opium."

The DEA's unsentimental journey, curated by Jill Jonnes, the author of "Hep-Cats, Narcs and Pipe Dreams: A History of America's Romance With Drugs," has become an unexpected hit since opening in May. Recovery groups are now making the pilgrimage here, and dozens of tourists a day (by appointment only) are incorporating it into their Washington-area visit right along with the Lincoln Memorial and Arlington Cemetery. (The museum, in the lobby of DEA headquarters at 700 Army-Navy Drive next to the Pentagon City Mall, is open from 10 a.m. to 3 p.m., Tuesday through Friday. Call (202) 307-3463.)

"It looked interesting to me," says Ryan Szubinski, 21, of New Orleans, who saw the museum mentioned in one of the tourist magazines in his hotel.

While Jonnes concedes the exhibit was intended for a knowledgeable audience, she is not surprised it has touched a popular nerve.

"Any American at this stage has personal experience with a drug problem," Jonnes says. "Seeing drugs in a historical context is satisfying."

And you get to see some of the DEA's great busts, too. Photos of proud agents posing with their drug quarry can be seen throughout, and in a more concrete display of government triumph, a construction post is split open to reveal part of the record 14,285-pound cocaine seizure made in Miami in 1991. Not far away is a picture of the bloodied face of Medellin cocaine boss Pablo Escobar, shot dead by the Colombian national police in 1993.

The museum has an impressive collection of pipes and needles seized during the last two centuries. As the timeline moves into the 1960s and '70s, you might find yourself smiling, out of nostalgia or regret, at the bongs fashioned from mayonnaise jars and 7-Up cans, and the colorful display of hundreds of amphetamines and barbiturates, and preserved psychedelic mushrooms.

The museum gives the '60s its just due, explaining that the decade marked the first time that the educated middle class had championed recreational drug use. Check out the late Timothy Leary, then a fallen professor at Harvard, urging his minions to "Turn on, tune in, drop out." Leary's rebellion takes on an uncomfortable resonance amid recent findings that he was an FBI informant.

Nearly a generation before, narcotics commissioner Harry J. Anslinger had virtually eradicated drug abuse, the exhibit tells us, when he stonewalled overseas smuggling. By the end of World War II, there were just 50,000 addicts in the country.

But we later discover that outright victory in the war on drugs was as elusive as a first high. The exhibit is unflinching in chronicling the hold that narcotics have had on our lives since the Chinese brought opium to the Gold Rush and Western railroads.

Then the timeline focuses on cocaine. The pharmaceutical firm Parke-Davis advertised that cocaine "makes the coward brave, the silent eloquent." Two children jump from rock to rock in a stream for an ad touting cocaine tooth drops. So-called cures for addiction are shown to include more of the drugs themselves.

In assessing cocaine, even the good doctor Freud was wrong in the final analysis. "One feels self-reliant, vigorous and active," he wrote. "It is absolutely harmless in long use."

The literary world has its say here, too. Sir Arthur Conan Doyle's Sherlock Holmes told a disapproving Dr. Watson that he used cocaine because he needed the stimulation until a more exciting case came along.

Hollywood druggie movies, as the collection of lurid movie posters attests, flourished at the peak of the first heroin and cocaine epidemics but nearly vanished for more than 10 years because of the nation's preoccupation with World War II and Anslinger's get-tough policies.

Movies such as 1955's "The Man With the Golden Arm" with Frank Sinatra and 1957's "Pickup Alley" with Victor Mature reappeared during the Cold War when French Corsican (the French connection) gangsters began monopolizing the heroin trade, and prominent jazz and beat figures such as Charlie Parker, Billie Holiday and William Burroughs lent the drug an underground cachet.

"I could look at the end of my shoe for eight hours," Burroughs wrote of his heroin bingeing in Morocco, a passage of which is displayed. "I was only roused to action when the hourglass/junk ran out."

The DEA text is easy to read and isn't afraid to offer a theory or two. The exhibit speculates that Len Bias' cocaine-induced heart failure after being drafted by the Boston Celtics in 1986 ended the upper class' love affair with coke, eventually forcing dealers to go down-market into crack.

"Illegal Drugs" winds its way through heroin chic to current developments like methamphetamines and heroin so pure it can be ingested in pill form.

There is plenty of space for the next wave.

Ron Dicker is a writer who lives in New York.