Home is where the revolution is

When they forsake the revolution to raise children at home, smart women fear they've made a stupid choice. 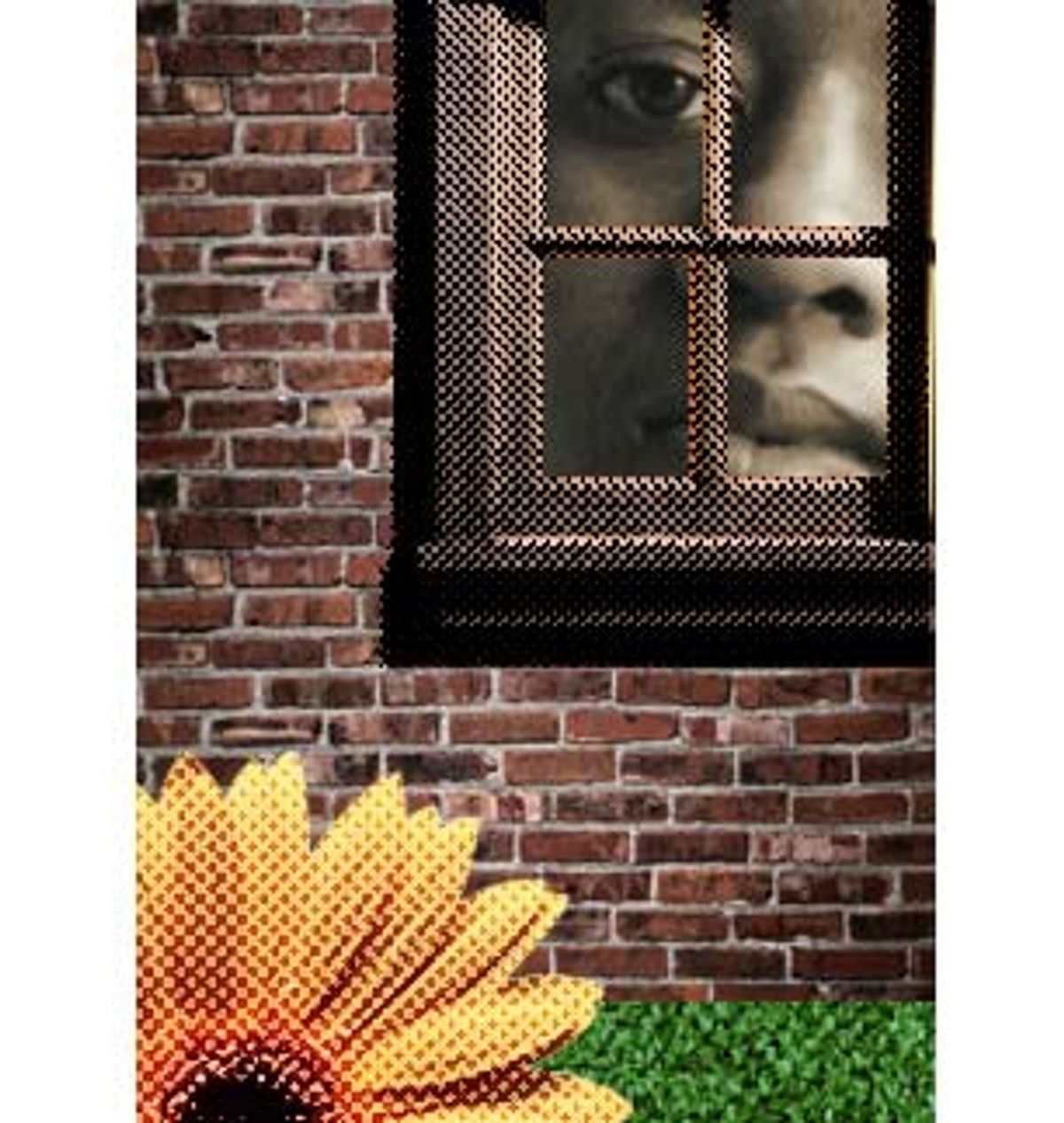 We sit in a circle of secondhand chairs. My book group consists of
two lawyers, two psychologists and a social worker. Once determined
careerists, we are now at-home mothers, each of us with at least two
children. We feel
splintered and disenfranchised from the culture of paid, working parents who, whatever they say, think we have it easy.

Today we are discussing a novel titled "Persian Nights" by Diane Johnson. It is the story of Chloe, a surgeon's wife and at-home mother in Southern California. Chloe is an arranger of activities for her husband and children. Like many such mothers, she has begun to feel like a bit player in others' lives. Her husband plans a trip to Iran in the weeks preceeding the Shah's downfall, and, ever the accessory, Chloe finagles an art-history fellowship from a local museum so that she can accompany him.

In Iran, Chloe experiences an awakening of her political self. At personal risk, she helps the "Westernized" wife of an Iranian doctor to flee the country with her children. But Chloe is unable to sustain her newfound activism. As the assassinations and arrests increase, she takes a lover and establishes a domestic routine similar to the one she left in California. Ultimately, she returns home facing divorce, the possible loss of her children and no way to support herself. Not exactly like the women in my book group, perhaps, but Chloe is still too close for comfort.

A grave silence settles over the five of us, smart women who fear we've made a stupid choice. The possibility of widowhood seems distant compared to the threat of divorce. Feminists warn us that, in either event, having stayed at home is economic hara-kari. And three of us, including me, who still navigate the detritus of our parents' divorces, have intimate knowledge of its costs.

Fueling our discomfort is the perception that staying at home with our children is a betrayal of our professional training. After all, you don't need a degree to be an at-home mother. We all encounter those who assume that we were never serious about doing anything else. I'll never forget the parting comment of one of my Harvard Law School classmates: "Don't worry about which area to practice," he said. "Soon you'll be home changing diapers."

Culturally, the skewed attitudes about at-home motherhood seem to proliferate. Though politicians bemoan the decline of family values, there is little support for parents who curtail their working lives for their children's benefit. The New York Times and the Wall Street Journal have published articles referring to at-home mothers as executive "status symbols," a label that demeans the work we do and the sacrifices we make. In movies like "One True Thing" and "Stepmom," the mother who raises her children at home fades away, swanlike, stricken by cancer, while the younger career woman flourishes. These movies function like health warnings: Work makes women stronger; stay-at-home motherhood is carcinogenic.

I pose this scenario for the group: "Maybe we are like Chloe, seeking shelter from social change in domestic routine. The majority of mothers work outside the home now. They've stayed true to the cause of the sexual revolution. Maybe we wimped out, sold out."

Before I finish, the group shouts me down. As usual, our monthly meeting veers into the One True Discussion: How to balance parental duty with personal ambition. The others counsel patience; they still believe that, after years at home, they can return to meaningful careers. I am buoyed by their optimism, but not long after they depart, and I gather the fruit salad and coffee mugs, the doubts return.

I know they mean well, but they just don't get it. My life is a revolution, interrupted. When the civil-rights movement told me that I was somebody, implying that I could be somebody greater still, I took that message as a calling. When the women's movement threw down the gauntlet and challenged me to have it all, I went for it. I believed in those movements; I was a part of them.

And now I am supposed to wait? For what? To sell real estate at 50-something?

The ideals of feminists and civil-rights activists were respected in my home. My father and grandfather fought Jim Crow and poverty to become doctors. While the black nationalists marched up Euclid Avenue in Cleveland in the late 1960s, my sisters and I were headed downtown in pink tights and slippers for ballet and piano lessons. If the style was different, the spirit was the same. It was expected that I would take the privileges that so few black children around me enjoyed and, with them, Do Great Things. In my world, that meant becoming a doctor or lawyer. "Mother" wasn't even on the list.

But a mother is what I became, and what I learned from my mother and grandmother is this: When it comes to raising the children, the buck stops with me. I've hired help here and there, but no full-time third-party parents, no surrogate moms. Returning to a part-time position with a law firm a year after my first son, Sam, was born, I made the mistake of proclaiming to my mother that the Panamanian nanny I'd hired was "wonderful." There was a dark pause on the line before she tartly replied, "Well, she couldn't be as wonderful as you."

So I'm riven by the conflict between serving my children and serving the movement that gave birth to me. I can't escape the sense that, like Chloe, I abandoned the cause. In time, I found I wanted the safe harbor of a husband and children, not just to have, but to experience and enjoy. I wanted a home where I had nothing to prove and nothing to fear. I realized that I could not live up to the demands of the revolutionaries I so admired.

This revelation produced guilt as well as anger. If I was formed, in part, by political movements, I am also their prisoner, unable to make choices uninfluenced by the dynamics of race and gender. Unlike the white members of my book group, I am judged harshly for every choice I might make. When people discover that I, an Ivy League-educated black woman, have stayed at home to raise her two boys, they are smug, as if I am proof of the failure of affirmative action. I believe they assume that I probably don't work because I was never really good at anything, not because I chose to put my children first. It infuriates me.

Even worse is the knowledge that by staying home I have undermined the ideals of the movements I hoped to serve. Catching sight of myself cleaning out the garbage disposal or plucking action figures from the floor, I feel like a Backlash poster child. "Look at this woman," the caption might read. "She didn't need that fancy education; she doesn't even need the vote!"

An educated mother at home has no peer in the contempt that she can heap upon herself. There is something about taking care of children that appears to wither the self. That's why patience is so dangerous: It's so easy to become Chloe, who will fight for a cause only to the limits of her personal safety.

There are some who protest that mothers are authentic revolutionaries. This is true. As mothers we make our most lasting mark. I believe -- with ruthless, irrepressible urgency -- that I count in the world, not less because I've been a mother at home, but more.

One day, Sam came home from kindergarten and asked what I did for a living. He was anxious because his class had discussed other mommies' jobs and he was a little embarrassed that he didn't know what to say about me. Ashamed, even. So was I -- shamed into silence.

That evening, he called me excitedly to the television: "Mom, if you call this number," he said, "you can study for a career in your own home!" The next morning he awakened me: "Mom, I have an idea: Why don't you be Dad's secretary!" Wisely, my husband refrained from comment.

After breakfast the next day, I sat Sam down and tried to explain to him what I had done and why. As we walked to the bus stop, he reviewed: "So you're a lawyer and a writer, but mostly you just take care of us, right?" He looked at me with such genuine concern that suddenly I laughed. "Just say it's complicated," I told him.

He climbed aboard. I waved to the departing bus. Inwardly, I shook my head. I thought about my own mother and how long it took me to realize that she was a revolutionary.

It occurs to me that I will feel doubt again, shame even, but I will always be loyal to her cause.