Death of a journalist

Reporter Sander Thoenes was touring a neighborhood in Dili, the capital of East Timor. Then soldiers opened fire. 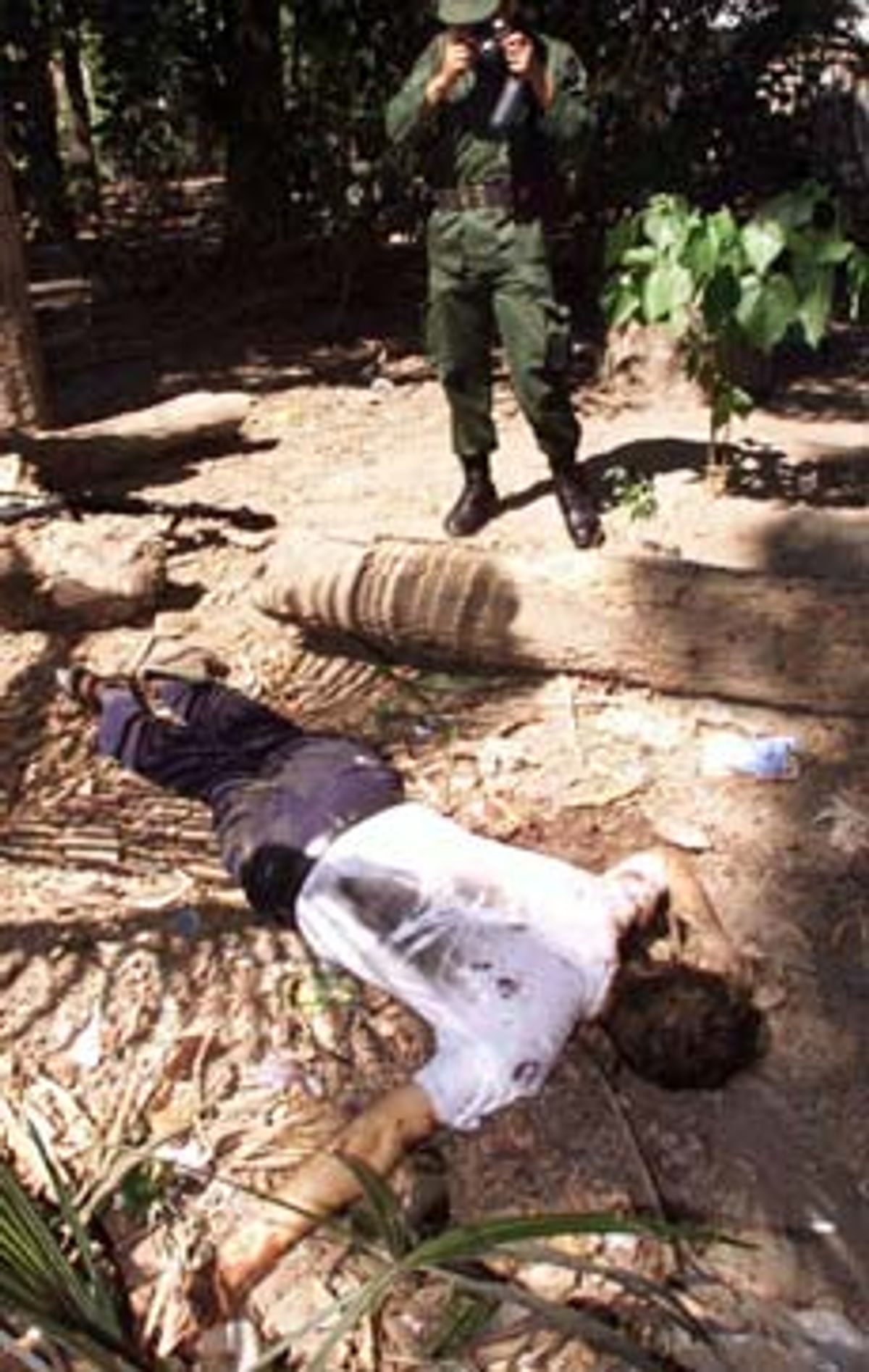 On the last day of his life, reporter Sander Thoenes flew from Jakarta, where he had been stationed for two years, to Dili, the ravaged capital of East Timor. A tall, slim, curly haired blond with an enchanting smile, the 30-year-old Dutchman was familiar with risky situations after years of covering Russia, Central Asia and Indonesia.

Fluent in the Indonesian language and familiar with Dili, he one-upped his fellow reporters by finding a room at a hotel that still had a roof. While United Nations troops had begun to restore order, armed militiamen and Indonesian soldiers still terrorized many areas, infuriated at international intervention intended to halt the massacres and widespread brutality. In their rage, some had sworn to "eat the heart" of foreigners.

After settling in, Sander hired a motorcycle taxi to take him around the town. What happened after Sander took off on the back seat of that motorcycle illustrates the fragility of reporters' lives in hot spots all over the world.

I remember Sander from his days as my intern at the Center for Investigative Reporting in San Francisco. This was nine years ago, when he was in college. His application stood out among scores of others and, as I looked over his old file at the Center the other day, I found a note in my handwriting reading, "I get the Dutch boy, right?" with a "Yes" beneath.

Sander lived up to the enthusiastic recommendations of his professors; he had an instinctive sense about stories and fact-gathering, a passion for journalism and boundless energy. Moreover, he was delightful: I invited him home for dinner with my family, and he came to watch a cross-country race in which I was running. After he moved on, we kept sporadically in touch. He found good jobs in faraway places, just as he had intended.

A post in Indonesia, a former Dutch territory that had always interested him, was his objective. After his time at the center, Sander worked for an English-language paper in Moscow, using his fluency in Russian not only to make contacts with news sources, but also, unlike most foreign correspondents, to make friends with scores of Russians not connected with the news business. After working there for four years, he got a job with the Financial Times of London. An obituary in that paper describes Sander's initial job interview. Asked whether he liked reporting in Russia, he answered, "I enjoy every minute of it, and every day I am amazed that they pay me for it, too."

The Financial Times sent him to cover Central Asia. But after some time in Kazakhstan, Sander told his editor that he was going back to the Netherlands and, at his own expense, would learn Bahasa, the language of Indonesia, to demonstrate that he was the right person to be sent there. The editor described Sander's determination as "always exercised with a charming smile, that characterized all his work." The strategy worked, and he spent two years in Jakarta.

"He loved his job there," said Susan Charlton of Corte Madera, Calif., whose daughter Angela lived with Sander in Moscow. "He told me how thrilling it was to be a reporter in a troubled place where there was hope, where people felt optimism about a better future." Angela Charlton, who reports for the Associated Press, said that Sander often expressed frustration at the corruption of officials in the former Soviet Union and Indonesia and talked of writing a book comparing the two countries' efforts at democratizing. But then, she continued, he would laugh and say he couldn't imagine ever leaving work long enough to write a book.

So it was only natural that he would jump aboard the motorcycle that day, to see Dili himself and better inform his readers about the slaughter and the destruction wreaked upon the city. But as the pair were touring a neighborhood west of downtown, they encountered a group of men in military uniforms. The soldiers signaled them to stop. The motorcycle driver, sensing danger, turned the bike around and drove away; the uniformed men began to shoot.

"Pa-pa-pa-pa, 10 or 20 times," the driver told a reporter for the Toronto Globe and Mail. "The bullets cruised past. He didn't say anything, he just held on to me."

But a bullet blew out the rear tire, sending the bike crashing to the ground. The driver fled; Sander lay injured. Reports from that point on differ somewhat: Sander's body was found either later that day or early the next morning; he died by gunshot, or by machete, or by knife thrusts, or by blows from clubs. The autopsy results are not yet in. But he was found in a pool of blood, his face cruelly slashed, his left ear missing.

Headlines from two of the articles Sander wrote before his death seem prophetic: "Indonesian military's power undimmed by humiliations" and "A free East Timor won't be easy." The White House and the United Nations issued statements mourning his death. A piece about him, written by the Committee to Protect Journalists and published in the Christian Science Monitor, decried the "military-backed strategy to intimidate and drive out journalists who would report on the terror in East Timor to the outside world." The committee keeps a running count of journalists killed each year in the line of duty. This year, Sander was No. 19.