Get out of my bedroom! 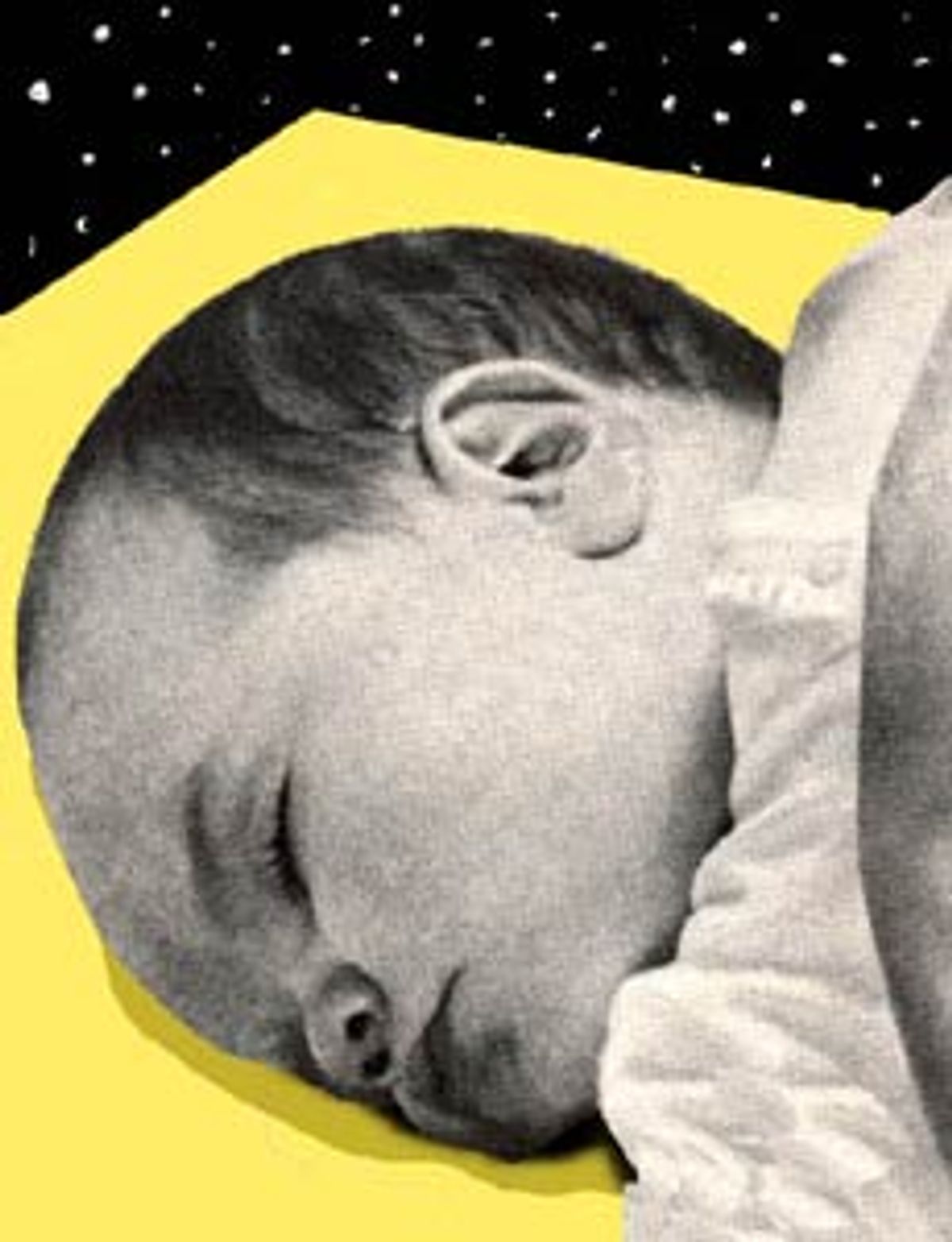 Usually I welcome the warnings of the Consumer Product Safety Commission. I like to know about dangerous products. But, not this time. This time the CPSC has come into my bedroom and I want them out. Since when is co-sleeping a product? Who has the authority to tell me what to do in the privacy of my own bedroom? What if this one-size-fits-all prescription just doesn't fit my family? Am I to be terrorized by the CPSC illustrations of strangled and smothered babies or am I going to stand up and say, "Not me." "Not this time." "No thanks."

Interestingly enough the CPSC gives little detail about the alleged deaths associated with babies in adult beds. Who are these parents who managed to smother their babies? I've never heard about any of them and I've been listening to parents for over 20 years. Is there any chance that these parents were heavily drugged or drunk when this happened? Most of the co-sleeping parents I talk to complain about not getting enough sleep, of having a heightened, not a diminished, sense of awareness when their baby is in bed with them.

Please! Give us parents more credit. Our job is hard enough without being terrorized by worst-case scenarios. I am tired of having my perfectly normal instincts co-opted by bureaucracies and institutions that focus on extremes at the expense of normalcy. And I refuse to buy into a fear-based philosophy for my parenting.

With all the important issues that the CPCS, the American Medical Association and the American Academy of Pediatrics could focus on, why bother with a "mother management" issue like co-sleeping? Is there some fear of future liability if they don't "warn" the public of obscure deaths? Are the crib manufacturers losing money? What's the big deal? Is it that medical experts unfamiliar with the family bed don't know how to advise parents and therefore want to make co-sleeping go away? Is it that old fear of intimacy, once again?

It's enough to make a parent crazy. Obviously this CPSC recommendation was written by people who never get up in the night with babies. In 1997, the AAP told us to breastfeed and then undermined its own recommendation by telling us to put the baby back in his or her own crib after breastfeeding. Maybe I'm just a lazy mother, but one of the big advantages of breastfeeding is that you don't have to get up and take the baby down the hall. You have the equipment built in.

One of the things that the CPSC scare tactics fail to mention is that in practically all other cultures in the world, babies sleep with their mothers. In her book, "Our Babies, Ourselves," pediatric anthropologist Meredith Small tells us that the United States is unique in the way that it treats its children during sleep. Only in industrialized Western countries, such as the United States, Canada and some European countries, has sleep become a private affair. Small cites one study of 186 non-industrial societies; in none of these cultures do babies sleep in a separate place before they are at least 1 year old. In another study of 172 societies, all infants do some co-sleeping at night.

Are we to believe then that these other countries just don't know any better? Do they have different beds, different mattresses? Do they use less drugs, drink less alcohol? Couldn't we consider learning something from these other cultures? As the most violent culture in the world, it seems to me that we could use some more of the touch that reduces violence: breastfeeding and co-sleeping.

I refuse to give up my authority as a parent to others, even if they have a lot of degrees and credentials. No one knows my baby as well as I do. The unique dyad that is my baby and I is incredibly and inherently wise. In 20 years from now I may have no memory of the CPSC recommendation. But I will know my child and only we will live with the outcomes of my decisions. I do not want the institutions of society to systemically break down my maternal instincts. I do not want to rely on "experts" for the rest of my life. I want to trust my own unique experience.

I say to the CPSC, the AMA and the AAP: "Don't ignore the validity of my personal experience. My baby is hard-wired to expect my touch. She believes that she and I are the same person, and wants to be with me all of the time. Don't tell me that she is wrong and that you know better when you don't even know her. Don't tell me that my instincts and the innocent longings of my baby are wrong. I know better."

As a new parent I would be terrified by the information reported today by the CPSC, and by the fact that the AMA researched it and the AAP concurs with it. I can only be reassured by their pervasive attack. I've observed that social change is a process that can take a long time. First, a new idea is ignored. Next it is ridiculed. Then it is attacked. Finally, it is assimilated. This attack must mean that co-sleeping is really catching on in the United States. Good. It should be. It's a good idea! Parents are not stupid. We don't share bad ideas with one another. Co-sleeping works. Hundreds of thousands of generations and hundreds of societies attest to it.

Go home. Hold your baby. Do what comes naturally. You'll be better able to live with the results of this trust than you will with the ominous fears generated by anonymous individuals who are supposed to serve us. Twenty years from now, when you look back on your life as the mom of a new baby, you won't say, "Gee, I forgot to teach little Suzie to sleep. I wish I had only listened to those experts." Believe me, you will say, "Gee, I wish I had held my baby more."