In his new memoir, "Out of Place," Edward Said brings his exile into focus and finds a home between his past and his future. 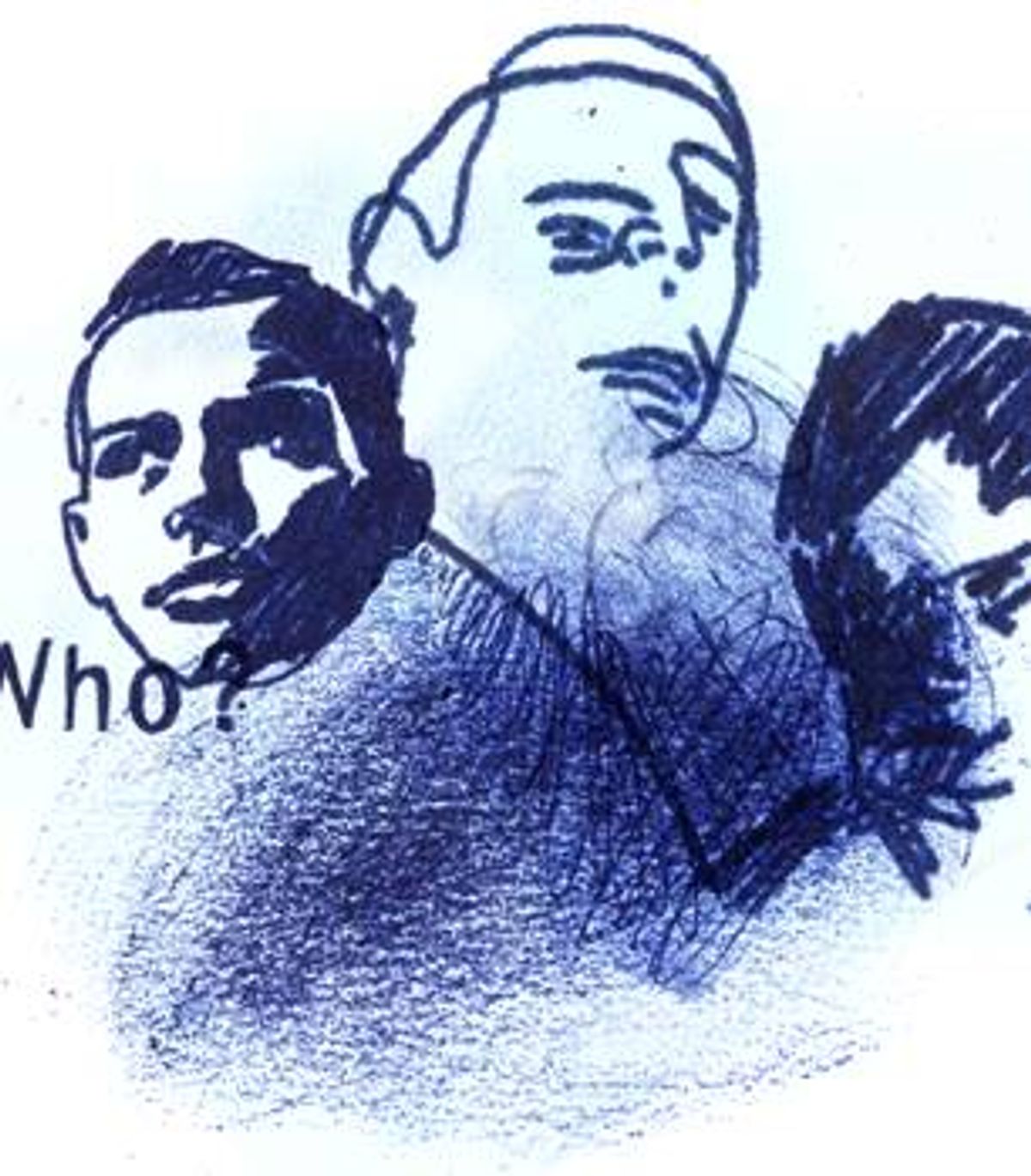 When a philosopher publishes a memoir, he or she threatens to make the inaccessible accessible. A career's worth of abstrusity promises to be illuminated by that ultimate searchlight, the personal narrative. So when America's foremost Palestinian intellectual, Edward Said -- admittedly not so abstruse in the murky theory department -- released his long-awaited "Out of Place" this month, it seemed that he, too, just might snap open the shades and show us night in broad daylight for a moment.

"Out of Place" is a guilty pleasure for the recovering theory nut. With Barthes and then Foucault, we renounced our fascination with the author of a text, recognized that his or her religion, family life -- even his or her other texts -- have no bearing on the work in question. The domain of the enlightened critic, it was decided, is textual interplay and nothing more; to let the author's biography color our reading in any way is to grant him or her an undemocratic tyranny over a text that should belong exclusively to the reader.

But then Said's work has always collapsed text and "text producer," as theory's unbearable prose would put it; we read about Palestine, visions of the East, even Joseph Conrad, and Said is always present as a persona, weaving in his own experience and biases. The Columbia English professor's scholarship comes with a self-consciousness that constantly directs our attention to the scholar responsible. What facilitates this criticism? he asks. How does my background inform my perspective?

This time, though, the background is the foreground. From birth in Jerusalem in 1935 to his childhood years divided between Cairo and Palestine, then on to boarding school and university in the United States, the book traces a life characterized predominantly by exile and displacement. As a Christian Palestinian, and a Palestinian outside Palestine, Said suffered -- and occasionally nurtured -- a perpetual sense of marginalization. Out of place became something of a hometown.

If Said's story unfurls in a jumble of alien places, these places assume an impressive vividness. He describes his life as a series of incongruities and amalgams, each sending him further from what he deems center. First his name: the English Edward, the Arabic Said. Throughout the book, as the apparent contradictions in his life grow more pronounced -- his mother's love was "both beautiful and withheld"; he's neither 100 percent Palestinian nor 100 percent Egyptian; he supports Palestinian self-determination but criticizes the PLO -- he returns to the dissonance in his name as a sort of de-centering mantra.

As Said grows from nervously resourceful child to thoughtful/rebellious teen to dedicated scholar, we see his sense of perpetual displacement evolve into a comfort zone. Being out of place, he recognizes, affords him not only an ideal vantage point from which to consider the world, but also a rich vocabulary of images, metaphors and narratives with which to evaluate criticism itself.

But for all the relevance of marginalization in Said's life, the book sometimes stalls in its exhaustive exploration of periphery. While he clearly gets de-centered more than the average world citizen, his memoir neglects to recognize displacement as a fairly universal psychological condition. Who, as a child, doesn't feel out of place? The disservice lies not in some insensitivity toward Everyman's childhood, but rather in Said's own failure to distinguish between two distinct forms of displacement. He treats familiar experiences of personal estrangement with the same attention and intensity as his family's forced expatriation. Yet for American-born readers -- with emigration in our history -- tales of displacement and cultural hybrids rarely elicit shock.

Though "Out of Place" illuminates the liminal space Said inhabits throughout his personal and political life (liminality, with its suggestion of in between, is a central theme in his criticism), it neglects to consider the most interesting space of all: the intricate path his theoretical work snakes amid theoretic schools -- post-structuralism, post-colonialism, liberal enlightenment and deconstruction.

It's in his intellectual work that we see Said live up to the rebel reputation so often ascribed to him on his book jackets. Unlike postmodernists such as Derrida and Baudrillard, who dispensed with the very notion of authority altogether, he still believes in truth and the possibility of speaking it. Where Derrida might explore his own subjectivity ad nauseam, Said never renounces the authority to fight concrete battles (Palestinian self-determination, for example) and use theory as one of his weapons.

Though he doesn't discuss it in terms of his intellectual work, his ambivalent relationship to authority plays out emotionally in "Out of Place." Cold, reserved and critical, Wadie Said raised his son with dramatic scoldings and mysterious silences. Said writes:

"The most terrible thing he ever said to me -- I was twelve then -- was, 'You will never inherit anything from me; you are not the son of a rich man,' though literally of course I was."

In response, Said spent years attempting to secure the affections of this distant man. Said loves his father with a mix of rebellion and reverence. The hot and cold of this relationship is echoed and elaborated in his dealings with all sorts of authority structures. He describes himself, early on, as "the boy who went to school and unsuccessfully tried to follow (or ignore and circumvent) all the rules."

Said's memoir, of course, comes with baggage: Reading "Out of Place" means reading it against allegations of dishonesty recently leveled against him. In the September Commentary -- published before Said's memoir hit bookshelves -- Justus Reid Weiner accused him of fudging his Palestinian heritage. Said, he claimed, was not expelled from Palestine and did not attend school there as he has suggested. The Said camp fought back. Supporters cast Weiner as a Zionist Kenneth Starr: You're wrong, and even if you are right, get a life.

Wait until the book comes out, said Said's defenders, then we'll be vindicated. Indeed, "Out of Place" offers sufficient evidence to exonerate Said of any blatant obfuscation. (Christopher Hitchens and others have offered thorough, point-by-point refutations of the allegations.) But at the same time, the book allows, inadvertently, an understanding of why a Justus Reid Weiner might choose the road he did. While Weiner's critique homes in, piddly-like, on the minutiae of the personal as opposed to the political, it was Said who first made the details of his personal life so politically important.

But the most remarkable thing to see in the debate was the reduction of two decades of scholarship to a week of tit-for-tat quibbling. Critics split into two camps; suddenly the way to think about Said was simply liar or not liar. Ostensibly, Said fought such party-line thinking all his professional life. His scholarship revolves around the ideal of the "secular critic" -- that intellectual who eschews "filiation" (alliance based on birth, nationality or profession) in favor of "affiliation" (allegiances born out of "social and political conviction, economic and historical circumstances, voluntary effort and willed determination"). Yet like so many public intellectuals, he has used the facts of his biography to bolster the authority of his ideas.

"Out of Place" lets us see him better than any of his previous writing has, and this seemed to be what he was after. Diagnosed with leukemia in 1991, he decided it was time to look back on a life largely obscured by the movement of exile. And as in the best of his criticism, he is able to make beautiful sense of the abstract and complex:

I occasionally experience myself as a cluster of flowing currents. I prefer this to the idea of a solid self ... These currents ... at their best, they require no reconciling, no harmonizing. They are "off" and may be out of place, but at least they are always in motion ...