Bradt Publications' contest offers a free trip for two to Patagonia as its top prize. 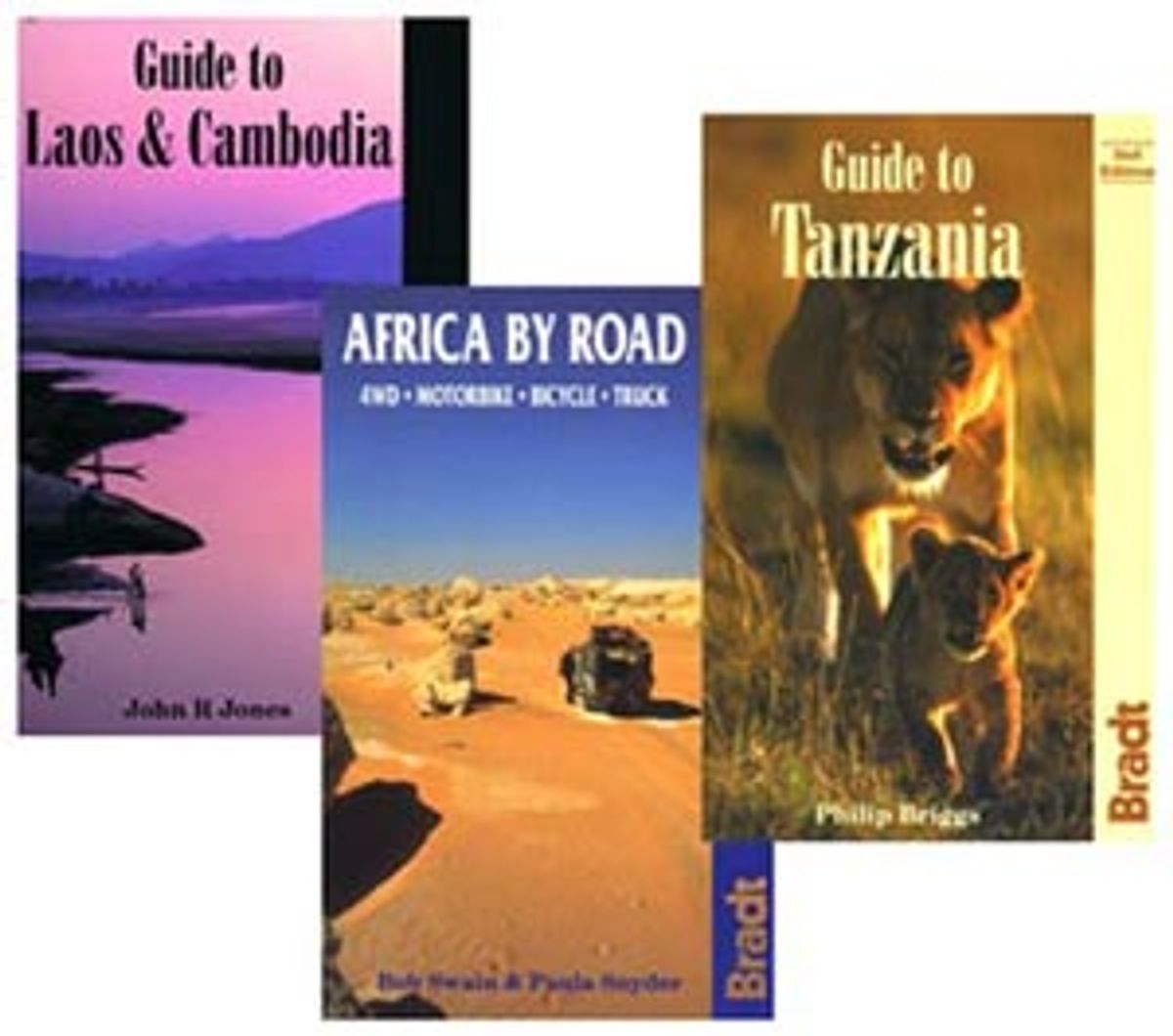 Hilary Bradt, founder and publisher of Bradt Publications, has announced an intriguing competition, organized in celebration of the company's 25th anniversary. "The first Bradt guidebook was written in 1974 on a river barge in Bolivia," Bradt recently wrote me. "The company has come a long way since then, with over 50 guides aimed at adventurous travelers wanting to explore unusual destinations. Good writing has always played an important part in the Bradt philosophy. We believe that a guidebook should be as enjoyable to read as a travelogue, and Bradt authors are chosen for their ability to paint a scene as much as for their thoroughness and accuracy. We also believe that a good guide should help bridge the gap between cultures. Our travel writing contest will help us find excellent new writers and travelers who enjoy interacting with local people."

The Bradt Travel Writing Competition asks for entries of 500 words maximum on the theme of "Meeting the Locals." According to the guidelines, "The winner will have the essential quality that makes a good travel writer: the ability to 'paint the picture' in a limited number of words. The theme can be widely interpreted, from a meeting at your local bus stop to participating in a tribal ceremony. It can be a pleasant or unpleasant experience, and can also include animal encounters."

First prize is a trip for two to Patagonia, including round-trip flights and ground arrangements. Second prize is a $200 Scala jacket. The winning article will be published in the Bradt catalogue, and the Globe Pequot Press catalogue for the year 2000. It may also be published in a Bradt guide. The winner will be announced in December.

Potential entrants can find the competition guidelines on the Bradt site. Entries can be e-mailed. Note that the deadline for entries is Oct. 31.

As an example of the kind of account she is looking for, Bradt sent me the following story, which she wrote herself:

"Please send me a photo"

It is not always easy to keep a promise. Of course we intend to send a print after someone posed cheerfully for the photo, but after we get home there are so many other things to do, so many addresses on torn-out pages of exercise books. I now honor my promises. Here's why.

I was checking my group in to a beach hotel in Madagascar when the bellboy asked if he could speak to me. He looked nervous, so suspecting a problem with the bookings, I asked him to wait until everyone was in their rooms.

When we were alone, he cleared his throat and recited what was obviously a carefully prepared speech: "You are Mrs. Hilary Bradt. Ten years ago you gave your business card to the lady at Sambava Voyages and she gave it to a schoolboy who wrote to you. But you were away, so your mother answered the letter. She wrote many letters. My name is Murille and I am that boy. And now I want to talk to you about Janet Cross and Brian Cross and Andrew and ..."

There followed a list of every member of my family. As I listened, incredulous, I remembered the original letter. "We love England strongly," he had written, "especially London, Buckingham, Grantham, Dover ..."

I remembered passing it to my mother, saying I was too busy for such a correspondence but maybe she'd like to write. She had kept it up for several years, answering questions such as "How often does Mrs. Hilary go to Grantham and Dover?" and she had sent a photo of the family gathering at Christmas, naming every member on the back of the photo.

This had brought an indignant letter from a cousin. "I have seen your photo. It is a very nice one. I asked Murille if he would lend it for one day only because we all study English so we must have photo of English people more to improve this language, but he refused me strongly because they are only his friends not mine."

Murille brought out the treasured photo. It had suffered from the constant handling and tropical heat and was peeling at the edges. He wanted to trim it, he explained, "but if I do I will have to cut off a bit of your mother's beautiful chair and I can't do that."

Later that year, I sent Murille a photo album filled with family photos. I never heard from him again -- that's the way it is in Madagascar -- but the story has a twist to its tail.

I recently went back to Sambava, twelve years after the original visit, and found myself addressing a classroom of eager adult students of English and their local teacher. Searching for something interesting to say, I told them about the time I was last in Sambava and the series of letters between Murille and my mother. And I told them about the cousin who also wrote to her. "I think his name was Patrice," I said.

The teacher looked up. "I'm Patrice. Yes, I remember writing to Janet Cross ..."